Catch up on some of the most exciting and impactful developments in science from this year, published on ASN and selected by our editors. 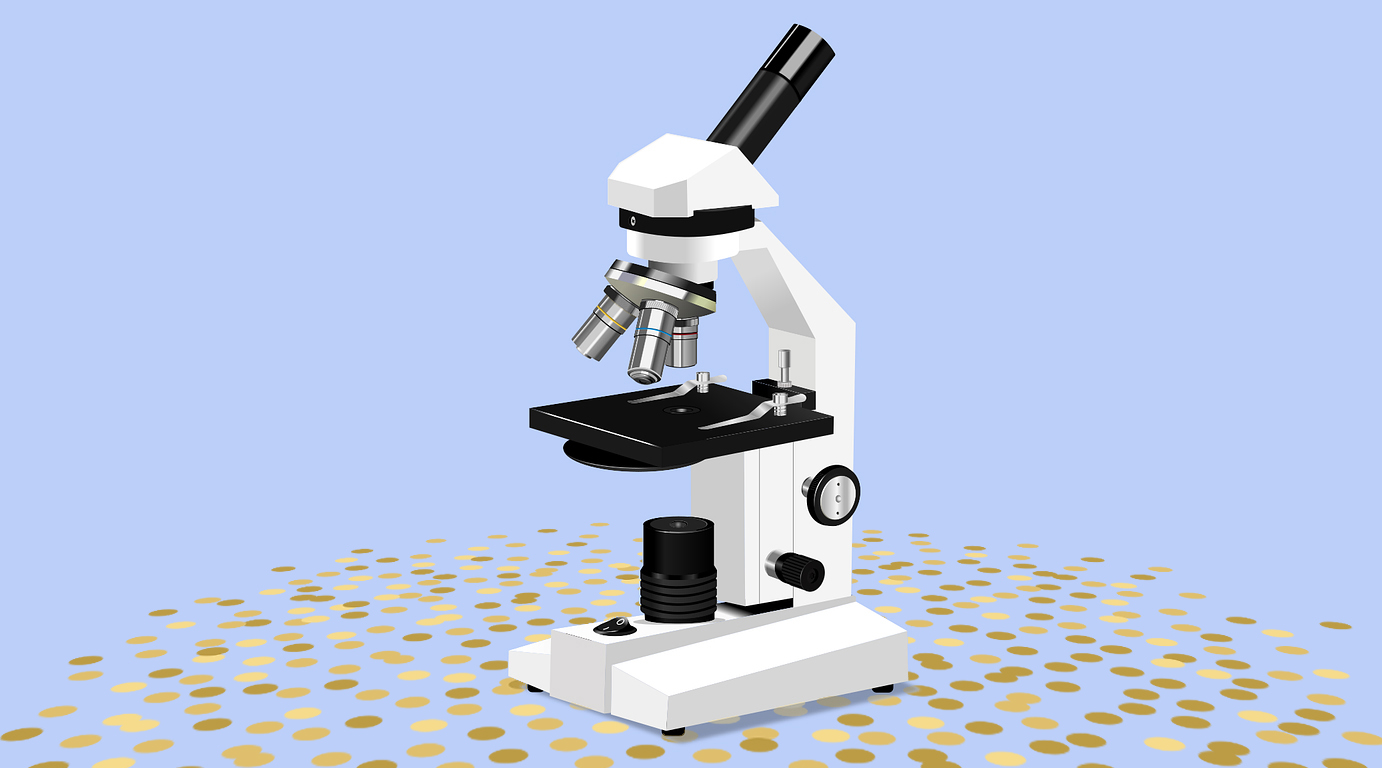 EAST is one of a number of promising nuclear fusion devices being researched around the world, where the goal is to recreate nuclear fusion on Earth in order to provide a steady stream of safe, clean, and sustainable energy. To do this, fusion reactors must heat atoms to around 100 million degrees Celsius, which is around 10 times hotter than the Sun — a challenge to say the least.

At such elevated temperatures, matter forms a plasma, which must be confined using strong magnetic fields. While effective, instabilities within the plasma build up after only a few seconds, which make long-term containment difficult. As a result, fusion reactions in these devices can only be sustained for a very short time, making the latest development from China’s HL-2M Tokamak an exciting milestone in the field.

The long-awaited launch of the James Webb Space Telescope took place on December 25, 2021. A joint program between NASA, the European Space Agency, and the Canadian Space Agency, “Webb” will be the largest, most complex space observatory to date and a successor to the Hubble Telescope.

Fitted with a powerful suite of instruments, it will image the universe in infrared, seeing further than ever before and allowing astronomers to look back to the very first stars and galaxies, which formed when the universe was a mere 100,000,000 years old.

Webb will also allow scientists to gain new insights into the physical and chemical properties of planetary atmospheres — those in distant galaxies and within our own solar system — to not only learn more about alien worlds, but to possibly answer the lingering question: does life exist elsewhere in our universe?

“Webb has this broad power to reveal the unexpected. We can plan what we think we’re going to see, but at the end of the day, we know that nature will surprise us more often than not,” said Webb scientist Klaus Pontoppidan.

Many important scientific milestones have been achieved thanks to high-performance computing. However, as our capabilities and the amount of data that we generate each year continue to grow, so do their contributions to carbon emissions.

The problem is, little research has gone into determining exactly how much greenhouse gas is produced by computing. There also exists a disconnect between researchers carrying out computations and the end result. “Computing time is virtually free for a lot of scientists […],” said Loïc Lannelongue, a Ph.D. candidate in AI and medicine at the University of Cambridge. “Factoring in the environmental cost would shatter this illusion and would help us acknowledge our contribution to the man-made climate emergency.”

Lannelongue and his colleague Jason Grealey, led by Professor Michael Inouye, therefore developed an open-source tool to estimate the carbon footprint of any computational task, such as powering laptops or servers in a data center.

The new algorithm helps identify what factors influence the environmental impact of a task as well as concrete ways to reduce it. The calculator also puts the result into context by comparing it to driving or flying, and shows how many months it would take a tree to remove this quantity of CO2 from the atmosphere. “We hope that this work is a steppingstone towards normalizing the acknowledgment of carbon footprints in research projects,” said Lannelongue.

Our awareness to the risk of airborne pathogens has dramatically increased in the last two years, and with it, the fact that we have very few preventative options when it comes to controlling their transmission. Given that for many viral infections — such as influenza and, of course, the coronavirus family — the nasal cavity is a primary route of infection, nasal sprays have been circulating as a possible route for the delivery of therapeutics ranging from vaccines to preventative medicines.

In addition to an announcement made at the end of 2021 in which two new inhalable COVID-19 vaccines have been approved for human clinical trials, researchers reported the development of a polymer composite spray that not only lowered the risk of SARS-CoV-2 infection, but also hindered transmission.

“The spray has been engineered to stick to the inside of the nose and to cover as large an area as possible,” explained Liam Grover, lead scientist on the proof-of-concept study from the University of Birmingham. “Once in place, one of the components in the spray creates a protective barrier between the cells and the virus, making infection difficult.”

The spray is meant as a preventive measure rather than a treatment, with the potential to be used in places where people are unable keep distance or are likely to be in a confined area for a significant amount of time, such as on trains or planes. It is, however, unlikely that we’ll see its application in the current pandemic, but this demonstrates the capabilities of a burgeoning area of formulation.

What if the energy released when freight trains slow or stop could be applied to carbon capture technology?

Rail is an incredibly efficient and large-scale form of transportation, but an inordinate amount of energy is needed to start and stop a massive train. This energy is mostly wasted as heat, but a new Texas-based startup called Co2Rail is looking to use it for the better.

The company’s idea is to capture the wasted energy produced through a train’s braking system to power their carbon capture technology. While there are many different types of carbon capture technology being developed and implemented, most, if not all, require heat energy to collect rogue carbon dioxide. Co2Rail’s idea removes the input of new energy from the equation, instead relying on recycled heat from the train’s braking.

To capture the carbon dioxide, Co2Rail is developing train cars that will suck carbon rich air in through the forward moving end. There, the carbon dioxide will be condensed into a liquid for storage and disposal, and carbon-free air will be released. These new train cars can be easily attached to freight and passenger rail.

On a day no different than any other, a sudden disaster obliterated this once great city of Tall el-Hammam, strategically situated in the Jordan Valley. Not the eruption of a volcano, but a meteorite exploding when it hit the Earth’s atmosphere with a force of about 1000x that of the Hiroshima atomic bomb.

Such events are called meteorite airbursts, because rather than impacting directly into the ground, the meteorite impacts and explodes higher in the atmosphere.

Scientists claim to have found evidence for temperatures greater than 2000 °C in the Middle Bronze Age stratum, dating to about 1650 BCE — things like pottery with surfaces which had melted into glass, melted building materials, and even “shocked quarz”, a substance that was only first discovered in the impact craters of nuclear bomb test sites in the 20th century. Though the study has elicited a degree of controversy within the field of archeology.

Whilst the authors stress that attributing biblical stories to historical events is not the focus of their paper, they do touch on the question as to whether Tall el-Hammam could have been the city of Sodom, which according to the Book of Genesis, God destroys with “fire and brimstone” that hailed from the sky as punishment for the “wickedness” of the people of Sodom.

Whatever the historical truth of this site, it is clear that it would have had a profound and lasting impact on the area for years and potentially centuries afterwards.

Other than being absolutely adorable, research published back in October demonstrates ducklings’ impressive fluid mechanics skills.

The paper illustrates how ducklings use the waves generated by their mother to propel themselves through water. The project is based on the idea that when a duckling is riding the crest of a wave, it can be propelled forward by the energy of the wave itself. This phenomenon reduces the duckling’s drag, thereby offsetting the energy it would need to expend on paddling.

The researchers used a mathematical model to first study the movement of a single duckling trailing its mother. They found that a duckling would see a drag reduction at a distance less than or equal to 2.4 times the length of the mother. Even more so, the researchers found that this effect extends past the first duckling in the line, such that every duckling following their mother in a single file line would feel a reduction in drag. This means that a theoretically infinite number of ducklings can follow their mother without breaking a sweat!

In 2010, volcanoes in Iceland grounded flights for over a week. In 2021, Romanian researchers studied how Mount Vesuvius might have a similar effect.

Simona Andrei and her colleagues investigated how ash from an eruption of Mount Vesuvius could travel through the atmosphere. The researchers’ model relied on atmospheric circulation data from 1997 to 2016, and found that a plume of ash from the volcano could reach Romania in 24 hours on average.

In some cases, however, the ash reached the country in as little as six hours. The bulk of ash from the eruption would also occupy anywhere from four to 11 kilometers in the atmosphere, posing a hazard to commercial air travel.

Eruptions in Iceland in 2010 grounded planes across Europe for over a week, with 107,000 flights cancelled. Due to the lull, the airline industry worldwide lost over 148 million Euros per day as reported by the International Air Transport Association. The Romanian Airport Association reported over 20 million passengers traveling through the country’s airports in 2019, and the authors posit that an ash-related grounding of flights could have a profound impact on the country’s economy.

Coffee grounds are a major source of food waste, but they may also have some unique, polymeric applications.

A thermoset is a liquid polymer that can undergo curing to harden into a solid resin. However, researchers at the Université Côte d’Azur teamed up with Belgian company Orineo to research coffee’s role as a pivotal ingredient in thermosets.

One major issue with thermosets is that they require incredibly high temperatures to cure, which can be an obstacle in conventional applications like flooring. The research team, however, successfully developed a thermoset that can cure at room temperature, and relied on coffee grounds as a pivotal ingredient.

Caffeine in the grounds act as a reactive filler — the caffeine is a catalyst that triggers the curing process, allowing it to occur at room temperatures. One of the further benefits to using coffee as an ingredient in polymers like this, is that it is a nontoxic substance, which most catalysts used for room temperature curing of epoxies are. The coffee also gives the thermoset a dark, black color.