In 2010, volcanoes in Iceland grounded flights for over a week, and researchers in Romania are worried that Mount Vesuvius might do the same. 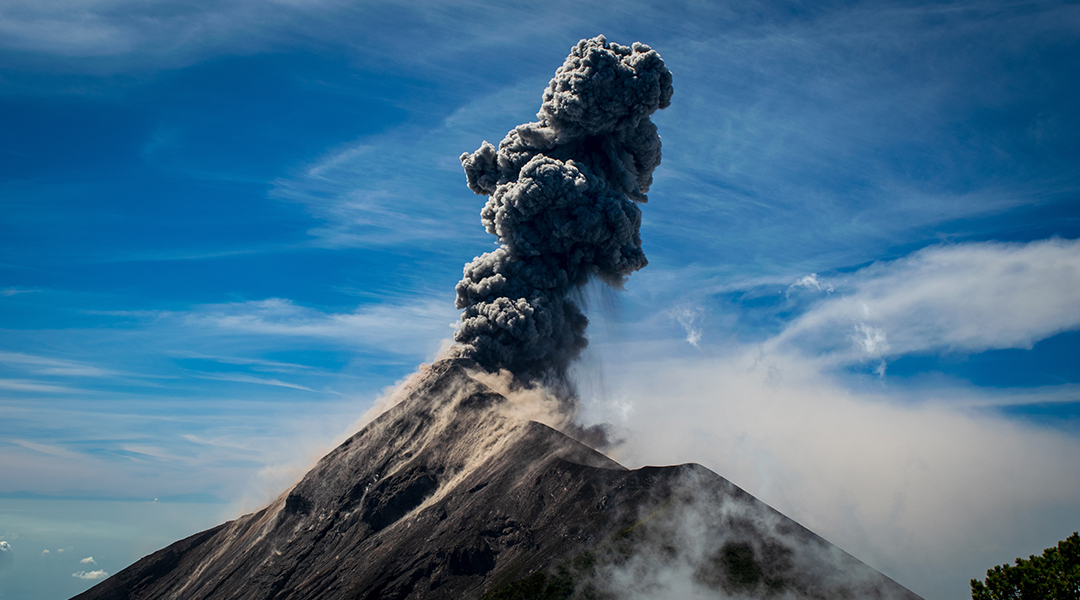 In 79 AD, Mount Vesuvius erupted on the Western coast of Italy. The eruption lasted two days and leveled human civilizations at the base of the mountain, like Pompeii. Mount Vesuvius apocalyptically ejected a cloud of superheated gas over 30 kilometers into the atmosphere, and rained pumice and ash on the ground below. This eruption is one of the deadliest in human history, and Romanian researchers are fascinated with one question: What if it happened today?

While the eruption over two thousand years ago was deadly, volcanoes in modern day pose a new threat to aircrafts, where ash from these eruptions can ground air traffic in nearby skies. Volcanic eruptions spew fine particles of ash (less than one millimeter) into the atmosphere, which linger and are transported across large distances. As these silica-rich particles remain in the sky, they may enter plane engines and will quickly turn into molten glass, sticking to the airplane’s intricate mechanics and causing them to fail.

In their study recently published in Meteorological Applications, Simona Andrei from the National Institute of Research & Development for Optoelectronics and colleagues specifically investigated transport of volcanic ash from Mount Vesuvius to Romanian airspace. Romania has Vesuvian ash in its soil, leading the researchers to believe that the biggest natural threat to Romanian air travel is an eruption from the mountain. Also, Mount Vesuvius is Romania’s closest volcanic neighbor, separated by only 1,000 kilometers. The volcano is classified as “type S” by the United States Geological Survey, which means that its magma is highly viscous and would lead to explosive eruptions that produce high columns of ash.

Airports across Central-Eastern Europe are at the mercy of the volcanoes in the Italian Mediterranean region, where Mount Vesuvius calls home. As such, the research team’s methodology can theoretically be applied to airspace across that region, despite being an investigation on Romania alone.

The researchers used a model to determine the trajectory of ash from the volcano using a few different variables. First, they relied on air circulation pattern data from 1997 to 2016 in the troposphere, which is the lowest layer of the atmosphere that encompasses most commercial air travel. Given the geographic location of Mount Vesuvius in relation to Romania, the researchers only used wind patterns that emerged from the southwest. These winds are the most likely to carry ash from the volcano to Romania. The team then loaded these data into a pre-existing volcanic ash trajectory model to map the flow of ash through the troposphere.

The most common behavior the team observed through their models characterized a plume of Vesuvian ash arriving in Romanian airspace 24 hours after an eruption. However, other data the team collected showed plumes able to travel that same distance in as little as six to 12 hours. Moreover, the bulk of the ash was located between four and 11 kilometers in the atmosphere between 24 and 48 hours after an eruption.

While volcanic eruptions will continue to sporadically persist throughout human advancement, it is crucial for us to learn how to live with them. The Romanian Airport Association reported over 20 million passengers traveling through the country’s airports in 2019. This study therefore helps shed light on a major demand in exploring how those navigating Romanian (and, more broadly, European) airspace can best respond to and avoid the effects of a volcanic eruption from Mount Vesuvius—a demand that is mostly fueled by economics.

Eruptions in Iceland in 2010 grounded planes across Europe for over a week, with 107,000 flights cancelled. Due to the lull, the airline industry worldwide lost over 148 million Euros per day as reported by the International Air Transport Association. Studies like this help to generate a clearer picture of the volcanic threat to air travel by characterizing where volcanic ash goes after an eruption, and how long it persists in the atmosphere. With this information, airlines, pilots, and passengers are able to make more informed decisions about their flights.