What is a black hole?

Regions of spacetime where gravity is so strong that nothing, not even light, can escape! 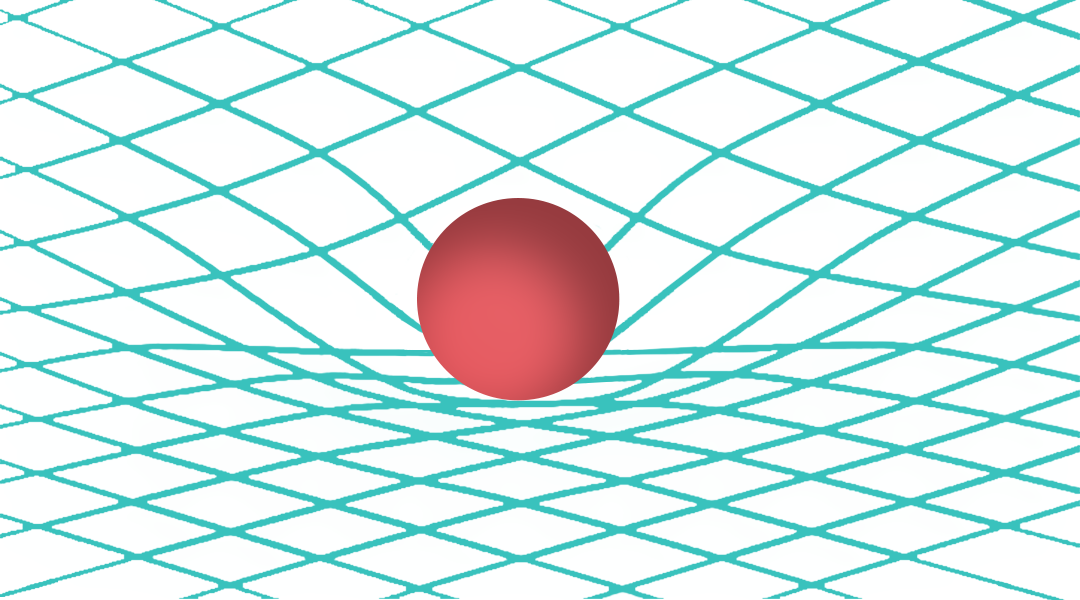 Somewhere lurking in the shadows of the universe lie regions of spacetime where gravity is so strong that nothing can escape. These points are called black holes, the trashcan of space, and there are potentially hundreds of millions of them in the Milky Way Galaxy alone.

Black holes were first hypothesized by scientists in the 18th century, but it wasn’t until two centuries later that their presence could be explained. While we’ve been able to directly observe them, we still don’t fully understand how they behave.

In 1915, Albert Einstein expanded on his previously published work around special relativity, which packaged the three dimensions of space and one dimension of time into one geometric model: spacetime.

In this new work — known as general relativity — he made the argument that a massive enough body would deform spacetime, like a bowling ball sitting on a trampoline, and any lighter body that interacts with that warping would feel the effects of gravity. He also realized that the more mass a body has, the more it deforms spacetime. This helps explain how black holes, which are incredibly dense, trap lighter objects — including photons — within them.

How do black holes form?

Stellar black holes usually form via the collapse of a massive star. If the star is not massive enough, it will collapse into a white dwarf or a neutron star instead. While the lower limit of what mass becomes a black hole is not fully understood, it is theorized to be somewhere around triple the mass of the Sun.

A star’s collapse occurs when it runs out of fuel, which is created through a process called nuclear fusion. In its simplest form, fusion occurs when a merger of two atoms, such as hydrogen, in a star’s core results in the formation of a new atom, helium.

Every time two atoms are fused, a massive amount of energy is released, which radiates outward as heat, light, and thermal pressure. Throughout a star’s lifetime, its outward thermal pressure is balanced with its gravity, keeping the star stable.

Fusion will continue to make heavier and heavier elements: helium fuses to make carbon, which fuses to make oxygen, which makes neon, which makes silicon. As the elements increase in size, the amount of energy produced through fusion decreases, which threatens the equilibrium by reducing the thermal pressure pushing back on the star’s gravity.

Finally, the star’s fusion will produce iron — a reaction that consumes energy instead of releasing it. As the fusion of iron consumes more and more of the star’s energy, the relative inward force of gravity increases rapidly, causing the star to collapse violently.

The event horizon and the accretion disk

It is important to note here that this is only true if the black hole does not have an electric charge or angular momentum. This area is also characterized by the accretion disk, an area completely separate from the event horizon.

The accretion disk is illustrated in photos and renderings as a glowing halo consisting of matter orbiting the black hole. This matter is heated to tens of millions of degrees, causing it to emit different wavelengths of electromagnetic radiation, including visible light.

As this superheated mass orbits, it can appear to an observer on Earth as lopsided, uneven in its brightness due to the flow of matter entering the disk. Another reason for the accretion disk’s uneven brightness is the Relativistic Doppler effect — the side orbiting toward the observer will be perceived as brighter.

Einstein’s theory of general relativity states that increased gravity has the effect of slowing down time. This phenomenon is called time dilation, and as an object approaches the event horizon, it will begin to experience the black hole’s immense gravity and subsequent time dilation.

It will appear to an outside observer to red-shift, as the wavelengths of light reflecting off the object become longer under the influence of the black hole’s gravity.

To this outside observer, the object will also move slower and slower toward the black hole, eventually fading from sight when it finally crosses the event horizon. However, the object itself will experience time passing at a normal rate.

Black holes are known for the incredible amount of gravity associated with them, and the effects of this gravity on mass approaching the black hole are quite interesting. If an observer was falling toward a black hole feet first, they would experience stronger gravitational effects at their feet than at their head, much like we do on Earth. However, since a black hole’s gravity is so strong, this gradient will have baffling effects.

As the observer gets closer and closer to the black hole, they will undergo a process aptly called spaghettification, where the difference in gravity between their feet and head would stretch the observer lengthwise toward the black hole.

In 2016, scientists directly detected the far-reaching remnants of two black holes — 29 and 36 times the Sun’s mass — merging. The collision released gravitational waves, or ripples, in the fabric of spacetime. These waves were proposed by Albert Einstein in 1916 as a consequence of his theory of general relativity. But a century after they were proposed, the physicists at the Laser Interferometer Gravitational-Wave Observatory detected them, confirming their existence.

In 2019, the first photograph of a black hole was captured by the Event Horizon Telescope. Every pre-existing image of a black hole was a rendering or an illustration, not an actual picture. Capturing a black hole is incredibly difficult given that they appear relatively small due to their distance from Earth. What light signatures are detectable from the accretion disk are frequently obscured by clouds of interstellar dust or other astronomical bodies. Astronomers at eight observatories across the globe, from Arizona to Antarctica, instead, collected radio wave signatures from a black hole located across the universe, and compiled them into a single image.

In 2020, the Nobel Prize in Physics was awarded to three scientists who studied black holes. Roger Penrose received his share of the prize by confirming that black holes are a consequence of general relativity using complex mathematics. While Einstein originally believed that black holes were theoretical, Penrose’s work proved that they could, in fact, exist in the natural world.

Reinhard Genzel and Andrea Ghez shared the other half of the prize for their work in confirming the presence of the supermassive black hole at the center of the Milky Way. Since the 1990’s, these astronomers and their teams have been tracking the orbits of stars around the center of our galaxy, and deduced that something invisible and incredibly dense was the culprit: a black hole the size of our solar system, yet four million times the mass of the Sun.

Black holes are mysterious anomalies, where the most fundamental theories of physics are pushed to the limit. As our ability to detect and study them becomes more and more advanced, we inch ever closer to understanding their existence.

The editors at Advanced Science News would like to thank Professor Maria Montserrat Jaurez, associate professor of mathematics and physics at Arkansas State University Campus Querétaro, for her contributions to this article.