New research in fluid mechanics has found that our feathered friends have been using waves to make swimming easier. 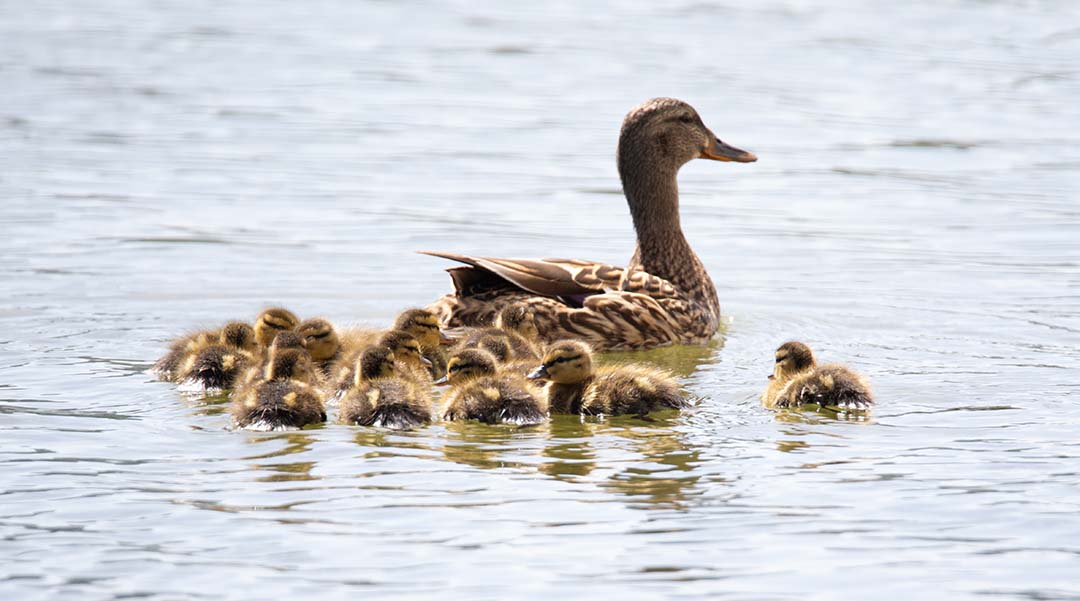 Mathematics and physics can be found in abundance throughout nature. From the ability of bees to build identical and repeating hexagonal honeycombs, to the seemingly endless intricacies of a fractal coastline, the laws that govern science logically govern nature. A new study has researched a similar application of physics in an unlikely place: ducks.

The new paper, published in the Journal of Fluid Mechanics, identifies two key mechanisms that allow a formation of ducklings to effortlessly and efficiently float through the water while following their mother.

As a duckling floats on water, like other floating objects, it experiences the force of hydrostatic pressure — as gravity pushes the duckling down into the water, the water pushes back upward, allowing it to float. On a calm, unmoving body of water, the duckling will experience a consistent amount of pressure from the water across the area of its body that is submerged. However, if the duckling is then situated on a wave, this equilibrium is threatened.

The researchers rely on the drag reduction coefficient to quantify this phenomenon. Positive values indicate that a duckling’s drag is reduced — the closer this number is to 100%, the less drag the duckling feels from the water. Negative values of the drag coefficient represent an increase in drag. Values over 100% represent scenarios where the duckling experiences no drag and is instead propelled by the wave it is riding.

Through a mathematical model, the authors first studied the behavior of one duckling following its mother. In this scenario, they found that a duckling will receive drag reduction on any wave crest up to a distance of 2.4 times the length of the mother duck, which is about five wave crests. The researchers also found that the mother duck receives a benefit from this configuration, where the forward motion of the duckling pushes the mother forward when the duckling is positioned at the wave crest directly behind her.

The findings of this study illustrate just another way that nature is governed by science, and humans seem to be catching on. Yuan, Chen, and the authors discuss how these findings are in line with research on similar scenarios involving triathlon swimmers and the interactions between ships. They also explain that these principles can be applied further to real-world scenarios, such as developing more fuel-efficient freight vessels for transporting cargo across the ocean.