What is the Internet of Things?

The idea of connecting all physical things together: let’s delve into how the Internet of Things is changing the world. 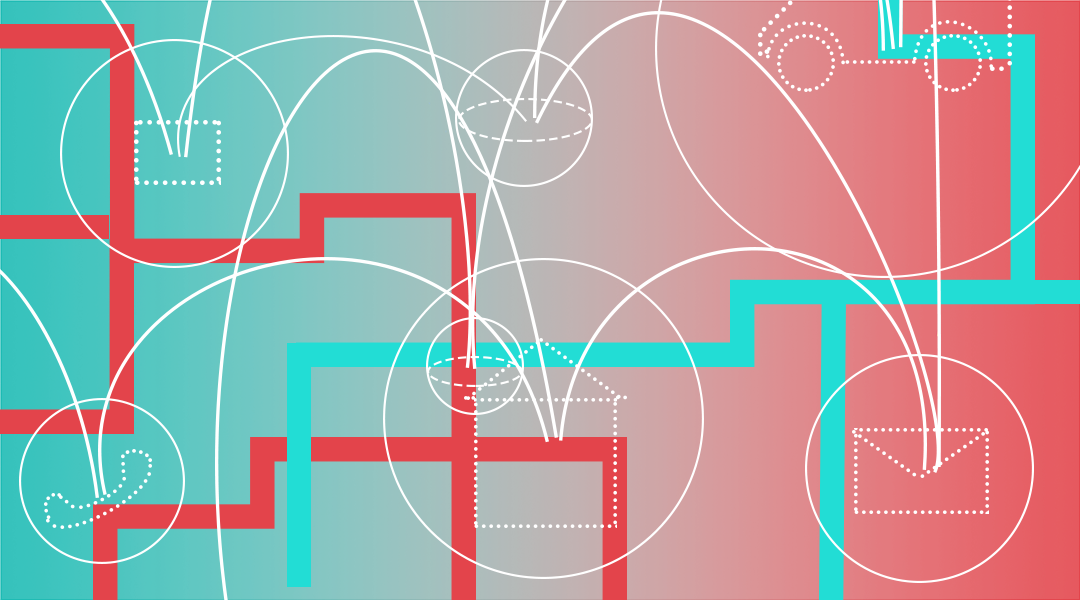 Sprawling networks of connected devices, the Internet of Things (IoT) is a system made up of billions of devices, modernizing everything from how we travel to how we run our businesses and monitor our health.

In its broadest sense, IoT refers to physical objects traditionally not considered computers that are connected to each other via the internet. Pill bottles, dog collars, self-driving cars, lights, fitness devices, a factory line — all can be wirelessly connected through embedded sensors, allowing them to communicate, exchange data, and build an ever-growing network.

But what do we gain by connecting all these devices? Here, we delve into the potential benefits and pitfalls of IoT and the role it’s playing in driving the Fourth Industrial Revolution.

The history of IoT

The name “Internet of Things” was coined in 1999 by Kevin Ashton, but the idea of an “embedded internet” or “pervasive computing” originated in the early 1980s. The first example of a connected IoT device was a Coca Cola machine at Carnegie Melon University. Before making the arduous trip to the vending machine, programmers would connect to it through the APRANET — a precursor to today’s internet — to ensure it was stocked and the temperature of the drinks was cold enough.

However, it wasn’t until 1999 that the concept really took form, developed by Ashton while working as a brand manager for Procter & Gamble. His initial proposal was to use an IoT to better monitor the movement of the company’s products through its supply chains using radio frequency identification (RFID) tags. This would ensure stores were properly stocked, weaknesses in the chain could be easily identified, and efficiency overhauled.

The idea took off and by 2010, corporations and startups around the world, including IBM, Cisco, Gartner, and Nest labs bought by Google in 2014, were all embracing and developing IoT.

How does IoT work?

Although IoT might seem like an abstract idea, there are many examples of it already working in the real world. As long as a device is able to connect to the internet and transmit data through embedded sensors, it can be considered an IoT device.

Devices are connected and synced to one another using an IoT platform, which is software that manages and automates the connected devices. In essence, it acts like an orchestra conductor, ensuring all devices are working in harmony, collecting and distributing data, converting data between protocols, as well as storing and analyzing it to identify patterns to make recommendations and diagnose possible problems.

Where is IoT being used?

A prominent example of IoT use is “smart homes”, which rely on connected devices — such as thermostats, lights, media, and security devices — to make our home life easier and more efficient. For example, your garage door opener could be linked to a number of in-home devices, alerting them to your return. As a result, your lights and thermostat might turn on before you get inside and your smart coffee maker might also have a warm cup of coffee ready and waiting.

Voice-controlled devices in smart homes can also help users with sight and mobility limitations navigate their surroundings; alert systems linked to implanted devices, such as cochlear implants worn by hearing-impaired users, can do the same.

Fitness trackers, real-time disease sensors, and connected diagnostic devices are revolutionizing the healthcare industry through the “Internet of Medical Things”. One notable application is ingestible sensors, which are pill-sized devices that can monitor our guts for disease, help improve our diet, or inform a caregiver or family member if an elderly patient has forgotten or taken the wrong medication.

On a larger scale, IoT is helping drive “smart city solutions” by allowing cities to collect and analyze big data through networks of smart sensors and utility meters. This is expected to improve resource management, transportation networks, and living conditions within the city, for example, by syncing traffic lights to optimize traffic flow or by monitoring air quality. Monitoring water and energy use can also lead to solutions for conserving these resources, for example, by exploring grid storage options for businesses and residences connected to the city’s smart grid.

These are but a few of numerous examples. Combined with AI and machine learning, IoT offers significant opportunities to interconnect devices, with its boundaries defined only by a developer’s imagination.

As with any technology, there are both pros and cons to its use. Convenience and efficiency are great, but we still need to explore the impact that this connectedness will have and what vulnerabilities it could create.

As sensors and videos become more common in public places, more personally identifiable information is being collected and stored, raising questions of consent and transparency in data handling. Smart cities have the ability to make citizen’s lives better, and proper policy can prevent data collection from becoming too invasive. Smart emergency services systems, for example, have built-in regulations about what they are allowed to capture, how long it can be stored, and where it is allowed to be sent.

A secondary, but no less important challenge with IoT is securing connected devices and protecting them from being hacked. With connectedness comes the possibility that through any device, a hacker could gain access to a whole network of information. On a city-wide scale, this challenge goes beyond the protection of personal data to a hacker’s ability to manipulate vital resources and systems such as air and water quality, as well as food supply.

As IoT networks grow, securing an increasing number of devices and their stored data poses new challenges. However, security for IoT is its own area of research and innovative solutions are constantly being developed to protect us from threats and breaches.

From a personal data protection point of view, there are scores of tips online to help boost your own data security, and governing bodies are taking an interest in establishing new regulations related to IoT privacy and security. Both the EU’s Article 29 Working Party and the US Federal Trade Commission published reports in 2014 and 2015, respectively, assessing the regulatory challenges these emerging technologies present.

How IoT can effectively be managed and regulated is an ongoing debate. Experts acknowledge that, as we move forward with this technology, established standards are needed to avoid security mishaps.

Despite these challenges, many are embracing this era of smart devices and the potential benefits that they will bring to us. Though still in its infancy, IoT is growing and will change the world as we know it.

Holograms that can interact with the real world
Smart clothing for more energy savings
Detecting gamma rays with giant perovskite crystals
Is the UK's Forensic Regulator role fit for purpose?