Drinking coffee out of coffee: The material potential of spent coffee grounds 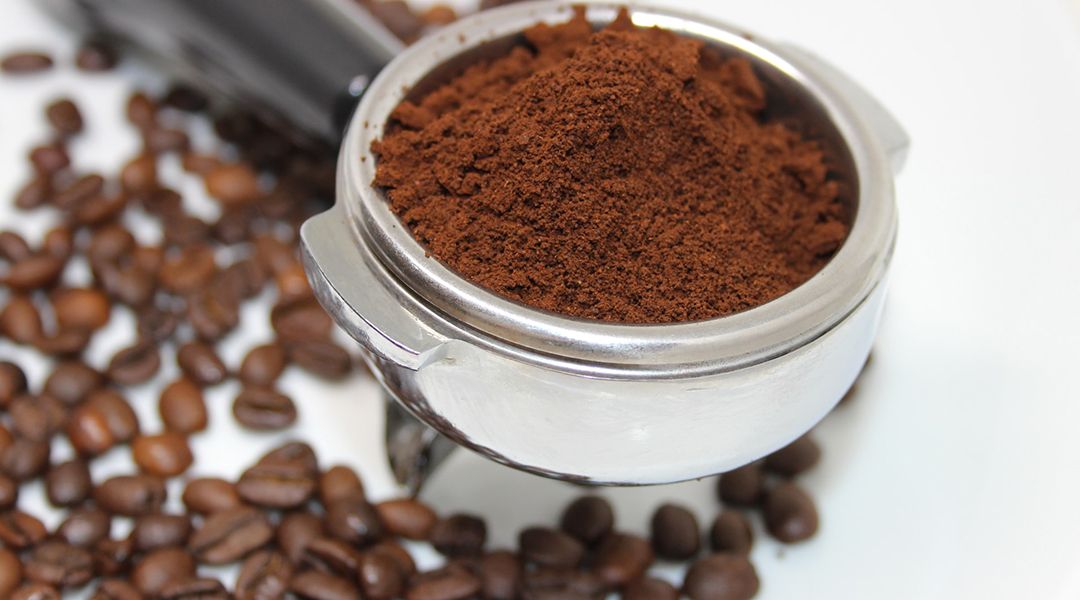 Spent coffee grounds (SCGs) are a major source of food waste around the coffee-drinking world, but in recent years, materials scientists have been looking into barristas’ bins for inspiration. It turns out that used coffee grounds are an excellent source of durable, biobased polymers suitable for a whole range of applications.

Now, scientists at the Université Côte d’Azur have teamed up with Belgian company Orineo, to develop wholly bio-based epoxy resins with spent coffee grounds as the key ingredient.

Publishing in Macromolecular Materials and Engineering, SCGs were used as a filling material in a purely natural thermosetting polymer, or “thermoset” — a type of liquid polymer which undergoes irreversible hardening into a resin in a process known as curing.

The thermoset was made from linseed oil, citric acid, and ethyl lactate — a naturally occuring compound found in some foodstuffs — and a big advantage in this process is the curing can take place at room temperature.

“Curing at room temperature is very important because in many applications — for example flooring — it is not possible to use higher temperatures,” explained Nicolas Sbirrazzuoli, professor of physical chemistry at the Université Côte d’Azur. “In addition […] our formulation only uses bio-based and non toxic monomers. Generally, hardeners present some toxicity which is not the case here, and the pigments used for color can also present some toxicity which is also not the case here thanks to the use of coffee grounds.”

Nathanaël Guigo, lead author of the paper, took up this point. “Here the coffee grounds play the role of a ‘reactive filler’ but also give a very nice and smart black color to the final product. Without addition of spent coffee grounds the resins would have been simply yellowish… so not really aesthetic.”

The “reactive filler” that Guigo referred to alludes to a surprising but crucial property of SCGs when used as a filler: they also act as a catalyst in the curing process. How? Caffeine!

As well as giving us an extra energetic boost, caffeine also catalyzes the curing process of the thermoset, which is one of the reasons this can happen at room temperature.

“In addition,” explained Sbirrazzuoli, “to perform curing at room temperature, other available systems use some few percents of catalyst to boost the reactivity. These catalysts are always toxic, but [no such] catalysts are used in our system, which is also a main advantage.”

The end result in all this is a hard, non-toxic, and durable polymer resin suitable for a range of applications from flooring materials, worktop surfaces, and yes, even coffee cups!

“The coffee grounds are not recycled,” explained Guigo, “they are re-incarnated, i.e., they have a completely new life.”

The team envisages that if SCGs become an established and useful good — and not just a type of food waste — new opportunities in supply chains and logistics would need to take place. “This is possible at large scale level,” said Guigo, “collecting of spent coffee [would be needed from] sufficiently large environments such as big companies, hospitals, universities, restaurant chains, where the coffee can be treated/dried rapidly (to avoid moisture development) and then re-processed in such composites.”

Getting renewable ethers on the road
Scientists observe ultrafast proton transfer reaction
Photosynthesis of green methanol from methane
What do carbon capture and beer bubbles have in common?