Meteorite exploding in the Earth's atmosphere thought to be responsible for sudden and violent destruction of city 3600 years ago. 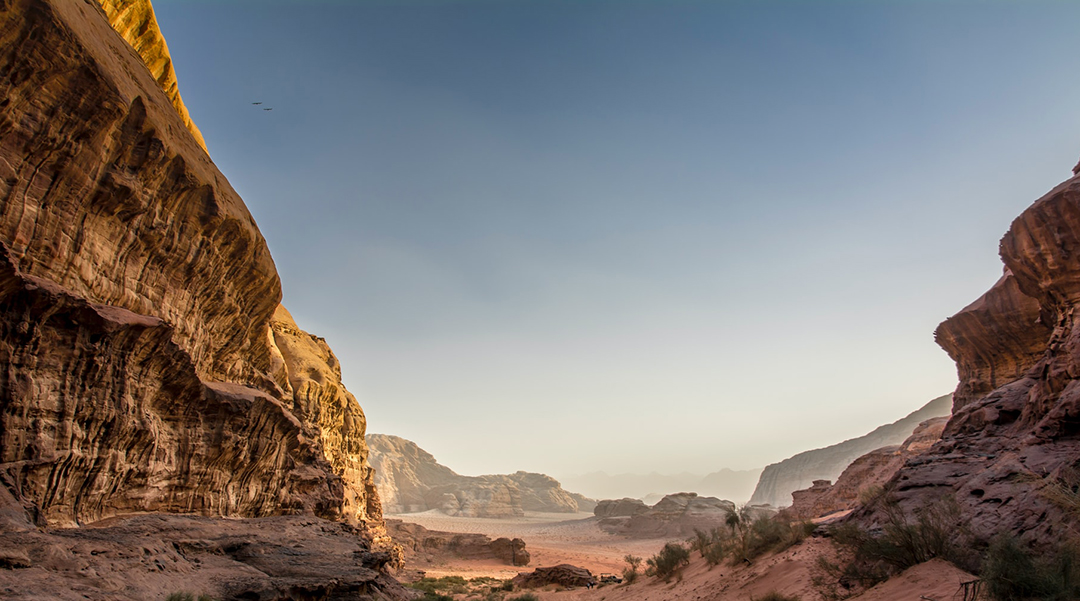 About 3600 years ago in the Middle Bronze Age — about 1650 BCE — people in the major city of Tall el-Hammam would have been going about their delay business. The important city, strategically situated in the Jordan Valley, would have been buzzing with activity; people selling their goods at the market; farmers bringing in their goods from the fields; scribes and administrators taking account of the palace’s expenses; perhaps those who had the leisure of time were packing for a trip to the nearby Dead Sea.

But on a day no different than any other, a sudden disaster of such a magnitude — perhaps not seen again until that which befell Pompeii about 1700 years later — obliterated this once great city. Not the eruption of a volcano, but a meteorite exploding when it hit the earth’s atmosphere with a force of about 1000x that of the Hiroshima atomic bomb.

Such events are called meteorite airbursts, because rather than impacting directly into the ground, the meteorite impacts and explodes higher in the Earth’s atmosphere. Whilst this may not sound dangerous, on the contrary, such airburts cause heat and shockwaves that can cause widespread destruction on the ground.

Perhaps the most well-known meteorite airburst is the Tunguska Event, which occured when a meteorite exploded in the Earth’s atmosphere on the morning of June 30, 1908 over the Podkamennaya Tunguska river in Russia, flattening every tree in a 2150 km2 area. Luckily, this was in the remote wilderness of Siberia, and whilst the trees suffered casualties of about 80 million, the human death toll is thought to have been no more than three. Had this occurred over an urban area, the human toll would have been utterly devastating, as the inhabitants of Tall el-Hammam tragically learned.

How do we know this?

The site of Tall el-Hammam is a wonder for archaeologists and biblical scholars as the area is rich in layer upon layer of evidence of settlements from the early copper age and later, offering a unique picture of an area built and re-built over thousands of years.

But there is a big layer in the Middle Bronze Age stratum, dating to about 1650 BCE, that stands out from the rest. This layer contains artifacts which show particular damage from some sort of high-temperature event. Temperatures so high that they wouldn’t have been possible from the ancient technology used at the time.

Publishing in Scientific Reports, scientists led by James Kennett and his team from UC Santa Barbara saw evidence for temperatures greater than 2000 °C; things like pottery with surfaces which had melted into glass, melted building materials, and even “shocked quarz”, a substance that was only first discovered in the impact craters of nuclear bomb test sites in the 20th century.

Kennett’s team just happened to be researching another potential airburst event from over 12,000 years ago, and so the heat-damaged materials at Tall el-Hammam looked familiar. They seized the opportunity and partnered with Philip Silvia, a biblical scholar at Trinity Southwest University, to try and find out what happened to this city and its biblical destruction.

This is a great story of physical sciences meeting scholarly history. The team explored a range of scenarios that could account for the physical evidence found at the site and the general destruction of a city, from warfare to accidental fires, to natural causes like earthquakes and volcanoes. A military explanation was ruled out because apart from destroyed items and heat damage, other evidence found at known ancient conflict zones — such as arrowheads and other weaponry — were nowhere to be found. Geological evidence of earthquakes and volcanoes were also lacking, at least from this time period. Besides, the temperature required to turn pottery into glass were impossible from urban fires caused by warfare or accident.

All evidence pointed to a high-impact event that could have only have come from a meteorite airburst. The main evidence for this dramatic conclusion was the shocked quartz, which was found at no other layer, and is only known to occur following intense and sudden pressure on normal quartz.

This layer also showed unusually high concentrations of salt in the soil. “The salt was thrown up due to the high impact pressures,” Kennett said in a press release on UC Santa Barbara’s website. “And it may be that the impact partially hit the Dead Sea, which is rich in salt.”

Whilst the authors stress that attributing biblical stories to historical events is not the focus of their paper, they do touch on the question as to whether Tall el-Hammam could have been the city of Sodom, which according to the Book of Genesis, God destroys with “fire and brimstone” that hailed from the sky as punishment for the “wickedness” of the people of Sodom.

The high salinity found in the layer also finds tantalizing echoes in the story, as the wife of one of Sodom’s inhabitants turns into a pillar of salt for daring to look back at the destruction. There is however little scientific evidence that Tall el-Hammam was in fact the city of Sodom. “Nevertheless,” write the authors in the paper, “we consider whether oral traditions about the destruction of this urban city by a cosmic object might be the source of the written version of Sodom in Genesis. We also consider whether the details recounted in Genesis are a reasonable match for the known details of a cosmic impact event.”

Whatever the historical truth of this site, it is clear that it would have had a profound and lasting impact on the area for years and potentially centuries afterwards. It is postulated, but not proven, that this event was a contributing factor to the so-called “Late Bronze Age Gap”, a “gap” in the chronological record of the Bronze Age where the population of the lower Jordan Valley was severely reduced as people apparently abandoned cities in huge numbers. A couple of centuries after this airburst we also see the beginning of the Late Bronze Age Collapse, a sudden and potentially violent end to many civilizations and cultures in the eastern Mediterranean before the ascent of the Iron Age, which scholars still debate over its exact causes and significance.

Quotes adapted from a press release.

Renewable energy from wildflowers for a more sustainable bioeconomy
This month in pictures: April
What ever happened to combinatorial materials discovery?
Your brain: Built by cilia