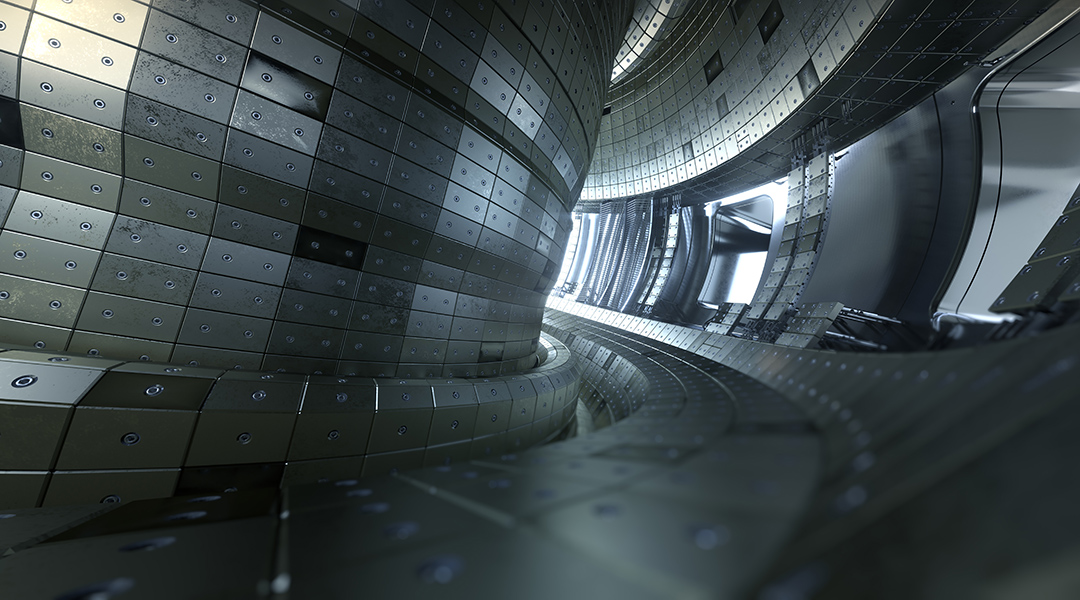 China’s Experimental Advanced Superconducting Tokamak (EAST) set a new world record last week when its “artificial sun” achieved a plasma temperature of 120 million degrees Celsius for 101 seconds, and 160 million degrees Celsius for 20 seconds. The team, made up of over 300 scientists, say this is an important step forward in the development of a viable nuclear fusion reactor.

Nuclear fusion is the power source of stars, where atomic nuclei are merged and, in the process, release enormous amounts of energy. This requires extreme pressure and temperatures to achieve — for example, inside the Sun, intense gravity pushes atoms together and temperatures of 10 million degrees Celsius result in the fusion of hydrogen atoms into helium.

EAST is one of a number of promising nuclear fusion devices being researched around the world, whose goal is to recreate nuclear fusion on Earth to provide a steady stream of safe, clean, and sustainable energy.

Compared to carbon-based fuels, such as coal, oil, and natural gas, which are limited and pose a threat to the stability of the environment, nuclear fusion reactors are fueled by deuterium and tritium atoms, two stable isotopes of hydrogen. Deuterium is found in abundance in our oceans and is extracted through well-established industrial processes, while tritium can be obtained from lithium.

Of course, fusion of any two atoms is theoretically possibly, but with the present state of technology, the fusion of deuterium and tritium atoms into helium is considered the “easiest” way to produce commercial electricity since this mixture fuses at a comparatively low temperature and its energy yield is the largest compared with other reactions.

The challenge lies in the fact that to generate enough energy to produce electricity, these fusion reactions need to take place at temperatures around 100 million degrees Celsius, which is around 10 times hotter than the Sun. This is because the atoms need enough energy to overcome a barrier of repulsion to form a new element — in the same way that the same poles of a magnet will repel one another, protons in the atom’s nucleus do the same.

At such elevated temperatures, matter forms a plasma, which is the fourth state of matter, and is essentially a gas of electrically charged particles such as ionized atoms and free electrons. “Plasmas are very tenuous environments, nearly one million times less dense than the air we breathe,” write ITER scientists. “Fusion plasmas provide the environment in which light elements can fuse and yield energy.

“Three conditions must be fulfilled to achieve fusion in a laboratory: very high temperature (to provoke high-energy collisions); sufficient plasma particle density (to increase the likelihood that collisions do occur); and sufficient confinement time (to hold the plasma, which has a propensity to expand, within a defined volume).”

One way to achieve these conditions is through a method called “magnetic confinement”, where plasma is confined and manipulated using strong magnets to deflect and confine the charged particles. This occurs inside a machine called a tokamak, which contains a ring-shaped magnetic chamber that absorbs the heat produced by the fusion reaction and converts it to electricity through the production of steam, which drives turbines and generators.

While the magnetic fields inside the tokamak are effective at confining the plasma, instabilities within the gas build up after only a few seconds, which make long-term containment difficult. As a result, fusion reactions in these devices can only be sustained for a very short time.

This is why the latest development from China’s HL-2M Tokamak is an exciting milestone in the field, beating the previous record of 100 million degrees Celcius for 20 seconds, established in 2020 by South Korea’s KSTAR reactor.

The EAST team say they plan to use the device in collaboration with scientists working on the International Thermonuclear Experimental Reactor (ITER) — the world’s largest nuclear fusion research project based in France, which is expected to be completed in 2025.

The scale to which such reactors will be able to produce energy outpaces any other energy source available on Earth. While it provides some hope for a carbon neutral future, researchers caution that this technology is still in its development stages and will likely not be viable for another 30 or so years.