What are mRNA vaccines?

With a long history of development, mRNA vaccines are finally making their debut and changing the face of the COVID-19 pandemic. 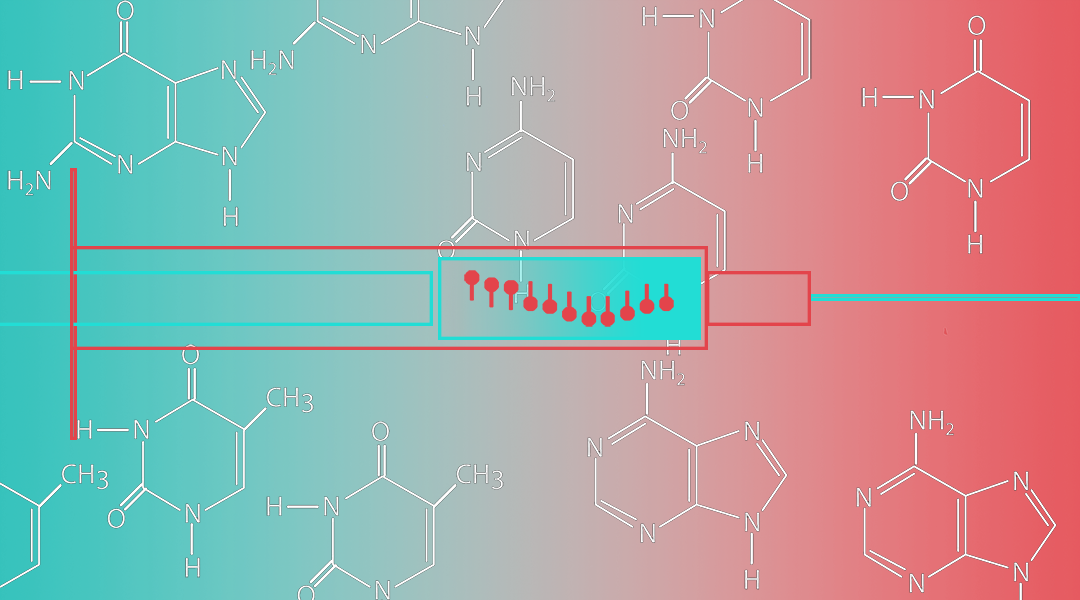 Over the course of the COVID-19 pandemic, mRNA vaccines have entered the public lexicon as a new term for a revolutionary type of vaccine which until late 2020, had only ever been used in clinical trials.

Yet mRNA vaccines have been around — at least in the laboratory — since the early 1990s. They have been used in human trials against viruses such as Zika, rabies, cytomegalovirus, and influenza, and have even been tweaked to combat diseases caused by our own genes such as cancer and cystic fibrosis.

So, what exactly are mRNA vaccines? How do they differ from conventional vaccines? And what do they mean for the future of disease prevention?

Back to basics: Genetic material

Before we go straight into what an mRNA vaccine is and how it works, we first need to know what RNA is, which requires some background knowledge about genetics in general.

RNA functions as a template for proteins, biomolecules that carry out essential reactions in our bodies. RNA is very similar to DNA in that it carries genetic information, however, the two differ in terms of their molecular building blocks and the fact that RNA is single stranded. It is for these reasons that some speculate early life was RNA-based, and less primitive, DNA-based life evolved later.

But why is this important for the topic at hand? Because whilst we have DNA as our genetic material, we still have and use RNA, and indeed would not be around without it.

Back to basics: Protein synthesis

It was mentioned earlier that life is essentially about proteins and genetic codes that are the blueprint for these proteins. How exactly DNA codes for proteins comes down to what makes up proteins: amino acids. The order in which different amino acids are linked together in a chain determines the function of the protein they make, whether that’s the pigment that makes some people’s eyes brown, or enzymes to break down certain foodstuffs. Proteins are unimaginably versatile tools that are vital for the proper functioning of life.

Proteins are made in the cell in a process called protein synthesis. But this process is of course not random; the instructions, or code, for the order in which amino acids are linked are found in our DNA as a sequence of three nucleobases is called a codon.

In scientific terms, this 12-letter sequence of nucleobases is the gene for the “protein” MWWM. In reality, proteins contain hundreds if not thousands of amino acids and their genes are correspondingly huge. The human gene responsible for brown eyes, for example, contains over 300,000 base pairs. You can see why we chose an example of just 12!

Back to basics: mRNA

Now that we have the code (or gene) for our example protein sequence, messenger RNA, or mRNA for short, steps in. It acts as the “go-between” from gene to protein — the “messenger” telling the cell’s ribosome what proteins to make — and is complementary to one of the DNA strands of a gene.

In the cell nucleus, as well as DNA, there also exist free nucleotides — the basic building blocks of DNA — waiting to bind and to be linked together. These also include the RNA-specific nucleotide uracil (U), which just like DNA’s thymine (T), can form pairs with adenine (A). Beginning without gene from the previous example, ATG TGG TGG ATG, free nucleotides bind to it in the DNA strand during replication, creating the corresponding RNA sequence UAC ACC ACC UAC.

This new sequence is a strand of mRNA, and this process of making it is called transcription. When transcription is complete, the mRNA leaves the nucleus and enters the main body of the cell where it is picked up by ribosomes — cellular “machines” that make proteins from mRNA through a process called mRNA translation.

This requires another type of RNA called transfer RNA, or tRNA. tRNA are already bound to amino acids as stand-alone molecules of a codon plus its associated amino acid. Therefore, in the ribosome we have ready-made molecules of AUG for M and UGG for W (and many more of course).

Back to our example, with our mRNA strand with a nucleotide sequence of UAC ACC ACC UAC now in the ribosome, the tRNA–amino acid molecules begin bind to their corresponding codon partners, forming a new chain of amino acids with the sequence MWWM or AUG UGG UGG AUG. With the help of some extra molecules and enzymes, the tRNA codons detach from the amino acids and we have our string of MWWM — the very protein sequence that our model gene coded for!

So, what has this got to do with vaccines and how does mRNA play a role in this new mRNA vaccine technology?

Antibodies are your immune system’s way of recognizing a pathogen you have already been infected with so that the next time it enters your body, your immune system is ready to fight it off without you becoming ill. You have to crack a few eggs to make an omelet; you may have suffered chicken pox as a child, but at least you can never become ill from it again.

The purpose of a vaccine is to ready your immune system against a pathogen without having been infected with it before. You’ve made an omelet but your eggs are still intact!

The crudest form vaccines can take is injecting your body with a dead form of the pathogen so that your immune system can build antibodies against it. Vaccines against flu, rabies, polio, and hepatitis A all use this method.

A better method is to use a live but weakened version of the pathogen — it behaves like the real pathogen but is too weak to cause illness or become contagious. These types of vaccines provide stronger immunity and are called live-attenuated vaccines. Examples include the vaccines against measles, mumps, and rubella (MMR), smallpox, and chicken pox.

A more sophisticated method is to provide antigens — molecules or structures such as those found on the outside of pathogens — in the form of protein fragments to stimulate an immune response. When a real infection happens after vaccination, the body will be able to recognize these elements and bind to them to neutralize infection.

mRNA vaccines are entirely different from these previously described vaccine platforms in that they don’t use a live or dead version of the pathogen at all. One of the major drawbacks of the other types of vaccines is their difficulty in obtaining, culturing, and producing on a mass scale the inactivated or weakened pathogens in the first place.

What if our own cells could do all this instead? Despite their microscopic size, cells are fantastic and efficient molecular factories, capable of manufacturing the most complex of proteins using RNA templates.

mRNA vaccines work by synthetically producing an RNA copy of a desired gene and introducing this RNA into your somatic cells where it can now act as mRNA. With advances in genetics, scientists can determine the genetic code of a desired pathogen, such as SARS-CoV-2. With these genomes, we can also see which of the pathogen’s genes codes for its antigens. In the case of SARS-CoV-2, one of these antigens is the infamous spike protein on the outside of its viral casing, giving it the synonymous corona of proteins.

Look back at Figure 3. In our model, the free mRNA strand has just come from the nucleus and enters the ribosome; the machinery for making proteins. Because RNA is just a sequence of nucleotides, the ribosome doesn’t actually “know” whether the mRNA it receives has come from the cell’s nucleus or from outside, say through an injection. It will take the mRNA, translate it, and make the protein it’s coding for anyway. In other words, mRNA vaccines “trick” your cells into producing the antigens of a pathogen they’ve never encountered before, as if the gene for that antigen was already encoded in the cell’s own nucleus.

“As if” is the key here. mRNA vaccines do not enter a cell’s nucleus and cannot alter your own genetic code. In fact, the vaccine’s mRNA doesn’t go anywhere near your cells’ chromosomes. They just exploit the ready-made machinery of your immune cells to create antibodies to protect you from infection and transmission.

The history of mRNA vaccines

This method of vaccination traces its routes to 1989, when scientists at the Salk Institute in California were the first to report the successful transfection of mRNA into a range of eukaryotic cells (cells that make up multicellular organisms). Throughout the rest of the early 1990s, various in vitro and in vivo studies showed more success in this domain, with studies in 1993 and 1994 showing for the first time that RNA can illicit immune responses in vivo.

The pace only picked up from there. In 2000, CureVac was founded as one of the world’s first biopharmaceutical companies focusing on RNA-based therapeutics and vaccines. Their vaccine candidate against SARS-CoV-2 is, at the time of writing, undergoing the review and approval process of the European Medicines Agency.

The first rays of hope for mRNA vaccines moving from the laboratory into real-life settings came in 2005 when Katalin Karikó and her research partner, Drew Weissman, published a paper outlining how to overcome the hitherto problem of successfully delivering the RNA into immune cells without an immune response against the vaccine being triggered. The success of Karikó’s and Weissman’s work directly contributed to the founding of Moderna in 2010 by Derrick Rossi and Robert Langer.

Throughout this time, however, mRNA vaccines were never used on a mass scale. Dogged by poor results in clinical trials and a number of side-effects, no mRNA vaccine had been approved by regulatory bodies, and a lot of pharmaceutical companies abandoned the technology altogether in favor of more familiar and effective traditional vaccine methods.

Within 12 months of a novel coronavirus being discovered in the city of Wuhan, China, Pfizer and BioNTech made medical history by being the first companies in the world to have an mRNA vaccine approved for general use. The research and development process of their vaccine went at break-neck speed—thanks to years of groundwork for this technology and billions of dollars in government funding—along with other vaccine contenders whose approval followed suit in the following weeks and months. By the beginning of December 2020, what had first been seen in a laboratory in San Diego back in 1989 was now made reality when 91-year-old Margaret Keenan became the first person in the world to be given an mRNA vaccine as part of a mass vaccination program against COVID-19.

Of course, thousands before her had received the same shot in clinical trials, but hers was post-regulatory approval and signaled what many hope will be the beginning of the end of a once-in-a-century pandemic.

It is arguable that were it not for this pandemic, mRNA vaccines would still be confined to research labs and biotech companies still willing to take the financial risk of investing in them. Normally these processes take years, or even decades, to be approved. One of the factors that accelerated their development — besides the acute crisis of the pandemic — was public money that helped fund the R&D of these life-saving vaccines. Program such as “Operation Warp Speed” in the US and other grants from national governments poured billions of dollars into companies and universities to get a safe and effective vaccine into general use as quickly as possible. It was a public–private partnership unprecedented in modern times.

New antibiotic for deadly superbug could save tens of thousands of lives
What is quantum gravity?
What causes deep vein thrombosis?
Blood cells could be key to aging