A polymer composite spray was shown to not only limit SARS-CoV-2 infection, but also hinders transmission in this proof-of-concept study. 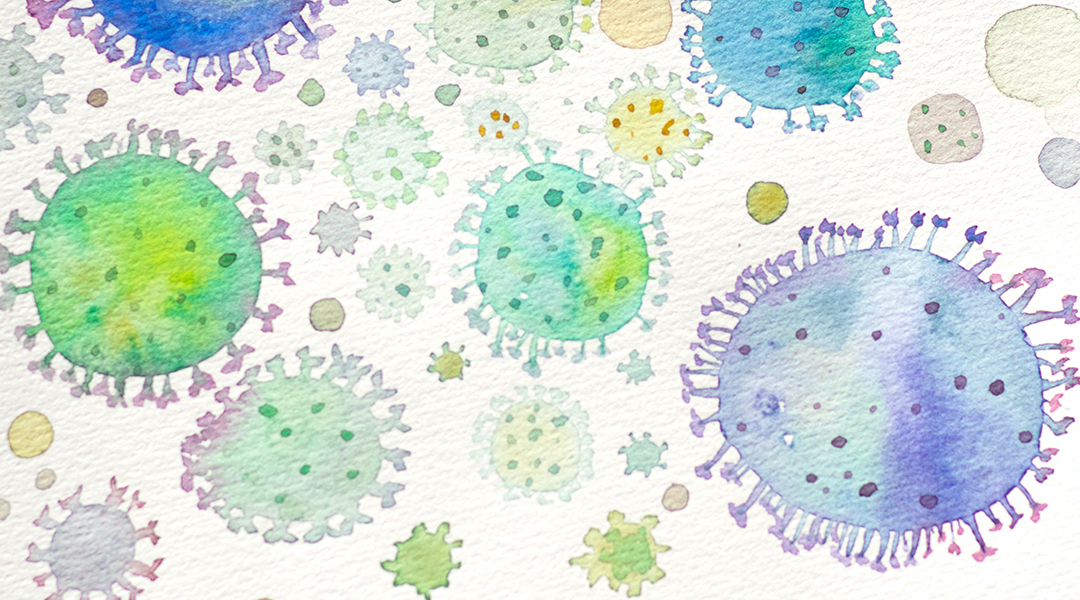 Our awareness to the risk of airborne pathogens has dramatically increased in the last year, and with it, the fact that we have very few preventative options when it comes to controlling their transmission. Given that for many viral infections — such as influenza and, of course, the coronavirus family — the nasal cavity is a primary route of infection, nasal sprays have been circulating as a possible route for the delivery of therapeutics ranging from vaccines to preventative medicines.

This is what a team of researchers from the University of Birmingham led by Richard Moakes and Liam Grover have been developing. In a recent study published in Advanced Materials, they report a new nasal formulation that can protect an individual or prevent further spread of SARS-CoV-2.

“The spray has been engineered to stick to the inside of the nose and to cover as large an area as possible,” explained Grover in an email. “Once in place, one of the components in the spray creates a protective barrier between the cells and the virus, making infection difficult.”

“It is remarkably advanced, given that we only started work on it last year,” added Moakes. “We have put together our regulatory portfolio, designed our manufacturing process and the packaging we will use. We are in discussions with a number of companies to license and distribute the technology worldwide.”

Though nasal sprays are promising in this arena, they face some challenges when it comes to effectively protecting an individual and shutting down transmission because they either target the virus or passively protect the mucosa from viral uptake. “Although such products show great potential, their mechanisms of action, constantly bordering on pharmacological, significantly slow their movement from lab to clinic,” wrote the team in their study. “A more physical approach […] presents a much quicker route.”

Moakes and Grover therefore decided to create a formulation that would act more like a barrier, which would prevent the virus from getting a foothold in the body. To do this, they explored a class of polymer capable of promoting interaction with nasal mucus to improve “nasal residence time”. They tested the ability of a number of candidates to form an evenly sprayed layer that wouldn’t run when applied and screened the polymer’s ability to protect cells (in cell lines) from infection over a 48h period.

The final spray was composed of a mixture of two polymers, gellan and λ-carrageenan, where the former acts as a carrier, enhancing the “sprayability” and retention of the formula, while the latter is active against the virus. The role of each polymer in the composite is synergistic, combining both material and antiviral properties to coat these biological surfaces to not only prevent viral uptake, but to eliminate it, say the authors.

“The formulation blocks infection even at high levels of dilution and for up to 48 hours,” said Grover. “Interestingly, we showed that modification of the antiviral component with the carrier (gellan) can actually enhance effect and duration.”

“We think ours differs from others on the market, in that it has been designed not only to block the infection, but to be comfortable [it causes no irritation] and cover as much area as possible with one spray, which should make it more effective,” added Moakes.

The spray is meant as a preventive measure rather than a treatment, with the potential to be used in places where people are unable keep distance or are likely to be in a confined area for a significant amount of time, such as on trains or planes. It is, however, unlikely that we’ll see its application in the current pandemic, but this proof-of-concept study is an important puzzle piece, demonstrating the capabilities of a burgeoning area of formulation.

Nobel Prizes 2019: Physiology or Medicine
The Promise and Challenges of Nanomedicines in Fighting Cancer
Toward a Universal Influenza Vaccine
Cowpea virus can keep metastatic lung cancers at bay