Emerging data from trials exploring mixing different types of vaccines demonstrate the practice is safe and could boost immunity. 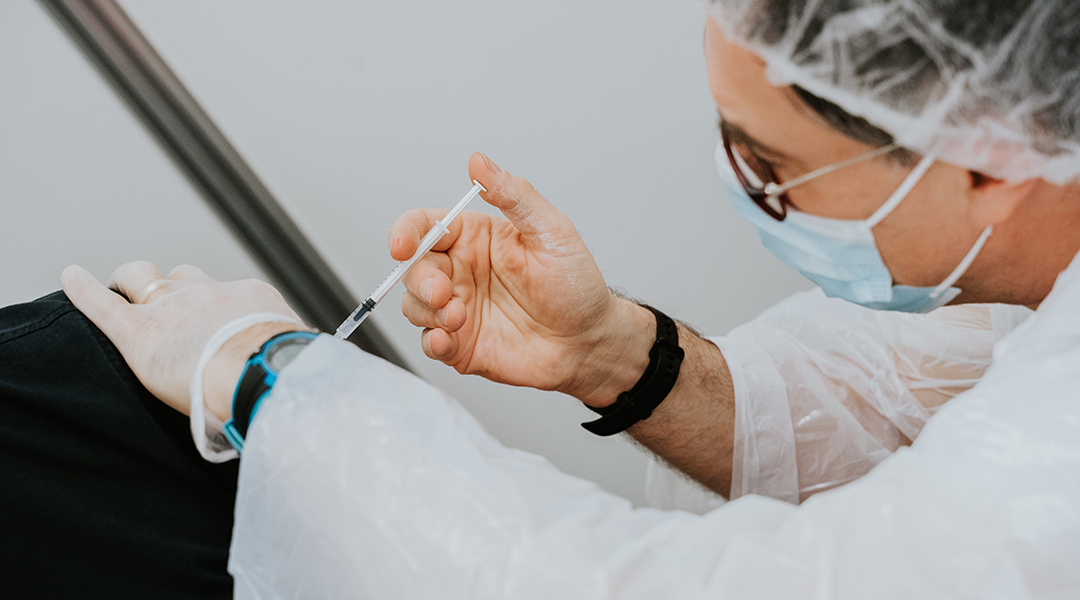 Since the first COVID-19 vaccines became available late last year, supply shortages and limited access resulted in some governments adopting controversial strategies, such as delaying second doses beyond the recommended manufacturing guidelines, as well as mixing the first and second dose of different COVID-19 vaccines.

But new, preliminary data from emerging clinical studies, as well as rising concerns over the very rare risk of blood clots linked to the Oxford-AstraZeneca vaccine, hint that these strategies may be paying off.

The trial, led by the Carlos III Health Institute in Madrid, enrolled 663 people and was carried out at five hospitals. All participants had received their first dose of the AstraZeneca COVID-19 vaccine, which uses an adenovirus vector that expresses the SARS-CoV-2 spike protein, acting like a Trojan horse to safely deliver viral RNA to the body. 440 of the participants, who were under the age of 60, were randomly chosen to received the Pfizer mRNA vaccines at eight weeks following their first dose.

“We only have the media reports, not the actual data,” said Tania Watts, professor of immunology at the University of Toronto, in an interview with CTV News. “But the report is that for several hundred people who had the AstraZeneca vaccine as a first dose, and then were given the Pfizer vaccine as a second dose, […] they got a really remarkable boost in immune response, about 150 times more antibodies, which means a very good boost.”

Why this happens can only be partially explained. One hypothesis is that since the two vaccines deliver the viral RNA in different ways, different parts of the immune system might be activated, resulting overall in a stronger, long-term response. “From basic immune principles, it’s actually a good idea to switch, because the immune system doesn’t recognize those RNA lipid nanoparticles, so it’ll get delivered very well,” said Watts. “So it doesn’t surprise me that they got a very good second response.”

It’s important to note that the study still needs to undergo a formal peer review, but encouragingly, its results coincide with data from a UK study published in The Lancet earlier this month, which suggests that receiving your second dose of the COVID-19 vaccine from a different brand than the first dose is safe — but mild side-effects such as a headache, chills or a fever were found to be more likely.

Mixing vaccines might sound unorthodox, but is actually rooted in decades of science, and so this boost was not completely unexpected. In a study published by researchers at the Nation Institutes for Food and Drug Control in China, immune system boosts were observed in mice who had first received adenovirus vectored vaccines followed by a second dose with an mRNA vaccine. They observed higher antibody levels and a better T cell response, but when the vaccine order was reversed (mRNA first, adenovirus second), the same improvement was not observed.

While this is all good news, the Spanish study does carry some limitations, such as a lack of comparative data between measured immune response in individuals who had received both doses of the AstraZeneca vaccine as well as those who had received two doses of mRNA vaccines — the study’s control group had simply not received a second dose.

The team was careful to note that this study does not provide evidence to disqualify the AstraZeneca vaccine from circulation, nor do the results definitively say that mixing vaccines is a better option than administering vaccines as they were designed. Larger more extensive studies are required to make these conclusions, but for now, answering questions with regards to safety in an evolving situation is a priority.