A real-world study showed dogs were almost as good as PCR tests when detecting COVID-19 in individuals. 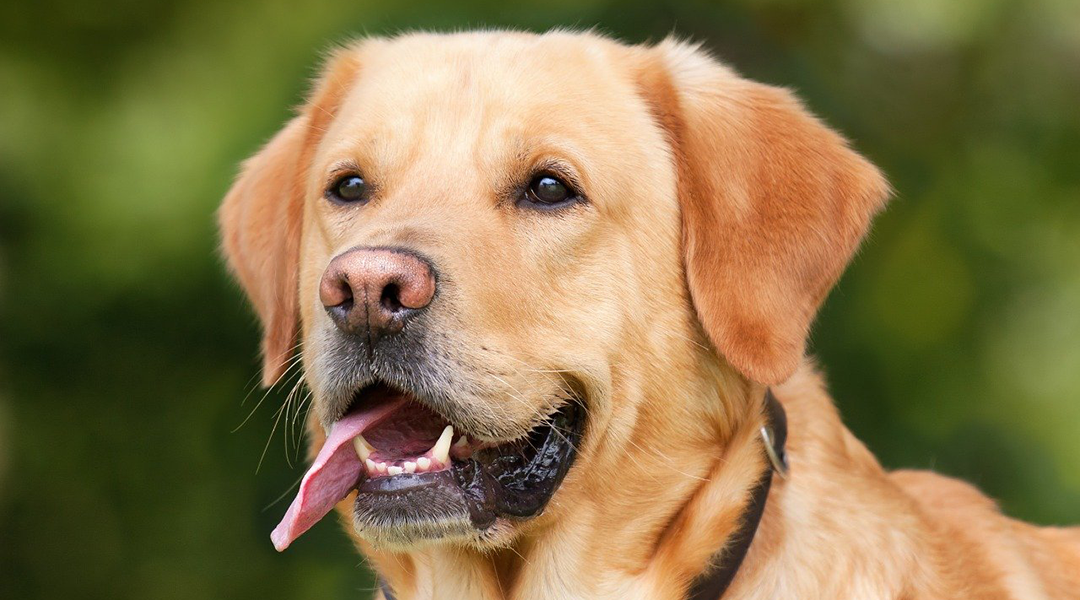 Earlier in the pandemic, scientists reported that sniffer dogs could be trained to detect SARS-CoV-2 biomarkers in infected individuals , and now, researchers from the University of Helsinki have shown that their accuracy is similar to the most effective COVID-19 test to date: the PCR test, which detects viral RNA with almost a 100% accuracy.

“A fascinating screening strategy consists of detection by trained scent dogs, an approach not confined to laboratories, enabling large sample numbers with results in real time,” wrote the authors in their article published in BMJ Global Health.

It is well established that trained dogs can detect volatile organic molecules associated with different diseases, such as epilepsy, malaria, and diabetes. When somebody is ill, their metabolism works in a different way and the body’s cells produce volatile organic molecules that are not present in healthy conditions. These molecules can be collected for their study in fluid samples — such as saliva or urine — or swab samples taken from different organs — like the skin, the nose, or the mouth. With the onset of the COVID-19 pandemic, dogs were tasked with identifying the biomarkers of SARS-CoV-2 collected from skin swabs from infected hospitalized people. “During the current pandemic, scent detection dogs have been trained to identify samples from hospitalised patients with COVID-19,” wrote the team. “The preliminary data suggest that dogs can be trained within weeks to detect samples from SARS-CoV-2-infected individuals with an accuracy comparable to standard RT-PCR. However, stronger evidence is needed.”

Three Labrador Retrievers and a White Shepperd were the stars of this study. They were already working dogs previously trained to detect narcotics, dangerous goods, or canine cancer. The dogs were subjected to a new training program to teach them to detect SARS-CoV-2 in skin swabs.

“The initial training, aiming to provide the dogs with a clear scent picture of COVID-19, was carried out by skilled canine scent detection trainers using operant conditioning, with a clicker and treats used for positive reinforcement,” wrote the team.

A first round of training was carried out at controlled training centers until the dogs could reach a level of at least 80% accuracy in their positive detection of COVID-19 samples. The next step involved training at the Helsinki-Vantaa International Airport using stored samples collected from passengers who had given consent for their samples to be used in the study.

To avoid false positives, the dogs were also presented with swab samples of other respiratory or viral infections, as well as samples collected from individuals with cancer or diabetes, which also produce their own signature. In this way, the dogs learned to specifically discriminate the scent of COVID-19.

Once ready, the dogs were put to the test in real-life scenarios using samples collected at the same airport.

After taking the skin swabs, the dogs marked them as positive or negative. The data was collected and then compared with diagnoses from PCR tests. The analysis showed the dogs had a remarkable accuracy. “The dog identification and the RT-PCR result matched for 296/303 (97.7%) of the real-life samples of incoming passengers,” said the researchers. “The dogs correctly identified the samples as negative for 296/300 (98.7%) RT-PCR negative swabs.”

The team remarked that due to the low number of positive cases in the real-life set up — only 0.47% of the samples ­— the dogs’ acuity to identify COVID-19 in real-life conditions couldn’t be measurable in a statistical way. But, to keep their screening skills active, they were exposed to control positive samples during the working day, and they correctly identified 98.7% of them as positive.

During their time spent at training centers, novel variants such as Alpha, Delta, or Omicron had not yet emerged in Finland. As a result, during their initial training the dogs had only been exposed to infected samples containing the original virus.

“In the future, operational work skills should be kept up by simultaneous training with samples of emerging virus variants,” stated the authors. “Fortunately, once the dogs have received the basic training, retraining to cover new variants is expected to be easy as discussed above.”

An additional outcome of the study is that dogs were able to identify samples from asymptomatic individuals.  “The performance related to asymptomatic subjects is of particular importance, since in a real-world screening most individuals are asymptomatic [and] in our analysis lack of symptoms was not associated with poorer performance,” wrote the authors.

While more work is needed, such as further training on emerging variants and perhaps identifying the volatile organic compounds the dogs are detecting, this approach demonstrates the utility of dogs in large-scale rapid screening of crowds, providing an added layer of protection in an evolving pandemic.

Better photothermal therapy to improve bladder cancer survival
What's on the table at COP26?
Diagnosing malaria in the field with accurate and portable rapid tests
The soft touch of intelligent, robotic systems