Broad-spectrum antivirals made from polymers 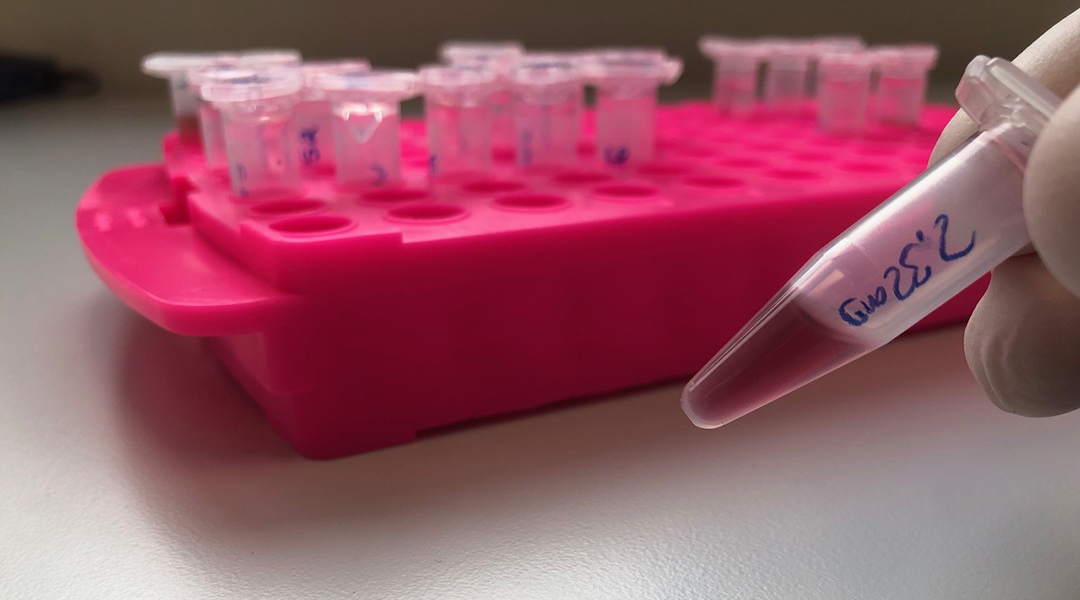 The current pandemic will likely not be the last we see in our lifetimes. With zoonotic transmission potentially on the rise, scientists warn of a heightened risk of future pandemics of the same magnitude as COVID-19. While the current pandemic has exposed weaknesses in global public health leadership and resource allocation, it has also highlighted how ill-prepared we are in the context of available antiviral treatments.

“The emergence and rapid spread of SARS-CoV-2 highlighted once again the vulnerability of humanity to newly emerging pathogens,” explained Jan Münch, a professor at the Institute of Molecular Virology, Ulm University Medical Center.

The world witnessed an incredible boost to vaccine testing and development in the last two years, providing an effective preventative measure to help ease the pandemic’s burden. However, antivirals to treat infection have been few and far between, with lackluster successes. If pandemics are to be a common recurrence, then broad-spectrum antivirals will be one of many invaluable tools to help contain emerging and re-emerging pathogens.

“Broad-spectrum antivirals, which are active against a variety of viruses and could be applied immediately upon emergence of a new pathogen, would be a great tool to bridge the time until specific drugs are available,” said Münch, “but such compounds are not yet in clinical use.”

Compared to bacteria, which have unique features that are absent in animal cells such as the microbial cell wall, viruses are structurally difficult to target with therapeutics without harming their host. “Viruses exploit their host’s cellular machinery,” explained Rüdiger Groß, also of the Institute of Molecular Virology. “They use their own viral proteins to enter cells and aid their replication while suppressing the immune system; however, these proteins are structurally and functionally diverse across virus families, making it difficult to target multiple viruses with one compound in analogy to broad-spectrum antibiotics.”

In a recent study published in Advanced Science, Groß, Münch, and their collaborator Alexander Zelikin from the Department of Chemistry and iNano Interdisciplinary Nanoscience Centre at Aarhus University, report a solution to the absence of broad-spectrum antivirals in the form of polymers — large molecules dubbed macromolecules composed of many repeating subunits.

Münch is referring to a previous study published in 2017 where the team had identified macromolecular compounds with broad antiviral activity against Zika, Ebola, HIV-1, the Herpes simplex virus, as well as SARS-CoV-1.

For this reason, said the team, they were primed to test their lead candidate against SARS-CoV-2.

A promising strategy for broad-spectrum antivirals is to block the first step in the viral life cycle, which is entry into the target cell. “Unlike small molecules, where most typically interfere with viral replication inside the cells, macromolecules typically serve as entry inhibitors, [much like neutralizing antibodies], binding viral particles outside the cell and preventing virus interaction with cellular receptors, thus preventing infection,” explained Zelikin.

In their previous study, the team identified the polymer polystyrene sulfonate as a potent and broad-spectrum antiviral.

Since a macromolecular antiviral’s activity — or ability to inhibit a virus — depends on how well it can interact with viral particles, the researchers created candidates of differently sized polystyrene sulfonate by modulating the number of subunits it contained. They also formulated the polymer as a protective shell that encompass spherical gold nanoparticles, enabling high concentrations of polymer in proximity to virus particles once one of the polymers establishes connection.

“The idea was basically to exploit multivalency effects,” said Groß. “If a lot of polymers are immobilized on a gold nanoparticle, more polymer molecules can bind a virus particle at the same time, leading to stronger overall binding and stronger antiviral effects.”

The candidates’ ability to inhibit infection was first quantified in cell cultures using a panel of enveloped viruses, which were pre-incubated with the polymers and then used to infect susceptible target cells. They found that in addition to inhibiting a broad scope of pathogens, confirming results from their previous study, the new polystyrene sulfonate nanoparticles also successfully halted SARS-CoV-2.

“Higher concentrations of polymer are required to inhibit SARS-CoV-2 in cell culture compared to HIV-1, but nonetheless, complete inhibition was achieved at concentrations that were not cytotoxic,” explained Groß. “This indicates that SARS-CoV-2 is intrinsically less susceptible to polyanionic polymers, but it can still be inhibited, it just requires more material.”

Polymers with an average molar mass of 38 and 100 kDa were effective and rather similar in their antiviral activity, while smaller polymers showed no effect.

Interestingly, the polystyrene sulfonate nanoparticles could not inhibit influenza A, likely due to an inability to interact with the virus.

The researchers also included an in-depth toxicity study on their polymer therapy, which they formulated for nasal application in mice and quantified its antiviral effects. “Applying the substance topically for prophylactic purposes, i.e., via nasal sprays or by inhalation, the polymer would be present at sites of viral entry and directly engage and disable viral particles without requiring high concentrations throughout the body,” said Groß. “Therefore, adverse effects that occur with systemic administration, such as anticoagulant activity [or blood clotting] similar to heparin can be avoided.”

Nasal spray vaccines have already been gaining momentum, offering greater potential to break infectious chains by providing a more accessible means of protection to individuals. The idea is to halt infection at the body’s point of entry, where SARS-CoV-2 viral particles infect cells in the nose before progressing to the lungs and other organs. A nasal spray might also come with lower risk of unwanted side effects compared to other broad-spectrum antivirals that are to be administered systemically.

If successful, a nasal spray broad-spectrum antiviral agent would have enormous impact.

Added protection against variants of concern

One of the greatest points of concern during the current pandemic is the continued evolution of the virus and the emergence of multiple SARS-CoV-2 variants of concern. “Broad-spectrum activity of the macromolecular inhibitors of virus cell entry suggests that these agents should be active against the diverse variants,” wrote the team in their paper.

To validate this, artificial viral particles were engineered to contain SARS-CoV-2 spike proteins corresponding to a range of SARS-CoV-2 variants, including Alpha, Beta, Gamma, Delta, Kappa, and Omicron, and the polymer therapies tested against them. Monoclonal antibodies, imdevimab, casivirimab, bamlanivimab, and the combination of antibodies known as REGN-CoV-2, were used as controls to compare the polymers’ ability to inhibit the virus.

“In our hands, two antibodies showed limited spectrum of activity against variants of concern, while the antibody cocktail as well as imdevimab were active against all tested in this work except for Omicron, confirming previous data,” wrote the team. Three macromolecular inhibitors developed in the current study, namely a polystyrene sulfate polymer solution with a mass of 100 kDA named S3 and an immobilized polystyrene polymer on 10 nm gold nanoparticles named BS3 were active against all variants.

“These data illustrate that once developed, the antiviral formulations based on polystyrene sulfate are very likely to be active against future emerging variants,” they said.

The team indicates that next steps will be to evaluate the efficacy of their polymer antiviral in preventing or treating SARS-CoV-2 as well as against other respiratory viral pathogens in further animal models.

“Efficacy for prophylaxis or therapy of SARS-CoV-2, and possibly other respiratory pathogens, will have to be demonstrated in more complex animal models which better mimic human physiology and pathophysiology of the virus,” explained Münch. “Assuming these results confirm our existing data, clinical studies would only be possible with support by a pharmaceutical company.”

As a broad-spectrum polymer-based antiviral agent, this therapeutic route holds promise, and though there are still many hurdles to overcome, it will be interesting to see where this technology goes from here.