Using nanoparticles fitted with ACE2 receptors, researchers hope to lure SARS-CoV-2 away from healthy cells to inhibit the virus and treat infection. 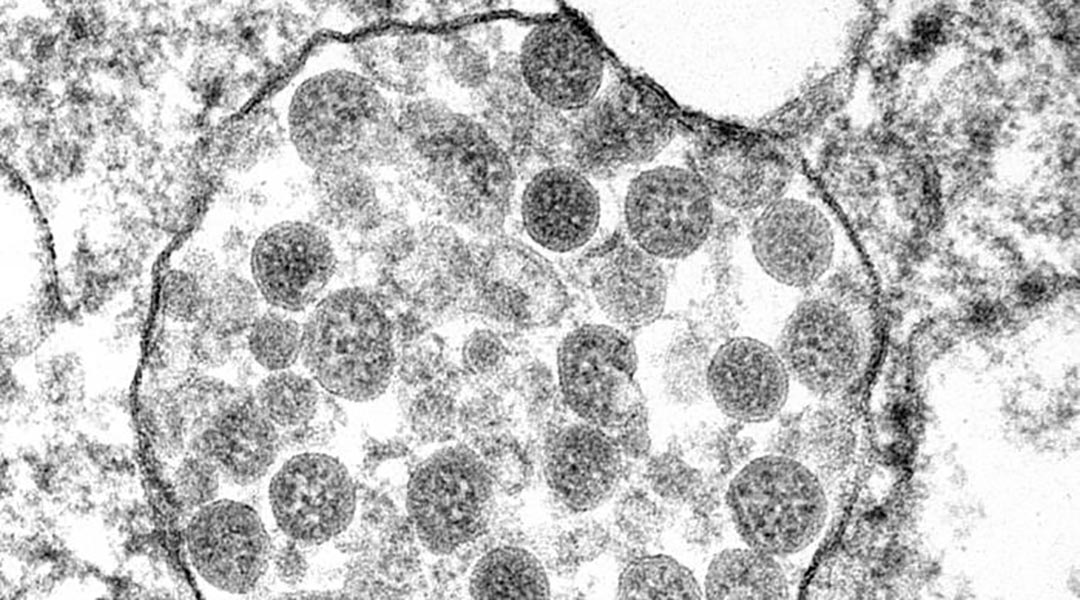 When it comes to developing treatments for infectious diseases, viruses are tricky. They evolve quickly, vary widely, and depend on their host for survival, which makes creating an effective blanket treatment — the equivalent to broad-spectrum antibiotics for bacteria — challenging, to say the least.

The extent of the COVID-19 pandemic has exposed our lack of available therapies, and while vaccines have helped curb the pandemic in some locations, global vaccine inequity and the rapid evolution of the SARS-CoV-2 virus into more transmissive variants are prolonging its effects.

Researchers from Northwestern University led by Neha Kamat and Joshua Leonard have been working on cell-mimicking decoy particles to prevent pathogens, like SARS-CoV-2, from attacking healthy cells and inhibiting infection.

The scientists therefore built tiny particles derived from human cells that they call biological nanoparticles and engineered them to display ACE2 receptors on their surface. They are roughly the same size as the virus — ~10 million times smaller than a human cell — and provide an alternative target for the virus, leaving healthy cells alone.

“When SARS-CoV-2 binds to such decoy particles, it prevents that virus from being able to subsequently infect cells,” said Leonard. “Potentially binding to a decoy particle causes the virus to initiate a false start of its normal infection cycle, leaving it inert.”

As a strategy, flipping the standard approach to targeting a virus has seen preliminary success in treating other infectious diseases, such as HIV. In a 2018 study, the plasma membranes of CD4+ T cells, which contain antigens critical for HIV binding, were coated onto polymer-based nanoparticles that were then used to neutralized HIV by diverting the virus away from their intended host cells. This research is still ongoing but demonstrates the possibility of this new approach.

“All cells in our body are constantly shedding biological nanoparticles, and our body is constantly reabsorbing and recycling these materials,” explained Leonard. “The general idea of building decoy particles has been explored for various viruses, including some excellent work focusing on SARS-CoV-2 led by our colleagues at Northwestern.”

The decoy strategy might also have the added advantage of preventing viral resistance as a result of evolutionary escape — the virus’ ability to mutate and evade a given therapy.

“What we wanted to know is how to design and ultimately manufacture such particles in a way that specifically prevents viral infection in the context of a rapidly evolving virus,” she added.

Biologically derived particles that closely resemble the composition of a natural cell membrane are the best candidates to behave as decoys. Previous research in other areas has used extracellular vesicles, which are lipid bound particles secreted by cells to ferry around biological cargo, such as proteins, lipids, RNA, or DNA. Compared to synthetic nanoparticles, they are compatible with biological environments and elicit no known toxicity or immune response.

“In general, these biological nanoparticles — the chassis upon which we built our decoy particles — have already been used in human clinical trials for different applications, and from this we know that the particles themselves are safe,” said Kamat.

A key part of the current study was figuring out how to express and display large numbers of ACE2 receptors on each nanoparticle to ensure potent and effective decoys against different viral strains.

They compared the designs of several different vesicle types and evaluated their manufacturing methods in addition to how well they expressed the ACE2 receptors. They then assessed their ability to inhibit infection using various model viruses that each represented mutant strains of SARS-CoV-2, including some that test how the virus could evolve in future.

“We kept testing our decoys against the new variants, and they just kept working,” said Kamat in a statement.

Another potential advantage is that if more infectious variants evolve to have an increased binding affinity — as has been observed in the Delta variant — then they would be equally or more susceptible to the decoys. The virus would have to come up with a whole new way of entering cells to avoid this therapeutic approach.

“For treating patients with COVID, we imagine decoy therapies being most useful for treating patients with severe disease in a clinical setting,” said Leonard. “For the current pandemic, this is probably most important for immunocompromised patients or for treating strains of virus that may evolve resistance to existing drugs or a patient’s own immune system for whatever reason. In that way, these decoys could be delivered intravenously into the bloodstream in a similar way to antibody therapies.”

The team speculates that anywhere from one to ten billion nanoparticles could be effective, and more potent inhibitors will require less. “For comparison, a typical dose of GSK’s [COVID-19 antiviral drug] is an infusion of about 1018 molecules of the drug, which is a one-time infusion that lasts for a while,” explained Leonard. “Those numbers sound large, but these nanovesicles are about the same size as the virus, so really we’re not talking about much material.”

The infrastructure exists to produce these industrially, as a number of pharmaceutical companies manufacture similar biological nanoparticles for other applications. Before they can consider these steps, there are still a few hurdles to overcome; namely, evaluating the safety and ability to inhibit infection in human patients.

“We need to figure out what happens to these decoys and viruses when they interact in the human body,” said Leonard. “Although it’s not known, we speculate that once decoys bind and inactivate viruses, those materials are cleared from the body and/or recycled. Our body has natural mechanisms for breaking them down and clearing such biological nanovesicles, so you can administer them multiple times or over longer periods of time without worrying about buildup or toxicity.

“All that said, understanding how this works in people would be an important goal for future study,” he concluded.