The Corbevax COVID-19 vaccine was developed by researchers in Texas with no patent, and could be the end of global vaccine inequity. 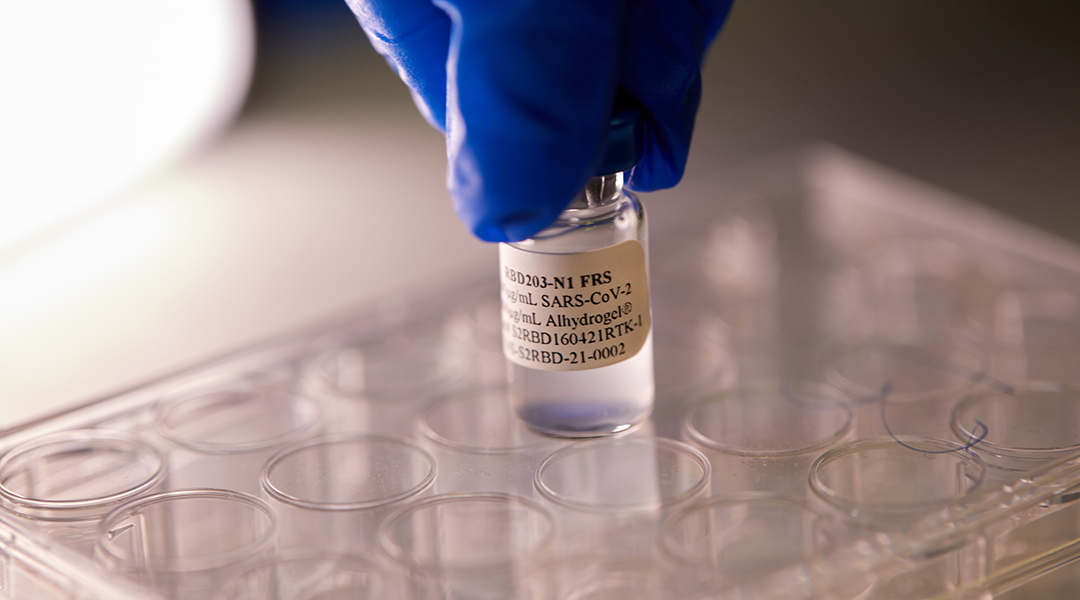 With the Omicron variant splashed across the news and the world no closer to an equitable means of global vaccine distribution, a team led by Maria Bottazzi and Peter Hotez of the Texas Children’s Hospital’s Center for Vaccine Development in Houston, Texas announced they are ready to deploy a new, scalable, and low-costing COVID-19 vaccine called Corbevax.

Dubbed “The World’s COVID-19 Vaccine”, Corbevax will be easy for other countries to mass-produce and distribute. The vaccine has recently completed two Phase III clinical trials involving more than 3000 subjects between the ages of 18 and 80 at 33 study sites across India, and was found to be safe, well tolerated, and effective.

Compared to the widely available mRNA vaccines and adenovirus platforms, which are relatively new technologies, Corbevax is based on a “traditional” protein-based technology with a long history of safety and efficacy — notable examples include tetanus and diphtheria vaccines, as well as the Gardasil HPV vaccine, among many others.

“Protein-based vaccines have been widely used to prevent many other diseases, have proven safety records, and use economies of scale to achieve low-cost scalability across the world,” said Bottazzi in a statement.

Protein vaccines sometimes include purified fragments from the virus or bacteria of interest or are engineered to mimic viral particles without containing any component of the original virus.

The Corbevax vaccine uses purified fragments of the SARS-CoV-2 spike protein, produced in yeast cells using a 40-year-old technology, similar to the one used to prepare the hepatitis B vaccine. This will allow for local manufacturing as the infrastructure is well established, and could help with individuals who remain vaccine hesitant because of the novelty of other vaccines or religious reasons.

“Our decade-long studies advancing coronavirus vaccine prototypes has led to the creation of this vaccine, which will fill the access gap created by the more expensive, newer vaccine technologies and that today are still not able to be quickly scaled for global production,” said Bottazzi.

Last week, the Indian government gave emergency authorization for its use, and the Houston scientists say they are currently in talks with the WHO for their approval. “The need for safe, streamlined, low-cost vaccines for middle- to low-income countries is central to the world’s fight against the COVID-19 pandemic,” they wrote in a press briefing. “Without widespread vaccination of populations in the Global South, additional virus variants will arise, hindering the progress achieved by currently available vaccines in the United States and other Western countries.”

At this point in the pandemic, 9.21 billion doses have been administered globally, with 58% of the global population having received at least one dose of a COVID-19 vaccine. Only 8.5% of people in low-income countries have been vaccinated. This has some health experts railing. “The global failure to share vaccines equitably is taking its toll on some of the world’s poorest and most vulnerable people,” writes the WHO. “New variants of concern mean that the risks of infection have increased in all countries.”

Without widespread vaccination of populations in the Global South, the development of new variants will continue, hindering any progress achieved with currently available vaccines.

“Delta rose out of an unvaccinated population in India earlier this year, and look at Omicron, it arose out of an unvaccinated population out of southern Africa,” said Hotez in an interview. “As long as we refuse to vaccinate Africa, Asia, and Latin America, [Mother Nature] will continue to throw variants around the world and it’s amazing that people do not seem to understand that. They somehow think that if they vaccinate their own populations in Europe and North America that seems to be good enough, and it’s not.”

Despite receiving public funding for research and development, major vaccine producers have profited and have maintained patents that prevent the production of generic versions by other companies. While the issue is not black and white and many argue that lifting vaccine patents is not a blanket solution to global distribution bottlenecks, many public health activists indicate that easing patent protections on COVID-19 vaccines will help speed up the end of the pandemic.

Hotez and Bottazzi are not seeking compensation for their invention, and received little support from the US government for its development. Corbevax was developed with the support of mostly private investors — who donated $7 million USD — and without a patent, and was recently transferred to an Indian-based biotech company, Biological E. (BioE), which plans to produce more than 1 billion doses in 2022. 150 million doses are currently ready for deployment.

While Corbevax is promising, its real-world impact is still unclear. Though its safety and efficacy has been evaluated, limited clinical data was released by BioE, which Hotez has attributed to their being a small manufacturer. “They’ve assured us they’re working on getting that out as fast as possible. Remember, it’s a smaller company. They’re not one of the big multinationals,” he said in an interview with the Washington Post.

Against the Delta variant, >80% efficacy was observed “for the prevention of symptomatic infections based on published studies”. No data with regards to Omicron has been made available.

While the outcome remains to be seen, the sentiment behind Corbevax shouldn’t be understated as this is the first vaccine developed with global equity in mind. “The vaccine can be made locally all over the world, and we’ve now transferred [it] out to producers in India, Indonesia, Bangladesh, and Botswana,” wrote Hotez in a Tweet. “We do not plan to make money on this, it is a gift to the world.”