US declares support for waiver of COVID-19 vaccines patents

In a historic and surprise move, this week the US declared its support for a patent waiver on COVID-19 vaccines. 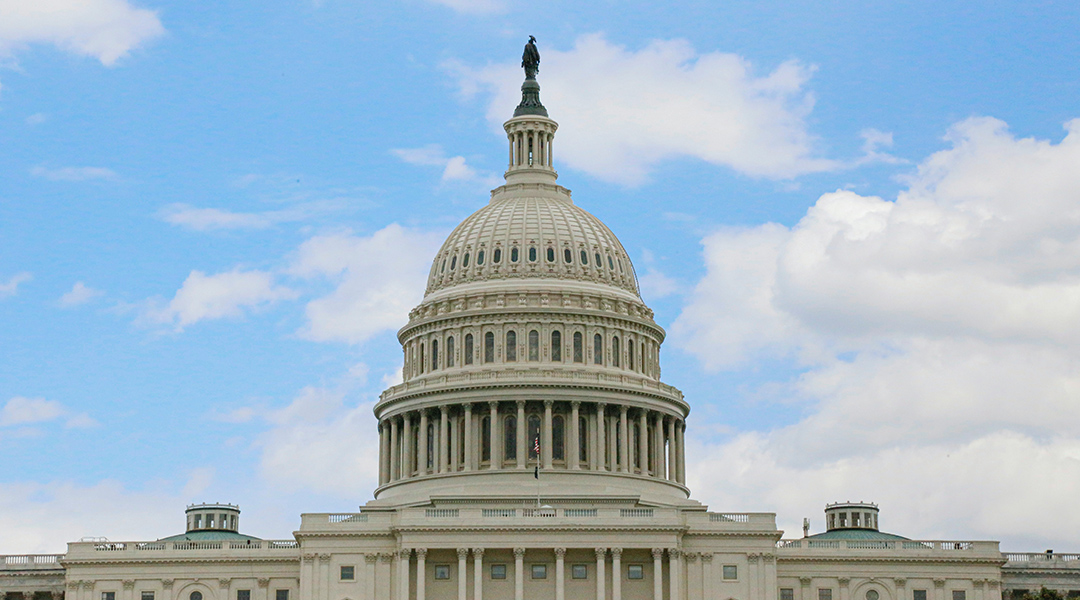 While in many wealthy nations vaccine roll-outs are gaining momentum — countries like the US, the UK, and Israel reporting vaccinating between 40-65% of their populations — the virus is causing devastation in poorer parts of the world, with new variants posing significant risks to global health.

Vaccines are our best chance of bringing this pandemic under control, and while in the last year we have seen the remarkable development of safe and effective COVID-19 vaccines in record time, the problem we currently face, according to experts, comes down to vaccine equity, with so-called “vaccine nationalism” and vaccine hoarding hindering our ability to keep everyone, especially the world’s most vulnerable, safe.

In emergency situations, the patent system has a series of safety checks that allow governments to intervene before the patent term is up, making it legal for other companies to make generic versions of vaccines without the permission of the patent holder. The 2001 Doha Declaration reaffirmed that countries can determine what constitutes a national emergency, and issue compulsory licenses “under any conditions they deem appropriate”.

As a result, earlier this year South Africa and India petitioned the World Trade Organization (WTO) to waive intellectual patents on COVID-19 vaccines to help ramp up production to meet global demand by making it legal for generic versions to be produced where they are desperately needed. This was initially rejected by the WTO.

Thus far, vaccine manufacturers have produced over 1.2 billion doses of those that have been administered. However, despite the growing number of options, current manufacturing capacity meets only a fraction of global need with the added problem that a majority of these doses have gone to wealthier countries. This only accounts for 16% of the world’s population, leaving the majority of people with limited access to life-saving vaccines.

Up to this point, the US, European Union, UK, and Japan have all opposed making vaccines openly available, arguing that intellectual property rights ensure innovation and compensate pharmaceutical companies for the resources they put into development. Some even argue that making vaccines freely available is not the best way to make vaccines available to those in poorer countries.

But in a surprise move, the US declared its support for a patent waiver on COVID-19 vaccines this week, which the leader of the WHO, Tedros Adhanom Ghebreyesus, described as a “historic decision”. Other, previously skeptical countries and blocs soon followed suit to welcome the move. Ursula von der Leyen, President of the European Commission, said Thursday that “the EU is also ready” to discuss proposals for vaccine patent waivers. The French President, Emmanuel Macron, who was previously against such moves, has also said he was in favor. For better or worse, it is clear that whatever position the US takes can have a lot of influence on other governments.

Unsurprisingly, this has been met with disapproval from some in the pharmaceutical industry, and the move has alarmed investors as the shares of pharmaceutical companies took a hit on the stock markets after the US’s announcement. “The decision of the US administration to support a patent waiver for COVID-19 vaccines is disappointing,” the International Federation of Pharmaceutical Manufacturers and Associations (IFPMA) said in a statement.

The idea behind intellectual patents is to give the patent holder a limited term monopoly, say 10 to 20 years, to allow them protection from unfair competition to recoup the funds that went into research and development. Some argue that it is this promise of monopoly that gives companies more of an incentive to take on the risk inherent in research. Speaking to Reuters, Dr. Amesh Adalja at the Johns Hopkins Center for Health Security, said that a waiver “amounts to the expropriation of the property of the pharmaceutical companies whose innovation and financial investments made the development of COVID-19 vaccines possible in the first place”.

Thomas Cueni, the head of the International Federation of Pharmaceutical Manufacturers and Associations, told the BBC a patent waiver could also compromise vaccine safety, though advocates for the waiver disagree, arguing that worldwide, manufacturers have been supplying generic medications and vaccines for years.

They also point out that government money — i.e., taxpayer’s money — has played a huge, if not in some cases pivotal, role in funding the development of these vaccines, and it is therefore only right that patents are waived. In the US alone, $11 billion of government money has already been given to private companies through “Operation Warp Speed”, the Trump-era public-private partnership set up to facilitate rapid vaccine development. The German government similarly gave the equivalent of almost half-a-billion US dollars (€375 million) to help fund BioNTech’s research and development, the partner company responsible for the Pfizer/BioNTech mRNA vaccine.

There is also the added nuance that many of the approved vaccines were tested in trials hosted in countries around the world, not just the wealthy countries they are currently being distributed in. Pfizer, for example, held 150 clinical trials at sites in the US, Germany, Turkey, South Africa, Brazil, and Argentina.

However, this is not a new trend as many studies have highlighted this global inequity where medicines and vaccines approved for use in wealthy (often Western) countries are unavailable in the countries that hosted their clinical trials. A recent paper published by researchers at Yale School of Medicine found that on average, the typical drug approved by the FDA was tested in 25 different countries, and five years after FDA approval, only 15%, were approved in all countries.

“If the citizens of those countries never gain access to the new drug,” said Dr. Cary Gross, professor of medicine at Yale School of Medicine and a co-author of the paper, “then one has to ask why are they participating in the research in the first place? Just to see if it’s safe for use in the United States and other wealthy countries?”

But those opposed still argue that even with a temporary waiver of patents, the problems plaguing manufacturing and supply won’t be solved, with many likening the situation to issues surrounding the equitable distribution of HIV vaccines in the early 1990s.

“The real issue isn’t whether a country like Botswana can issue a compulsory license allowing its domestic companies to manufacture the vaccines — many countries don’t have that kind of production facility and, in many cases, the drugs aren’t even patented there,” writes Dalindyebo Shabalala, an associate professor at the University of Dayton for The Conversation. “The real issue is whether India or China or the Philippines — countries with thriving pharmaceutical industries and where drugs are much more likely to be patented — can issue a compulsory license that would allow their companies to export to Botswana.”

Many pharmaceutical companies and governments note that they are already voluntarily working to make their vaccines more available through an international consortium called COVAX, which is trying to expand COVID-19 vaccine deliveries to low-income countries, but it is struggling to reach its goal of providing 2 billion doses by the end of 2021.

Though waiving patents is clearly not a silver bullet to making vaccine distribution more equitable, and there are still many challenges to overcome, the fact that the US is now considering its benefits, and other nations are following suit, represents an important stance, but ultimately the decision lies with the WTO. While patents serve a purpose in aiding innovation and rewarding inventors, in the face of a pandemic, people need to be put before profit.