The six strains of SARS-CoV-2

An extensive study carried out on SARS-CoV-2 sequencing reveals six strains of the virus. 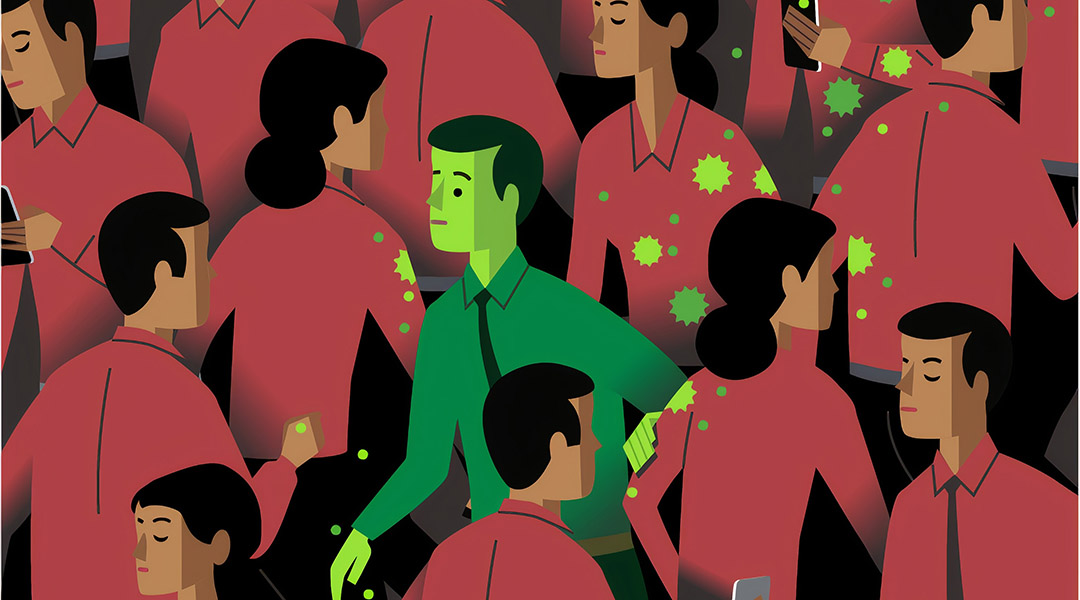 The virus causing the COVID-19 pandemic, SARS-CoV-2, presents at least six strains. Despite its mutations, the virus shows little variability, and this is good news for the researchers working on a viable vaccine.

These are the results of the most extensive study ever carried out on SARS-CoV-2 sequencing. Researchers at the University of Bologna drew from the analysis of 48,635 coronavirus genomes, which were isolated by researchers in labs all over the world. This study was published in the journal Frontiers in Microbiology. It was then possible for researchers to map the spread and the mutations of the virus during its journey to all continents.

The first results are encouraging. The coronavirus presents little variability, approximately seven mutations per sample. Common influenza has a variability rate that is more than double.

“The SARS-CoV-2 coronavirus is presumably already optimized to affect human beings, and this explains its low evolutionary change”, explains Federico Giorgi, a researcher at Unibo and coordinator of the study. “This means that the treatments we are developing, including a vaccine, might be effective against all the virus strains”.

Currently, there are six strains of coronavirus. The original one is the L strain, that appeared in Wuhan in December 2019. Its first mutation – the S strain – appeared at the beginning of 2020, while, since mid-January 2020, we have had strains V and G. To date strain G is the most widespread: it mutated into strains GR and GH at the end of February 2020.

“Strain G and its related strains GR and GH are by far the most widespread, representing 74% of all gene sequences we analysed”, says Giorgi. “They present four mutations, two of which are able to change the sequence of the RNA polymerase and Spike proteins of the virus. This characteristic probably facilitates the spread of the virus”.

If we look at the coronavirus map, we can see that strains G and GR are the most frequent across Europe and Italy. According to the available data, GH strain seems close to non-existence in Italy, while it occurs more frequently in France and Germany. This seems to confirm the effectiveness of last months’ containment methods.

In North America, the most widespread strain is GH, while in South America we find the GR strain more frequently. In Asia, where the Wuhan L strain initially appeared, the spread of strains G, GH and GR is increasing. These strains landed in Asia only at the beginning of March, more than a month after their spread in Europe.

Globally, strains G, GH and GR are constantly increasing. Strain S can be found in some restricted areas in the US and Spain. The L and V strains are gradually disappearing.

Besides these six main coronavirus strains, researchers identified some infrequent mutations, that, at the moment, are not worrying but should nevertheless be monitored.

“Rare genomic mutations are less than 1% of all sequenced genomes”, confirms Giorgi. “However, it is fundamental that we study and analyse them so that we can identify their function and monitor their spread. All countries should contribute to the cause by giving access to data about the virus genome sequences”.

Solving the oxygen supply shortage with electrochemistry
Potential vaccines against COVID-19 on trial in UK and Germany
Do masks really hinder emotional recognition?
No evidence of benefit from chloroquine and hydroxychloroquine in COVID-19 patients