One in five people worldwide at risk of severe COVID-19

A new study estimates that one in five people worldwide have an underlying health condition that could increase their risk of severe COVID-19 if infected. 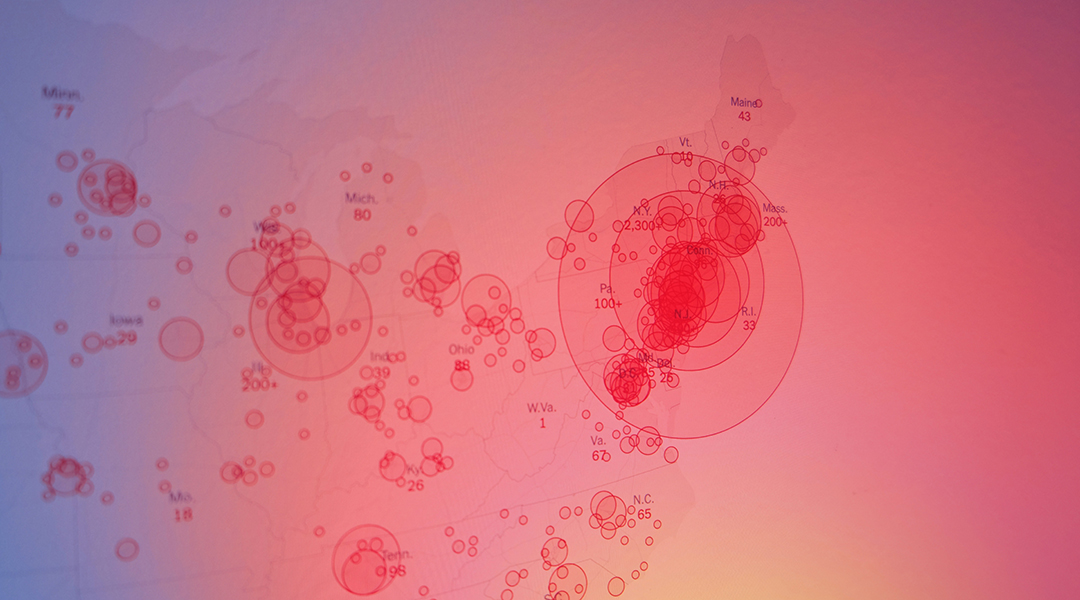 An estimated 1.7 billion people, 22% of the world’s population, have at least one underlying health condition that could increase their risk of severe COVID-19 if infected, according to a modelling study that uses data from 188 countries, published in The Lancet Global Health journal.

“As countries move out of lockdown, governments are looking for ways to protect the most vulnerable from a virus that is still circulating. We hope our estimates will provide useful starting points for designing measures to protect those at increased risk of severe disease. This might involve advising people with underlying conditions to adopt social distancing measures appropriate to their level of risk, or prioritizing them for vaccination in the future,” said Andrew Clark, associate professor at the London School of Hygiene & Tropical Medicine (LSHTM), UK.

Although the estimates provide an idea of the number of people governments should prioritize for protective measures, not all individuals with these conditions would go on to develop severe symptoms if infected. The authors estimate that 4% of the world’s population (349 million of 7.8 billion people) would require hospitalization if infected, suggesting that the increased risk of severe COVID-19 could be quite modest for many with underlying conditions.

Guidelines published by the WHO and by public health agencies in the UK and USA identify risk factors for severe COVID-19, including cardiovascular disease, chronic kidney disease, diabetes, and chronic respiratory disease. The new study provides global, regional, and national estimates for the number of people with underlying health conditions. The authors caution that they focused on underlying chronic conditions and didn’t include other possible risk factors for COVID-19 that are not yet included in all guidelines, such as ethnicity and socioeconomic deprivation. Their estimates are therefore unlikely to be exhaustive, but serve as a starting point for policy-makers.

The authors based their estimates on disease prevalence data from the Global Burden of Diseases, Injuries and Risk Factors Study (GBD) 2017, UN population estimates for 2020 and the list of underlying health conditions relevant to COVID-19, as defined by current guidelines. The authors point out that the GBD prevalence estimates are likely to be higher than those from national databases, because they’re designed to capture cases that might be undiagnosed or not severe enough to be included in electronic health records. They analyzed the number of people with an underlying condition by age group, sex and country for 188 countries.

To help determine the degree of increased risk, the researchers also provided separate estimates of the proportion of all people (with and without underlying conditions) who would require hospitalization if infected. The authors calculated those at high risk using infection hospitalization ratios for COVID-19 and made adjustments for differences between countries.

Globally, less than 5% of people aged under 20 years, but more than 66% of those aged 70 and above, have at least one underlying condition that could increase their risk of severe COVID-19. Among the working age population (15 to 64 years), 23% are estimated to have at least one underlying condition. The prevalence of one or more condition listed on current guidelines is similar between the sexes, but the authors assumed males were twice as likely as females to require hospitalization if infected.

The authors estimate that 349 million people worldwide are at high risk of severe COVID-19, meaning they would require hospital treatment if infected. This risk varies from less than 1% of people under 20 to nearly 20% of those aged 70 or older, rising to more than 25% in males over 70. In all age groups under 65, around twice the number of men as women would require hospitalization. Above 65 years, the ratio becomes less marked because women are over-represented in older age groups due to longer life expectancy.

“Our estimates suggest that age-based thresholds for shielding could play a role in reducing deaths and reducing the number of people who require hospital treatment, but the choice of threshold needs to be balanced against the proportion of people of working age affected, as well as the health and economic consequences that might be associated with long periods of isolation,” says Dr Rosalind Eggo from LSHTM.

Writing in a linked comment, lead author Professor Nina Schwalbe, MPH, (who was not involved in the study) from Columbia University Mailman School of Public Health, USA, said: “An increased understanding of risk factors, including the effects of social determinants and their interplay, provides an opportunity to target mitigation strategies and helps to allay the popular misconception that everyone is at equal risk of severe illness. As the authors note, it is time to evolve from a one-size-fits-all approach to one that centres on those most at risk. This will need to happen at both the individual and community level. Considering the relevance of social determinants, such an approach requires urgently improving communication about COVID-19; increasing access to health services, including palliative care, for those already socially vulnerable; and providing economic support to cope with the mitigation.”

Striking images of SARS-CoV-2 infected cells
Step-by-step guide on how to make new antibody test published
Is there long-term immunity for SARS-CoV-2?
What COVID-19 vaccine should I get? Whichever one you are offered, say experts