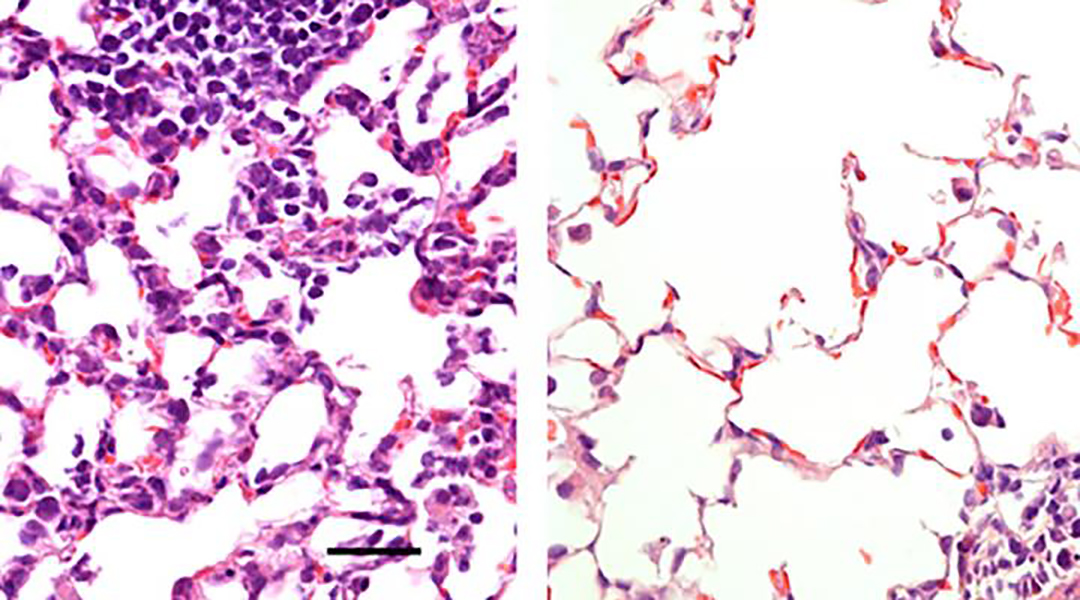 A new study carried out by researchers at Washington University School of Medicine in St. Louis describes a new nasal vaccine that was shown to be effective against the SARS-CoV-2 virus. The vaccine resulted in a strong immune response in the cells of the inner lining of the nose and upper airway, and provided global protection from infection, even when the mice were challenged with the virus.

Vaccines are commonly given via an intramuscular injection, which helps maximize the vaccine’s ability to stimulate an immune response in our bodies because it can enter the bloodstream quickly and get to work.

The current vaccine, however, is delivered at the site of first infection: the nose and respiratory system. Writing via email, one of the study’s lead authors, Michael Diamond, M.D., Ph.D., the Herbert S. Gasser Professor of Medicine and a professor of molecular microbiology, pathology, and immunology, said the decision to change the administration route was based on prior studies with nasal influenza vaccines — which show better upper and lower airway immunity— as well as the fact that when their vaccine was administered intramuscularly, it performed well, but not as well as they had hoped.

“There is less experience [when it comes to nasal vaccines — they] require some formulation. Some vaccines may not be compatible with this route of inoculation,” said Diamond. “Some vaccines are targeting systemic rather than mucosal immunity so it does not always make sense.”

The nasal vaccine uses an inactive form of the adenovirus, which is responsible for the common cold. Adenovirus-based vaccines have previously been explored for other infectious diseases, such as SARS, MERS, and Ebola, and have been found to be safe and efficacious in pre-clinical and clinical trials.

“The adenovirus is what we call ‘replication incompetent’,” he continued. “We have deleted key genes so it cannot replicate. It can only travel to and enter cells and allow one round of protein (including SARS-CoV-2 spike) production. It cannot make new adenovirus. It is not inactivation — rather we disenable it genetically from producing any new virus. This confers safety.”

To create an immune response against the SARS-CoV-2 virus, the team fitted their adenovirus with its infamous spike protein.

“[Our] vaccine encodes for the COVID-19 spike protein. This is the target of protective antibody responses,” said Diamond. “When administered via the nose, antibody responses are induced locally (in the respiratory tract). This enables the immune response to stop the virus at the initial stage of infection before it is able to spread anywhere.” The new vaccine incorporates two mutations into the spike protein that lock it into a specific shape that is most conducive to forming antibodies against it.

In their study, the team administered the vaccine to mice either through nose or injection. They found that while the injection prevented severe symptoms of COVID-19, such as pneumonia, it did not prevent infection of the nose and lungs, which means inoculated individuals could still spread the virus. When delivered through the nose, however, the vaccine prevented infection in both the upper and lower respiratory tract, suggesting vaccinated individuals would not spread the virus or develop symptoms in other organs.

According to Diamond, the researchers have used similar adenovirus-based vaccine platforms before, but were surprised at how much better the same vaccine worked when given via the nasal route.

“We will soon begin a study to test this intranasal vaccine in nonhuman primates with a plan to move into human clinical trials as quickly as we can,” Diamond said in a statement. “We’re optimistic, but this needs to continue going through the proper evaluation pipelines. In these mouse models, the vaccine is highly protective. We’re looking forward to beginning the next round of studies and ultimately testing it in people to see if we can induce the type of protective immunity that we think not only will prevent infection but also curb pandemic transmission of this virus.”

A new biosensor detects COVID-19 antibodies in 10-12 seconds
SARS‐CoV‐2 virulence: Interplay of floating virus‐laden particles, climate, and humans
What COVID-19 vaccine should I get? Whichever one you are offered, say experts
Conserved elements in viral genomes may provide targets for broad-spectrum drugs