How do mutations help SARS-CoV-2 escape our antibodies? 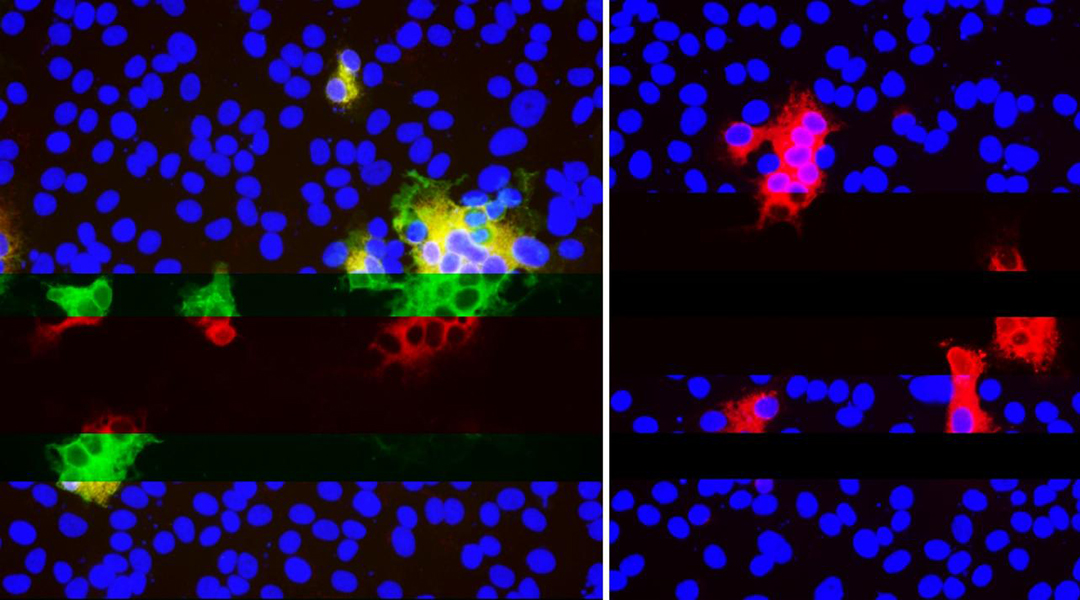 Viruses are highly adept at survival through random genetic changes that take place in their viral code. It’s part of an endless evolutionary back and forth: the immune system has developed tactics to fight pathogens, and pathogens develop tactics to evade it.

Viruses, such as SARS-CoV-2, are continually mutating — in fact thousands of mutations have been observed since it was identified last year — though a majority of these mutations are nothing to be concerned about because they do not significantly alter the behavior of the virus.

But every once in a while, as a result of evolutionary chance, a virus will strike upon a favorable mutation that helps improve its odds of survival.

In a recent study published in Science, a team of researchers from the University of Pittsburgh School of Medicine have deduced that new variants of the SARS-CoV-2 virus are developing the ability to evade the immune system by selectively deleting small bits of its genetic sequence that encode for the virus’ spike protein.

Our antibodies use the spike protein to neutralize the virus by using it as a handle, which prevents it from being able to latch onto and infect healthy cells. The virus can no longer replicate and dies. However, if the virus alters its spike protein or deletes sections of it that the antibodies latch onto, then we have a problem.

“You can’t fix what’s not there,” said Paul Duprex, senior author on the study and director of the Center for Vaccine Research at the University of Pittsburgh. “Once it’s gone, it’s gone, and if it’s gone in an important part of the virus that the antibody ‘sees,’ then it’s gone for good.”

These “neutralization deletions” were first identified by Duprex’s group in a SARS-CoV-2 variant isolated from an immunocompromised patient, who was infected with SARS-CoV-2 for 74 days before unfortunately dying from COVID-19. This is ample time for the virus to shape shift and adapt to the body’s arsenal.

To see whether these deletions might be part of a larger trend, Duprex got in touch with the study’s lead author, Kevin McCarthy, who is assistant professor of molecular biology and molecular genetics at Pitt and an expert on the influenza virus.

McCarthy and colleagues pored through the database of SARS-CoV-2 sequences collected across the world since the virus first spilled over into humans. When the project started in the summer of 2020, the concensus was that SARS-CoV-2 was stable, but the more they analyzed the data, the more deletions McCarthy observed, which kept happening in the same places. These changes result in a change in shape in the spike protein, but one that allows the virus to keep its ability to invade cells while remaining elusive to antibodies.

“Evolution was repeating itself,” said McCarthy. “By looking at this pattern, we could forecast. If it happened a few times, it was likely to happen again.”

Among the sequences McCarthy identified as having these deletions was the so-called “U.K. variant” — or to use its proper name, B.1.1.7. By this point, it was October 2020, and B.1.1.7 hadn’t taken off yet. In fact, it didn’t even have a name, but it was there in the datasets. The variant was still emerging, and no one knew then the significance that it would come to have. But McCarthy’s analysis caught it in advance by looking for patterns in the genetic sequence.

What does this mean for vaccine development?

The team was relieved to note that the variant Duprex first identified in the immunocompromised patient was still susceptible to antibody binding, even after the deletion mutation. This means that not all deletion mutations allow the virus to escape, however, it does underscore the importance of a combined approach to fighting this virus.

Although this paper shows how SARS-CoV-2 is likely to escape the existing vaccines and therapeutics, it’s impossible to know at this point exactly when that might happen. Will the COVID-19 vaccines on the market today continue to offer a high level of protection for another six months? A year? Five years?

“How far these deletions erode protection is yet to be determined,” McCarthy said. “At some point, we’re going to have to start reformulating vaccines, or at least entertain that idea.”

Adapted from press release provided by the University of Pennsylvania