Paul Shearing of UCL explains thermal runaway observed in lithium-based battery systems, and comments on its mitigation and the future of battery safety. 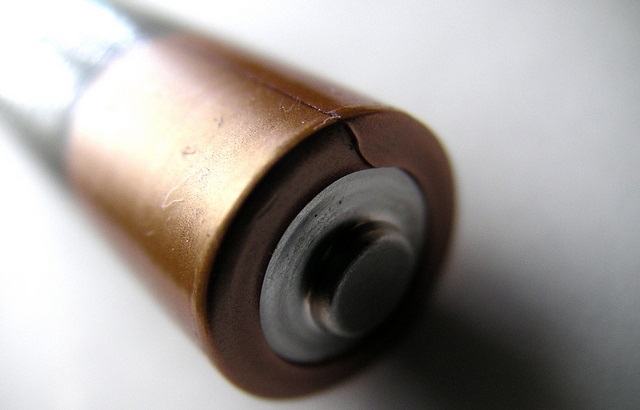 Paul Shearing of UCL explains thermal runaway in lithium-based battery systems. For more comprehensive information on this issue, check out his paper ‘Identifying the Cause of Rupture of Li-Ion Batteries during Thermal Runaway’ in Advanced Science.

Do we know what causes thermal runaway in lithium-ion batteries?

Thermal runaway is a term which describes a range of failure mechanisms associated with Li-ion batteries: failures by thermal runaway result from a sequence of exothermic (energy-releasing) events, which ultimately generate heat at a rate faster than the battery can effectively manage, leading to cell failures which are characteristically catastrophic. In recent years, there have been a number of high-profile cases of thermal runaway; however, these events are extremely rare, with failure events estimated to be as low as one in 40 million cells. However, with the increasingly widespread adoption of Li-ion batteries across a range of applications, alongside increasing energy density, it is important to understand and mitigate these problems.

There are a range of issues that can trigger thermal runaway processes: unexpected chemical reactions, lithium plating inside the cell, short circuit as a result of contamination during the production process, or poor ‘balance’ between the positive and negative electrode. Typically, during a thermal runaway process, one exothermic process will generate sufficient heat to trigger a second, and so on until the cell undergoes significant ‘self heating’, leading to failure.

What measures need to be taken to prevent this from happening?

Firstly, we start with the effective and safe design of materials, cells, and production processes: rigorous materials selection mitigates the risk of any failures, and the highly sophisticated and automated cell production ensures effective quality control.

There are a range of safety mechanisms in cell and system designs that aim to prevent thermal runaway: the battery management system (BMS) manages the current and voltage limits of the cell and also monitors capacity fade, preventing cell operation in extreme temperature. Inside the cell, thermal fuses (or positive temperature co-efficient devices), shutdown separators, current interrupt devices, and bursting valves all help to prevent thermal runaway or mitigate its impact if it does occur.

New batteries are expected to have increasing power and energy density, enhanced durability, and reduced costs. All of this must be achieved in parallel to improving safety standards, particularly for demanding applications such as electric vehicles, where peak power delivery rates may be expected to be hundreds of kilowatts.

There are a range of innovations to cell hardware and materials that are attempting to tackle this, for example, the production of new separators that are more resistant to short circuiting,  safer current collectors, and continual improvements to the manufacture and QC processes for ‘Giga Factory’ scale LIB production. Meanwhile, completely different cell chemistries (such as Na-ion or Al–air battery systems) may offer completely new directions to ensure battery safety.

So long as we pursue continuing increases to energy density (packing more energy into the same space and weight), it is paramount that work on battery safety continues.

Interested in more critical problems in energy research? Try these:

The right materials are essential to the design of future fusion reactors
Scientists offer an inkjet printing technology to make compact, flexible battery elements
Nano-silicon samurai: Surface engineered sponges to clean up oil
The many sides of carbon – Ultra black to climate change