With SARS-CoV-2 continuing to circulate, new oral antivirals promise to be game changers in helping to end the pandemic. 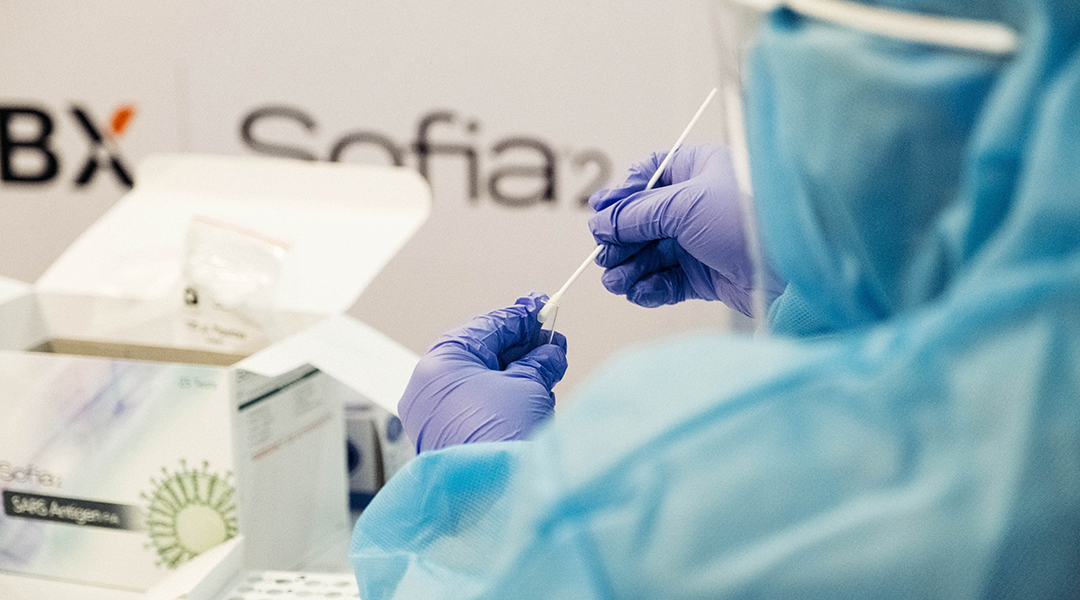 Two new oral medications designed to treat COVID-19 were recently announced by pharmaceutical companies Merck and Pfizer. The medications aim to prevent the worst of the disease, minimizing severity, risk of hospitalization, and death.

While a range of effective vaccines are available to prevent infection with SARS-CoV-2, limited options exist in terms of treatment, especially easy-to-access oral medications that would help treat high-risk individuals.

At the beginning of October, Merck announced results from its randomized clinical trial for the antiviral molnupiravir, in which data from 775 patients with mild-to-moderate COVID-19 and at least one risk factor associated with poor disease outcome was collected. Molnupiravir, taken five days after symptom onset, was found to reduce the risk of hospitalization or death by approximately 50% compared to the trial’s placebo group.

Pfizer released its results last week, where its own antiviral, paxlovid, showed an impressive 89% reduction in risk of COVID-19-related hospitalization or death compared to placebo in patients treated within three days of symptom onset.

Developing antivirals against SARS-CoV-2 has been a complex process, with lack luster results observed for the only other approved antiviral treatment, remedisvir. However, the development of these oral pills is being touted as a “game changer” for minimizing the severity of the pandemic, especially in areas of the world with limited access to vaccines.

“With the virus continuing to circulate widely, and because therapeutic options currently available are infused and/or require access to a healthcare facility, antiviral treatments that can be taken at home to keep people with COVID-19 out of the hospital are critically needed,” said Wendy Holman, chief executive officer of Ridgeback Biotherapeutics, in Merck’s October press release.

How do they work?

Pfizer’s drug belongs to a class of drugs known as protease inhibitors, which are designed to disrupt enzymes crucial to the viral replication process to slow or halt infection. It’s given in combination with an older antiviral, ritonavir, which helps boost paxlovid’s activity.

“Drug cocktails [like ritonavir/paxlovid] that have the same target can often be a successful way to reduce the likelihood of drug [resistant] mutations cropping up,” said Dr. Adam Bailey, an assistant professor in the Department of Pathology and Laboratory Medicine at the University of Wisconsin–Madison, in an interview with Medical News Today. “Instead of striking upon a single mutation that confers resistance to one drug, the virus must acquire two or more different mutations to generate resistance to both drugs simultaneously.”

But antiviral resistance is an inevitability, say experts. Viruses replicate and mutate so quickly that it’s difficult to keep up — a sticking point in the treatment of other viruses like HIV or influenza. The worry with widespread use is that this will happen sooner rather than later. But some experts say its still early days, and fortunately, SARS-CoV-2 replicates at a relatively slower rate compared to other viruses, buying us time before antivirals such as these become ineffective.

“I’m not worried for a while,” says Monica Gandhi, an infectious disease specialist and professor of medicine at UC San Francisco in an interview. “Right now, I think of it as the very early stages of HIV, and it’s like a miracle to get anything.”

The arrival of additional candidates, already in the works at several pharmaceutical companies, might also provide an edge, as one antiviral becomes ineffective, another can be used in its place or cocktails of antivirals can be used — like in the treatment of HIV — until COVID-19 is brought under control.

No substitute for vaccines

While experts and healthcare professionals are enthusiastically welcoming the new antiviral drugs, many fear the effect they might have on further impeding vaccine roll outs in nations where vaccine uptake is stagnating.

Some may view the drugs as a vaccine alternative, but experts are quick to point out that they are not a substitute and must be used in conjunction with vaccines to remain effective.

“By relying exclusively on an antiviral drug, it’s a bit of a roll of the dice in terms of how you will do. Clearly, it’s going to be better than nothing, but it’s a high-stakes game to play,” said Dr. Peter Hotez, a vaccine expert and professor of molecular virology and microbiology at Baylor College of Medicine, in an interview.

One reason is that both antivirals must be given early on, and within a narrow window, during the phase of infection in which SARS-CoV-2 begins replicating in the body. Beyond this point, after replication is complete, the most severe effects of the disease arise from our body’s own rampant immune response triggered by the presence of the virus. At that point, the antivirals won’t be much help.

Both Pfizer and Merck have said they are making efforts to improve their drugs’ global accessibility.

In contrast to major vaccine manufacturers, Merck has pledged to make its drug widely available and has signed deals with several Indian manufacturers who will produce generic forms of the medication. Molnupiravir will be manufactured and sold in over 100 countries — mainly in Africa and Asia — where vaccines have been in short supply.

Pfizer has stated that they are “working to ensure access for its novel antiviral candidate for those most in need around the world”. Though how this will be done has not yet been made clear.