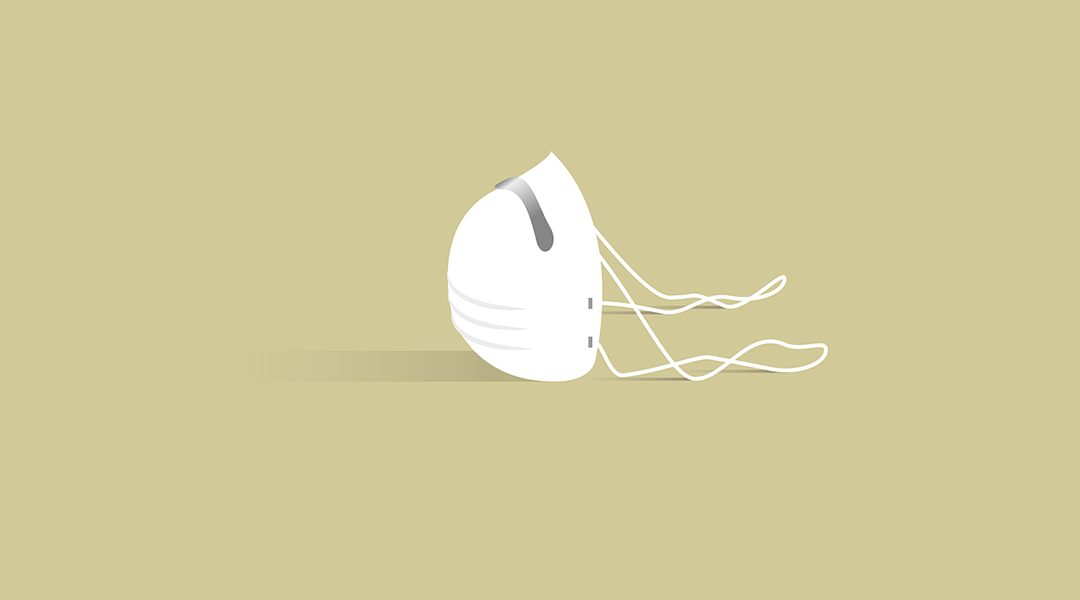 As countries around the world begin to re-open, minimizing the impact of the second wave of COVID-19 is crucial to getting back on our feet. A growing body of evidence supports the idea that SARS-CoV-2, the novel coronavirus that causes COVID-19, is spread primarily by asymptomatic people through aerosols. In fact, one study tracking the spread of the disease on a cruise ship suggested that up to 80% of people who tested positive for COVID-19 did not show any symptoms.

This along with other sources of mounting evidence drastically underscores the prevalence of SARS-CoV-2’s silent transmission. In a recent study published in the journal Science, it was estimate that a single minute of loud speaking could generate between 1000-100 000 viron-containing aerosols, which can remain airborne for hours and travel long distances due to their small size. A 1 μm aerosol droplet will linger in the air for roughly 12 hours before settling to surfaces and spreading via contact. In contrast, ~100 μm droplets produced in coughs and sneezes quickly fall out of the air in roughly five seconds.

“Traditional respiratory disease control measures are designed to reduce transmission by droplets produced in the sneezes and coughs of infected individuals,” said the authors in their study. “However, a large proportion of the spread of COVID-19 appears to be occurring through airborne transmission of aerosols produced by asymptomatic individuals during breathing and speaking.”

The smaller size of the SARS-CoV-2 aerosols also allows them to penetrate deeper into the lungs, “bypassing the immune system, which can lead to more severe cases of COVID-19”.

Minimizing the virus’ spread through testing of infected individuals and contact tracing is proving to be more challenging than previous outbreaks of similar viruses, such as SARS and MERS, as infected individuals are highly contagious for several days before symptoms occur. In Wuhan, China, it’s estimated that “silent shedders” were the driving force behind the virus’ spread, and were responsible for up to 79% of viral infections.

As countries begin easing restrictions, a majority are not enforcing the use of masks in public places. “A study in hospitals in Wuhan, China, found SARS-CoV-2 in aerosols further than six feet [1.8 m] from patients with higher concentrations detected in more crowded areas,” said the authors. This, along with evidence from other studies, emphasizes not only the importance of regular, widespread testing, but in wearing masks and maintaining physical distancing measures even after isolation rules are lifted.

Countries that have been most effective at reducing the spread of COVID-19 were those that implemented universal masking. Taiwan, for example, did not implement a lockdown during a pandemic, but maintained a low number of 441 cases and seven deaths in its population of 24 million. According to the current study, the availability and widespread adoption of wearing masks likely influenced the low number of COVID-19 cases in the state.

It is therefore essential that control measures to reduce aerosol transmission be taken seriously as the world begins to re-open. “Given how little is known about the airborne behavior of infectious aerosols, it’s difficult to define a safe distance for physical distancing. However, a six-foot perimeter indoors without a mask is likely not enough if an asymptomatic person is actively shedding the virus,” said the researchers. “A good comparison is exhaled smoke: The distance from a smoker at which you can smell smoke indicates the distance at which you might also inhale infectious aerosols. Many factors affect aerosol spread indoors and outdoors, such as air flow and ventilation, number of people in the space, time of exposure, sunlight, temperature and humidity.”

More studies of the filtering efficiency of different types of masks are also needed, but anything seems to better than nothing at this point. We have a responsibility as a society to protect one another, and the simple act of covering both your nose and mouth could potentially save thousands of lives.