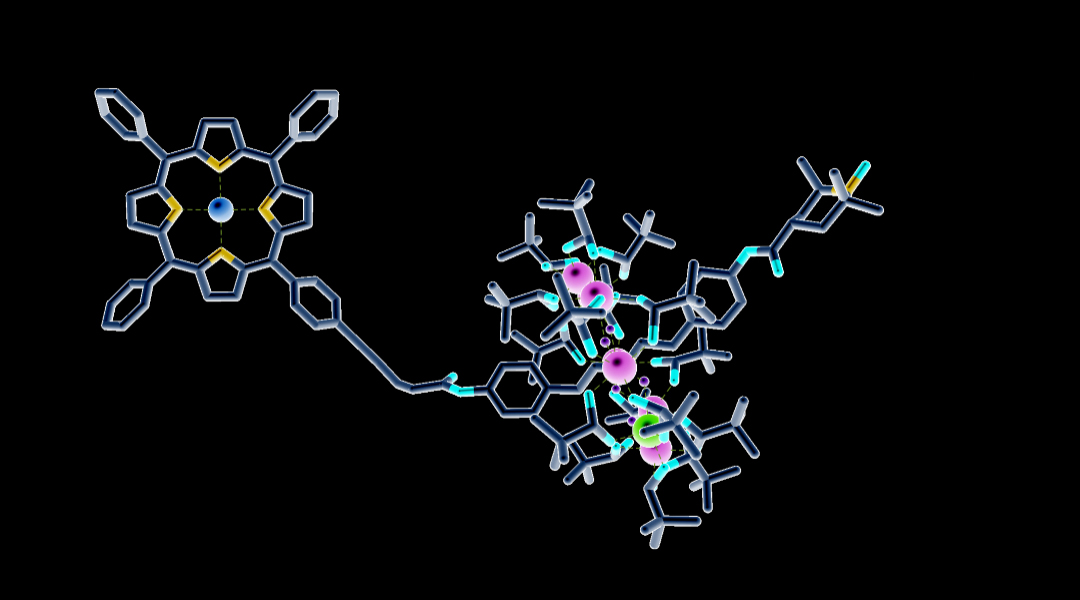 In recent years, quantum computers have become an exciting and promising area of research in physics, computer science, and information technology. They rely on a quantum mechanical phenomenon known as superposition, in which the basic unit of information, called a qubit, can exist as an arbitrary combination of both 0 and 1, simultaneously — unlike the conventional computers we are familiar with, where a bit can take on only one of these values at a time.

This difference in basic operating principles gives these devices a huge advantage when it comes to solving certain classes of problems, which include modeling the structure of proteins, improving machine learning algorithms, and quantum encryption.

While advantageous, qubits are difficult to make, and scientists have gotten creative, making them from photons, ions, and even quantum dots. But what about molecules? The idea was put forth in the early 2000s, but until recently, researchers were unable to synthesize and manipulate a molecule containing more than two qubits.

Only in a recent study published in Angewandte Chemie have a team of scientists led by Alice Bowen and Richard Winpenny of the University of Manchester reported the synthesis of a molecule with three qubits.

“[The idea behind] using molecules in quantum information processing was due to papers from the start of the century by a Swiss physicist named Daniel Loss,” said Winpenny in an e-mail. “[His] proposals seemed exciting, and we thought we could feasibly produce the molecules to test Loss’ ideas.”

The molecule reported in the current study consists of three components: CuII, a Cr7Ni ring, and a nitroxide, each of which can exist in a superposition of two quantum states (0 and 1) corresponding to different orientations of the electron spin in each component.

An experimental study showed that the electron spins within each component interact with each other weakly, and that they can be addressed individually by tuning the parameters of the electromagnetic field applied to them. This is necessary as individual and precise control over the state of qubits is very important.

“The major disadvantage is integrating them with traditional computational devices,” Winpenny said. “Some of my colleagues are also obsessed with the coherence times, i.e., how long the information is retained in the molecule. Advantages could be the ease with which we can control and modify the interactions between qubits. This is far more difficult in other architectures. The presence of nuclear spins could also offer the possibility of using molecules for quantum error correction.”

The three-qubit complex that the scientists considered is promising though still a simplified prototype of a real quantum computer. It is far from being a device suitable for solving both purely scientific and applied computational problems.

“The theoretical physicists with whom we work produce proposals that appear plausible, but none of yet been converted into devices,” Winpenny concluded. “The challenge is in building devices to address and read out from our molecules. Some problems, particularly quantum error correction, may be easier with molecules.”

Despite all these challenges and with more to likely pop up in the future, the researchers hope that their result is an important step towards building a working molecular quantum computer and ushering in an era of accessible and efficient quantum computations.

Anesthesia with propofol could prime tumor cells for metastasis
Teleportation is possible, it just depends on scale
Tetraneutron finally found
The best way to study a lake? Float on top of it