Check out atomic glimpses of graphene ribbons, double bubble microspheres, and a solar evaporator made from bone. 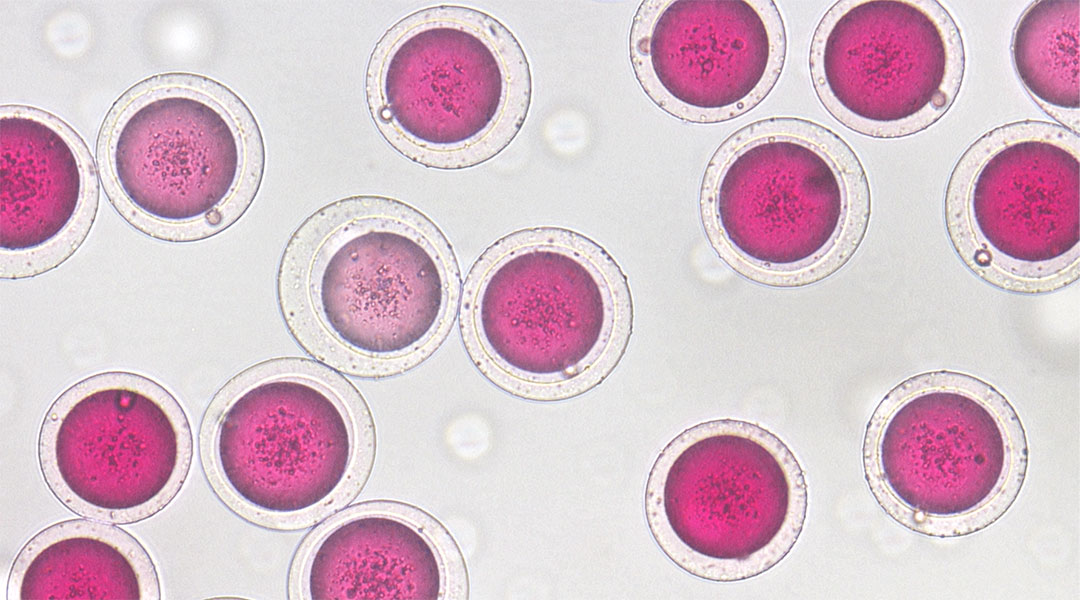 Though the sciences can often feel opaque — relegated to a sterile lab, or a computer quietly crunching vast amounts of data — there is an inherent imagery to research that often goes overlooked, but through it, important glimpses into a field or discovery can be made.

Science in pictures is a collection of our editors’ favorite images published in our journals, capturing the art and beauty behind innovative discoveries.

Lung fibrosis, where scar tissue forms in the lungs as a result of injury or disease, such as COVID-19, is a chronic and fatal disease with no known cure. A means of developing a curative therapy requires an effective model to improve our understanding of the underlying biological processes that contribute to scar tissue formation and how to reverse these processes, but many that are currently available are limited.

Publishing in Advanced Materials and gracing the cover of an October issue, Ali Doryab, Otmar Schmid, and colleagues at the Institute of Lung Health and Immunity and Comprehensive Pneumology Center, Helmholtz Munich, report a biomimetic, in vitro lung fibrosis model that allows real-time measurement of the cell mechanics under physiologic conditions. The image above is a pseudo-colored SEM image taken of the BETA membrane with seeded alveolar epithelial A549 cells.

Structured microparticles or particles with cavities differ from traditional solid or hollow microspheres. They are of great importance due to their exceptional material properties as well as the possibility to encapsulate other materials within them. However, producing them in a reliable way is a challenge.

The image here, published in Advanced Science by Naresh Yandrapalli and Markus Antonietti from the Max Planck Institute of Colloids and Interfaces in Potsdam, Germany, depicts SEM and color images of skeletal particles extracted from various multi-core emulsions. The team used polydimethylsiloxane (PDMS)-based microfluidics to generate these complex emulsions with multiple inner cores.

When organized in a helical fashion, cholesteric liquid crystals (CLCs) exhibit structural color when the length of periodicity, known as the helical pitch, is in the visible light range. In a study published in Advanced Optical Materials, Albert Schenning, from Eindhoven University of Technology, and his colleagues explore a lesser-known technique to produce them, one in which distinct microdroplets are incorporated inside a polymer dispersed cholesteric liquid crystal (PDCLC).

To do this, the researchers emulsified multiple thermosensitive CLC mixtures, which resulted in interspersed CLC droplets within the PDCLC coating. Investigations of the dynamics inside these oblate-shaped droplets revealed various optical time–temperature responses, dependent on the initial emulsion composition.

As a sustainable means of obtaining fresh water from salt water sources, interfacial solar-vapor generation is very promising but it suffers from serious degradation due to salt contamination and a low freshwater collection rate under natural sunlight. In Advanced Sustainable Systems, Junping Zhang and colleagues from the Chinese Academy of Sciences created a solar evaporator derived from the bones of cuttlefish.

As a biomass material, the new solar evaporator has advantages such as sustainability, biocompatibility, being biodegradable, and being low cost. It is fabricated by combining the cuttlebone with a photothermal composite for long-term solar desalination and freshwater collection. The team demonstrated continuous collection from high concentration brine without any salt sediment buildup.

Bioinks have been developed to enable the 3D printing of artificial tissues and organs, but current approaches use bulk hydrogels. This image from a study published in Small by Kristi Anseth and colleagues at the University of Colorado Boulder report a new ink made from self-assembling nanoparticles and a microgel to overcome limitations in 3D bioprinting.

While other microgels have been suggested for 3D bioprinting before, the researchers report that their bioink (depicted in the image here) is more porous and is capable of maintaining its shape while integrating well with cells. Thus, the team believes that the platform could open new avenues in tissue engineering, leading to the printing of functional artificial organs.

In engineering miniature cardiac models, it is important to capture details such as the orientation of myofibers. Above, F-actin (red) and α-actinin (green) staining of heart cells grown in micro-grooves on a stretchy plastic scaffold (blue) show cell alignment.

Such scaffolds were developed and used in a recent publication in Advanced Biology by Milica Radisic and co-workers to build a cone-shaped left ventricle model. Trapezoidal sheets of scaffolding with various orientations of micro-grooves were wrapped around a central rod, allowing researchers to measure real-time changes in calcium concentration, volume, and pressure.

Drugs that dissolve in fats rather than water sometimes need help getting around the body. One way to do that is to encapsulate them such as here, modeled by a red dye in a polylactic acid (PLA) microsphere. When the PLA degrades in water, the drug is slowly released.

This image from a recent paper published in Journal of Polymer Science by Yoonjin Oh and Shun-Hyun Kim at the Korea Advanced Institute of Science and Technology shows doubly encapsulated drugs — there is a hydrogel shell around the PLA microspheres that enables more controlled release. The hydrogel also prevents particles from sticking to each other and syringe walls, making the suspension of particles more stable during injection.

Interpenetrating network (IPN) hydrogels can be tougher and stretchier than conventional single-network gels. However, they are usually difficult to 3D print because they require multiple steps to create. This photograph from an Advanced Materials paper illustrates the precise printing of a 3D knot made of an IPN hydrogel by Jason Burdick and co-workers at the University of Pennsylvania and the University of Colorado, Boulder.

Porous graphene nanoribbons, like the one shown in the non-contact atomic force microscopy image above, are exciting for applications in water desalination, gas separation, ion transport, and sensing. However, for all these applications, control of pore shape and density is important because it impacts electronic properties.

Researchers from Empa – Swiss Federal Laboratories for Materials Science and Technology, the University of Bern, Technische Universitat Dresden, and the Max Planck Institute of Microstructure Physics, have contributed to a publication in Journal of Polymer Science that explores the bottom-up design and synthesis of these nanoribbons on a gold surface.

The glymphatic system is a waste clearance system in the central nervous system and its dysfunction has recently been shown to impact the development of diseases like Alzheimer’s, Parkinson’s, and Huntington’s. It’s difficult to study the causes of this dysfunction in animal models, so a recent Advanced Biology publication by Esak Lee and colleagues at Cornell University takes the first steps towards “glymphatics-on-a-chip”.

Here, an image of a bioengineered microvessel (scale bar 50 µm) is stained to mark CD31 (green), a protein that plays a role in removing aged white blood cells from the body, and DNA in nuclei of astrocytes (blue). Astrocytes are non-neuron cells that have functions including repair and scarring in the nervous system.

Researchers used this model to find that exposure to certain biomolecules impairs the drainage of fluid in the glymphatic unit and to explore the cellular mechanism of this impairment.

What happens to a pure copper sheet with a β-fiber texture when it is subjected to shot peening — a technique in which a material surface is bombarded with hard particles (metal “shots”) to improve service properties?

This inverse pole figure map published in physica status solidi (b) by Hisashi Sato and colleagues the Nagoya Institute of Technology shows the microstructures that formed on peened surfaces. Understanding what happens during this process and how to control of the crystallographic texture will help make shot-peening an important tool for preparing copper and other catalytic surfaces for high-quality graphene growth.

Designing a coating with a wide spectrum of functions, such as liquid repellency, anticorrosion, and antiflaming is a challenge because many times their individual functionalities have conflicting requirements on the interfacial or bulky properties of materials. Throw in mechano–chemical–thermal robustness, and you’ve got your work cut out for you!

In a study published in Advanced Materials, Libin Liu of Qilu University of Technology (Shandong Academy of Sciences), Zuankai Wang of City University of Hong Kong, and their co-workers created an integral skin-inspired triple-layered coating (STC) that resolves conflicting demands on the structural, chemical, mechanical, and thermal properties of materials. This image here is taken from a demonstration in which a wooden house model is set alight after 45 seconds of continuous ignition. The STC-model was partially ignited after 110 s and then self-extinguished at 135 seconds.

This tiny 3D-printed device is made to harvest cells on the inside of veins, arteries, and lymph nodes. Such a device will help doctors and researchers get information on tissue status in patients, leading to clinical outcomes such as early diagnosis of atherosclerosis (plaque build-up in arteries).

For now, it has been tested in vivo in a swine model and was successfully selective towards the inside layer of cells in the blood vessels. The device, published in Advanced NanoBiomed Research by Staffan Holmin at the Karolinska Institute, Niclas Roxhed at the KTH Royal Institute of Technology, and their co-workers, is inserted through a conventional plastic microcatheter, a tube that is maneuvered into a vessel, and consists of a wire with round brushes made of the same kind of plastic as the microcatheter.

While early detection of cancer is crucial, identifying tumors remains challenging in many cases. Many identification methods focus on markers, such as overexpressed or altered proteins, and require non-toxic, non-adhesive surfaces for cancerous proteins and cells to be analyzed.

Martin Humenik and colleagues at the University of Bayreuth, Germany, proposed combining photolithography with protein self assembly to create arbitrarily shaped and inherently cell repellent surfaces for just this purpose. The image above, published in Advanced Functional Materials, shows spreading HeLa and Kelly cells on micropatterned protein networks. The researchers can control where the cells grow with incredible precision (check out the paper’s other images), opening doors for application in circulating cancer cell isolation and cultivation, studies on cell pathogenesis, progression, and metastasis, as well as enabling development of platforms for personalized medicine.

These are giant unilamellar vesicles (GUVs) that Xiaojun Han and fellow researchers at Harbin Institute of Technology are using to make artificial cells. In a recent Advanced Materials paper, the group encapsulated living mitochondria (the powerhouse of the cell), actins (proteins in muscle cells), and a modified version of cellulose.

They could mimic muscle tissue by adding a chemical to activate the mitochondria to produce the energy molecule ATP, which in turn triggered the actin to polymerize into filaments that stretched out the GUVs. When they irradiated the stretched GUVs with a laser, the actin depolymerized, and the fake cells contracted to spheres again.

The image featured here shows the micromorphologies and X-ray diffractometer patterns of one of their electrode materials. Compared with traditional rigid electrodes, flexible liquid metal electrodes are expected to expand hydrogen production, playing an important role in areas such as chip manufacturing.