This month in pictures 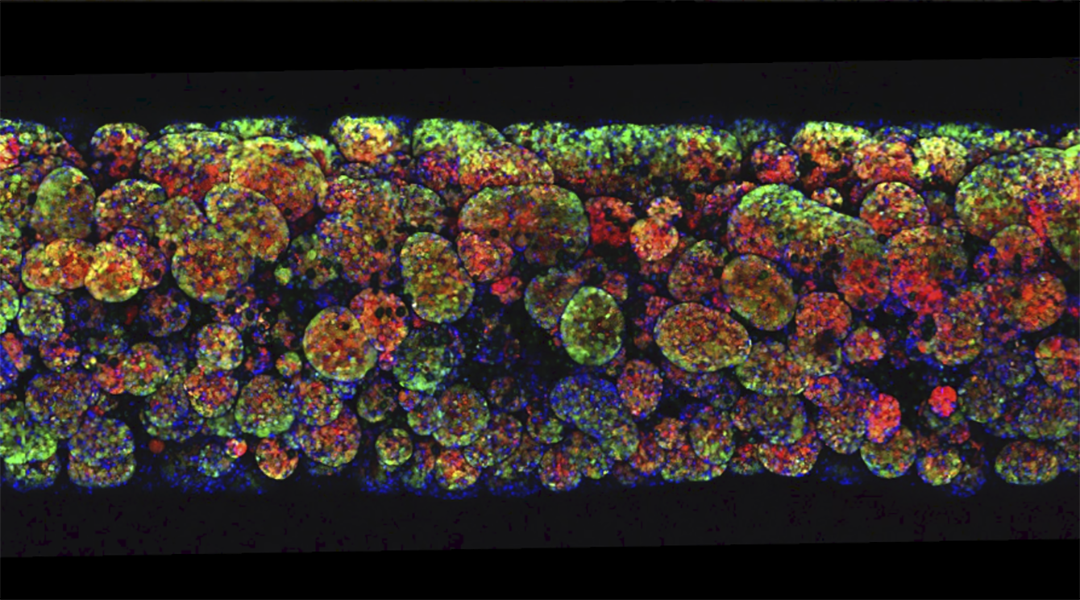 Showcasing the beauty of science and the innovative studies that have brought these images to life, this installment of This month in pictures explores some intriguing research topics.

We put together this gallery using photos and experimental images published in our journals over the past few months. We hope you enjoy perusing it as much as we enjoyed assembling it!

This millimeter-scale helix was made using a printing technique called direct ink writing. In a study published in Advanced Materials Technologies, researchers led by Eric Bukovsky from the Lawrence Livermore National Laboratory were able to create a range of complex structures with the utmost precision by tuning their ink formulation, which contains components that rapidly cure under UV light, as well under heat. This results in a final polymer with elastomeric properties and the ability to print “previously unattainable structures”, which the team envisions being useful in applications such as soft robotics and biomedicine.

Terahertz wave-absorbing materials have some nifty potential applications in radar, stealth, and telecommunications. The problem is finding a material that is cost effective and stable with high absorption and ultrabroad bandwidth. Publishing in Advanced Electronic Materials, Xiaojun Wu and co-workers from Beihang University have provided a solution in the form of 3D nickel skeletons — a web-like, flexible material, shown here, that effectively absorbs terahertz electromagnetic waves through a combination of material and structural absorption mechanisms.

Low-energy collision studies allow scientists to probe reactions governed by quantum phenomena. In a study published in Natural Sciences, researchers led by Arthur Suits explore state-to-state scattering of vibrationally excited molecules at near absolute zero temperatures to expand the capabilities of inelastic scattering investigations into new territories. This image is the scattering result of nitric oxide beams colliding with argon at 1K.

This image brilliantly captures work published in Advanced Materials by Shulamit Levenberg and her colleagues at the Israel Institute of Technology, who used 3D bioprinting and vessel-like scaffolds to create highly vascularized tissue flap implants. Functional tissue implants suffer from the drawback of not being sufficiently supported by a vascular network to help supply nutrients to the cells. The constructs by Levenberg and her team overcome this barrier as in vivo studies showed spontaneous growth of vessel networks within the scaffold and 3D construct.

Where do cells get their ribosomal RNA from?

To answer this question, researchers from the University of California Merced led by Michael Cleary took a look at the mechanisms that determine ribosome abundance in neural progenitor cells versus the neural cells they eventually become. In their paper, published in Natural Sciences, the team found that ribosomal RNA (rRNA) synthesis occurs in neural progenitors but is limited in “new born” neurons, which inherited their rRNA from their “parent”.

The ability to heal damage after traumatic brain injury or neural degeneration is hindered by a lack of effective technologies capable of delivering drugs precisely where they are needed in the brain. To solve this problem, researchers led by Assaf Zinger of Technion-Israel Institute of Technology developed a first-of-its-kind class of biomimetic human neural nanovesicles, called neurosomes, which were designed to carry drugs safely into neural cells to help repair or reverse damage. This image, published in Advanced Science, demonstrates their distribution in a 3D organoid model, laying the groundwork for establishing their safety, toxicity, and ability to deliver drug cargo.

The inside of an optical fiber is normally made from solid silica, but there are alternatives. In work recently reported in Advanced Materials, Rui Reis, Utkan Demirci, and team fill optical fibers with hydrogels that can serve as media for cell growth. The resulting “living optical fibers” allow the team to quantify complex 3D biological events, such as invasive proliferation of cancer. The image above is a longitudinal microscopy image of a fully overtaken fiber core, as unchecked cancer growth leads to the formation of a mature fibroid.

This scanning electron microscopy image shows a sphere made from regular units of metal organic frameworks. These spheres were developed by Marco Faustini and team, and can act as local, label-free temperature probes. The team show in their paper, published in Advanced Materials, that the temperature detection range of these materials can be tailored to the requirements of a specific task. As proof of concept, the photonic balls are used to determine local temperature profiles around a concentrated laser beam.

Single-layer graphene is extremely thin (≈0.34 nm), so measuring important physical and optical characteristics is understandably a bit of a challenge. In this Advanced Electronic Materials study, scientists used a technique called white-light interferometry (seen here) through which they were able to confirm the existence of vacuum channels that were used to achieve superconductivity under ambient conditions.

The low sensitivity of prostate cancer blood tests means that invasive follow-up biopsies are often required. In Advanced Materials, Jingxin Meng Lulin Ma, Shutao Wang, and team report a “cell on a chip” technique with higher sensitivity than the state-of-the-art tests. The image above was taken using environmental scanning electron microscopy and shows a prostate cancer cell that has been evaporated onto the graphene oxide coating used in the cell on a chip.

In Advanced Functional Materials, Sonia Conesa-Boj and her team at TU Delft used a position-controlled fabrication technique to build vertically aligned nano-sized pillars of the transition metal dichalcogenide (TMD), Mo/MoS2. TMDs are atomically thin semiconductors with the general formula MX2, where the X is usually sulfur, selenium, or tellurium. TMDs have potential in industrial applications, but their nanostructures need to be fully controlled to make this a reality. Conesa-Boj and team hope that their novel technique — using silicon wafers as a base — can overcome this barrier.

This technicolor blanket of concentric circles is not the work of Wassily Kandinsky, but of S´´ébastien Lecommandoux and his team at the University of Bordeaux. Publishing in Advanced Science, Lecommandoux and his colleagues created reversible organelle-like microcompartments made of instrinsically disordered proteins (IDPs). IDPs are becoming increasingly important in the field of artificial biology and have great potential in the field of biomimetic materials. The colors in the image represent the different IDPs used to create these artificial cell-like structures.

See more in this series: Science in pictures