A granular bioink could bring 3D-printed organs to life

Made of self-assembling nanoparticles and a microgel, this new material could overcome limitations in 3D bioprinting. 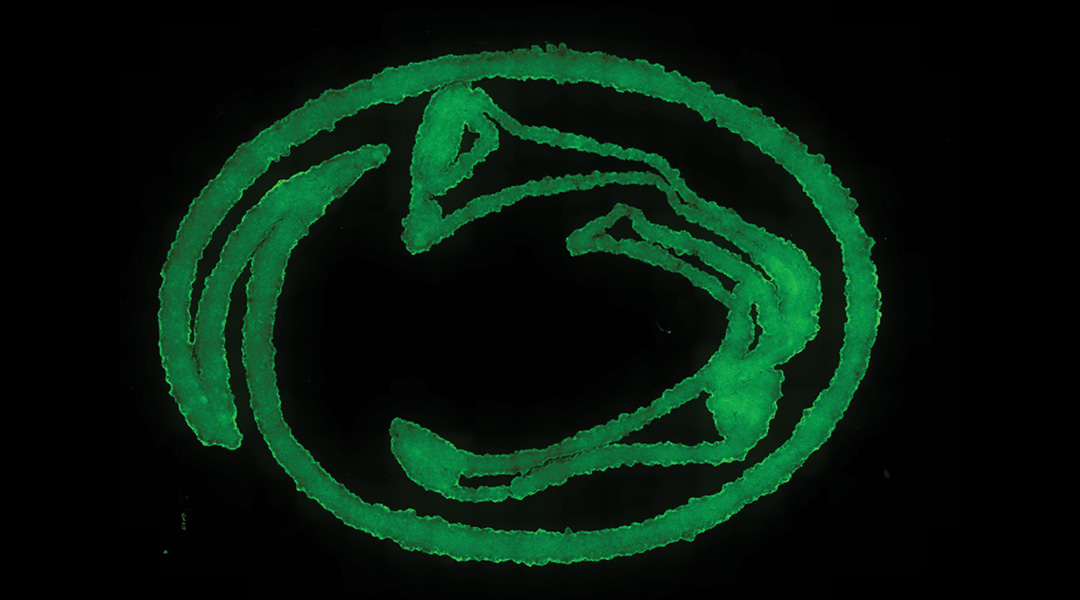 As the human population soars and medical advances extend our lifespans, the need for organ transplants and the demand for suitable donors has burgeoned. According to the Health Resources and Services Administration in the United States alone, there are over 100,000 people currently on the organ transplant list. Each day, 17 of these people pass away while waiting for an organ.

One solution to alleviate the demand is through biomaterials which can be 3D printed into complex scaffolds that host a variety of cell types — these artificial organs could then imitate their natural counterparts.

Bioinks have been developed in the past to enable the 3D printing of artificial tissues and organs but current approaches use a material called a bulk hydrogel. These are composed of networks of polymers that are capable of storing a large amount of water while still maintaining their shape.

The problem is, bulk hydrogel bioinks aren’t able to integrate well within a patient’s body, and fail to support cells when building organs that require thick tissues. Bulk hydrogel bioinks also suffer from several other limitations, including the absence of cell-size pores, meaning that 3D printing as a form of regenerative medicine has been hampered these commonly used materials.

In a new paper published in the journal Small, Penn State scientists hope to solve this problem with an alternative material. The team suggested a new, nanoengineered granular hydrogel bioink consisting of self-assembling nanoparticles and hydrogel microparticles or microgels.

While other microgels have been suggested for 3D bioprinting before, the authors report that the bioink they have developed is more porous and is capable of maintaining its shape while integrating well with cells compared to previous iterations. Thus, the team believes that the platform could open new avenues in tissue engineering, leading to the printing of functional artificial organs.

“The majority of tissues are formed from a mixture of cells and materials that support cells in an organized fashion,” Penn State researcher and corresponding author Amir Sheikhi, told Advanced Science News. “To regenerate damaged tissues or ultimately develop artificial organs, such structures need to be replicated in the lab or in the body.”

To control the organization of cells and guide them to form tissues, Sheikhi explained that artificial materials used in 3D organ printing need to be precisely combined and organized in the same way as natural bodily tissues.

The use of microgels rather than bulk hydrogels to create engineered tissue scaffolds allows for the formation of 3D constructs in situ and for the regulation of the porosity of the structures — essential for allowing cells to survive and grow.

“Some efforts have been devoted to using hydrogels made up of small-scale compartments, such as microgels,” said Sheikhi. “However, these granular bioinks must be tightly packed to be extrudable.”

Increasing hydrogel stiffness by tightly packing bioinks improves a construct’s ability to hold its shape, but it reduces its porous nature and impacts cell viability. Tightly packing these microgels also creates a “jamming” issue that results in a trade-off between maintaining shape and keeping cell-sized pores in the material

“We developed a new generation of granular bioinks made up of micron-scale particles that mimic the materials that form tissues and have enough space between them to readily host cells,” continued Sheikhi.

Increasing the “stickiness” of the microgels to create this new gradual material improved their ability to cling to each other, leading to the self-assembly of the nanoparticles while also helping the team avoid the jamming issue.

This problem is further avoided as the dynamic bonds the new material relies on can form or break with the release or application of sheer force. This ensures the 3D bioprintability of these microgels without the need to densely pack them together.

Sheikhi and the team will now investigate further applications of the nanoengineered bioink they pioneered in the field of tissue engineering and regeneration. This will involve considering models of organ or tissue disease and the possibility of in situ 3D bioprinting for organs.

Motion capture in clinics: From Hollywood to healthcare
3D printing the perfect piece of chocolate
Women in STEM you should know
Growing nerve cells: The longer the cell, the better the model