The 31st Annual Symposium of the Protein Society will take place in Montreal, Canada. To commemorate this spectacular event and to celebrate our Canadian authors, a Virtual Issue in Protein Science is presented featuring the best of recent Canadian published papers. 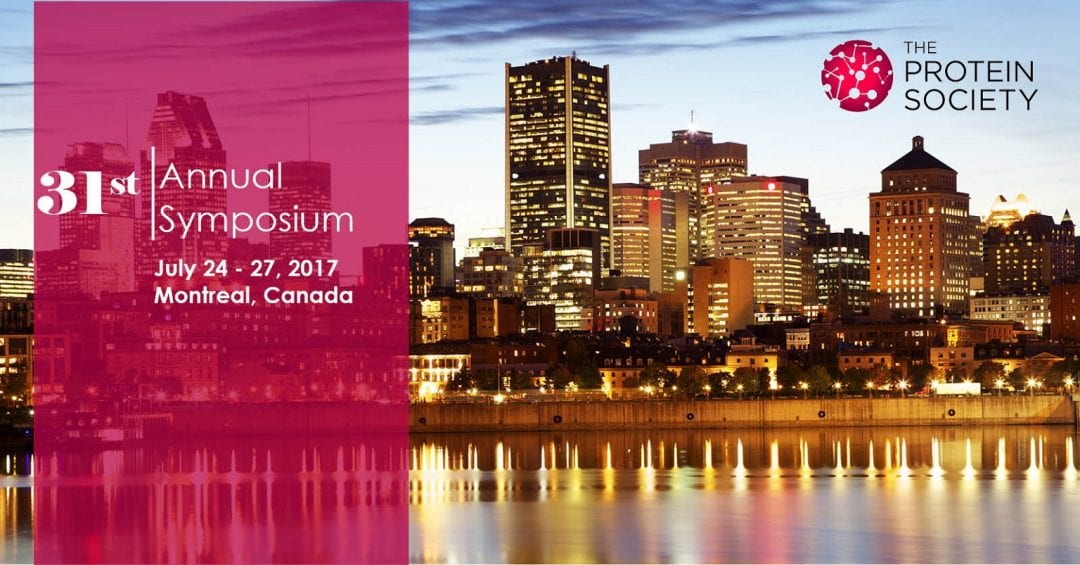 In the Protein Science Virtual Issue “Protein Science in Canada”, the Journal Editor-in-Chief Brian Matthews and Managing Editor Anar Murphy wrote: “This year’s 31st Annual Symposium of the Protein Society will take place in the City of Saints – Montreal, Canada from July 24 to 27. To commemorate this spectacular event and to celebrate our Canadian authors, we present this Virtual Issue with the best recent Canadian papers published in Protein Science. And we wish Canada its Happy 150th Birthday!” 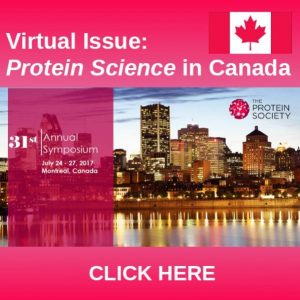 This Virtual Issue includes thirteen papers from the Journal’s Canadian authors that report state-of-the-art protein purification, imaging and characterization techniques such as Mass Spectrometry, X-ray crystallography, Cryo-Electron Microscopy, and several others. Many of which were covered in the dedicated Special Issues. The authors used these techniques to address a wide variety of fundamental questions in protein folding, unfolding and misfolding pertaining to neurodegenerative disorders, protein engineering, and protein evolution and design for biopharmaceutical applications.

These studies are only a few of many great articles by the Canadian authors Protein Science has received and published since Dr. Hans Neurath founded the Journal in 1992.

For more information read the Editorial for this Virtual Issue and the article in the collection below:

Vibrational entropy differences between mesophile and thermophile proteins and their use in protein engineering.
Vincent Frappier and Rafael Najmanovich

One ring to rule them all: Current trends in combating bacterial resistance to the β-lactams.
Dustin T. King, Solmaz Sobhanifar and Natalie C. J. Strynadka