A sensitive blood test has been developed to detect a protein biomarker of Alzheimer’s disease known as brain-derived tau. 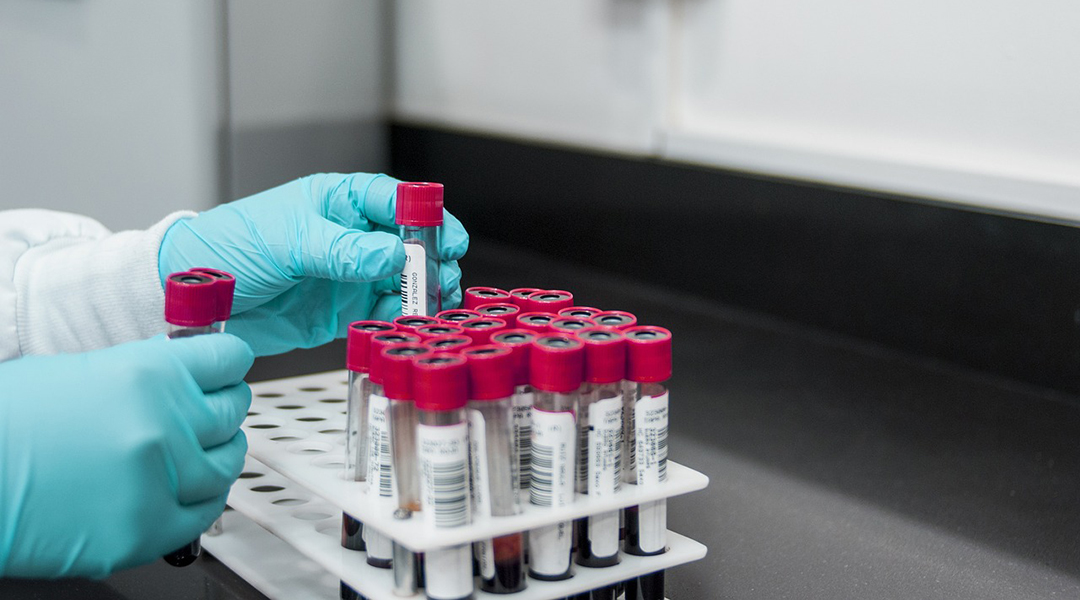 Dementia, a progressive disorder marked by deteriorating brain function, has devastating consequences for both sufferers and their families. Globally, an estimated 55 million people have dementia with approximately 10 million new cases reported every year. Alzheimer’s disease is the most common type of dementia making up roughly 60% of those affected.

Our ability to diagnose Alzheimer’s disease has drastically improved in recent years; however, identifying neurodegeneration and protein biomarkers, such as the tau and amyloid proteins indicative of the disease, require brain imaging and cerebrospinal fluid tests that are only possible in a hospital setting.

Current blood tests for neurodegeneration, are not specific for Alzheimer’s, meaning not quite accurate enough and they cannot measure protein markers directly in the brain A build up of tau protein in the brain is a hallmark of Alzheimer’s disease, but tau is also present in other tissues in the body. An accurate blood test therefore needs to be specific for brain-derived tau and not measure that from other sources.

To address this unmet clinical need, Fernando Gonzalez-Ortiz of Gothenburg University and Sahlgrenska University Hospital, along with co-author Thomas Karikari, assistant professor of psychiatry at the University of Gothenburg and the University of Pittsburgh, and their colleagues developed and validated a sensitive blood test to detect a biomarker of Alzheimer’s disease known as brain-derived tau.

“Our biggest inspiration was that having an Alzheimer-specific neurodegeneration marker would improve accuracy and confidence in a completely blood-based diagnosis or prognosis of Alzheimer’s disease,” said Gonzalez-Ortiz, in an email. A blood-based test would be accessible to more people, potentially enabling diagnostics at a doctor’s office, easing patient management, and simplifying referrals to specialized centers.

“The current neurodegeneration assays in blood for Alzheimer’s disease are unable to differentiate between tau from central nervous system origin from tau coming from peripheral sources,” explained Gonzalez-Ortiz. “Hence, the lack of correlation between levels of these markers in blood and clinical changes.”

Detailed in their recent study published in the journal Brain, the team developed an antibody that specifically binds to the tau protein from the brain as opposed to that from other sources in the body. The team went on to validate the biomarker in samples from five different studies of Alzheimer’s disease, including those conducted in other countries.

The researchers show that when measuring brain-derived tau, their blood test works just as well as cerebrospinal fluid in differentiating Alzheimer’s disease from healthy individuals but has the advantage of being less invasive for the patient and easier to perform. Importantly, the test also accurately detected the neurodegeneration unique to Alzheimer’s, distinguishing it from other neurological disorders while also providing an indication of disease severity.

“We are very excited about the possibilities for this new test […] the goal is to validate this new biomarker in large cohorts and, in the future, implement it in a clinical setting,” said Gonzalez-Ortiz.

The researchers acknowledge the importance of validating the biomarker in diverse, multi-ethnic populations and note, “Prior to clinical implementation, it is imperative that any new biomarker is tested in a wide variety of populations to ensure that it works for all groups as expected. This is what we aim to do, given that a few recent publications have alluded to the likelihood of potential differences in the performances of Alzheimer blood biomarkers in select multi-ethnic populations.”

The team also want to understand how blood brain-derived-tau relates to brain imaging biomarkers and how it may change over time.

First, further validation of this blood biomarker and more studies are needed. However, it is hoped this discovery may finally lead to an easy-to-perform, widely available test that helps diagnosis and patient management of Alzheimer’s disease, as well as bringing researchers a step closer to much needed treatments.