AI detects protein signatures for Alzheimer’s disease in the blood

A sensitive blood test for the early diagnosis of Alzheimer’s disease could be possible with nanoparticle arrays. 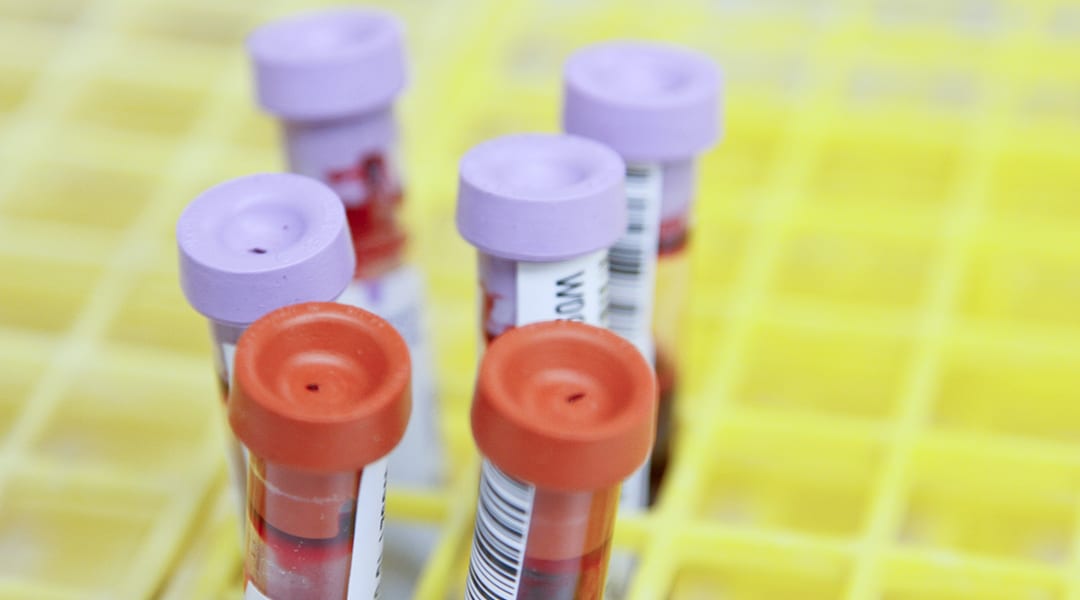 Using nanoparticles with different surface properties, researchers are able to detect subtle changes in the composition of proteins in the plasma years before the presentation of clinical symptoms of Alzheimer’s disease, which include memory loss, confusion, and cognitive difficulties.

Owing to the unique properties of nanoparticles, different proteins in biological fluids selectively stick onto their surface forming a protein corona, which was found to change during disease. Researchers from the United States and Italy identify these subtle changes in plasma protein patterns to distinguish plasma samples from healthy individuals and those diagnosed with Alzheimer’s disease.

“Protein corona composition is both influenced by specific health conditions as well as the chemical and physical properties of the nanoparticles themselves,” says Dr. Claudia Corbo of the University of Milano-Bicocca and lead author of the study published in Advanced Healthcare Materials.

“By using different particles for the same biological samples you can go deeper and deeper in the proteome, meaning you can capture more and more proteins in a highly reproducible and robust way,” he says.

They developed a diagnostic platform that uses six different nanoparticles, each binding a different set of plasma proteins, which were identified and quantified by mass spectrometry. The researchers then used artificial intelligence to identify protein corona signatures for Alzheimer’s disease after first training the machine learning algorithm using sets of protein corona patterns from healthy individuals and from Alzheimer’s disease patients.

Earlier detection with simple, non-invasive approaches would reduce barriers to routine testing, and provides better opportunities for halting or even reversing the progression of disease.

In recent years, there have been considerable efforts in developing blood tests to detect signs of Alzheimer’s disease because diagnosis currently relies on expensive PET (positron emission tomography) scans of the brain and invasive tests requiring lumbar punctures to detect amyloid-b build-up in cerebrospinal fluid. In the absence of other signs or symptoms to indicate Alzheimer’s disease, these tests are rarely performed.

Most blood tests being developed are based on the detection of biomarkers in the plasma. These tests have been hampered by lack of specificity or sensitivity of biomarker detection. Circulating amyloid peptides, for example, are present in concentrations too low to be detected reliably in blood, and these peptides can also originate from other organs.

“We didn’t know what we were looking for, and we looked for differences. This is how novel biological insight can be gained and we were excited by our results,” says Farokhzad.

“In order to truly tap into the power of proteomics you need to be able to interrogate the many different types of protein variants in an unbiased way and in a scalable way. That is what our approach enables, and we demonstrate its utility for Alzheimer’s disease diagnosis,” he says.