Targeted viral-based gene therapies come with their own risks. A new gene delivery system mimics viral therapies to infect cancer cells with vesicular stomatitis virus matrix protein, with a similar transfection efficiency as the virus itself. 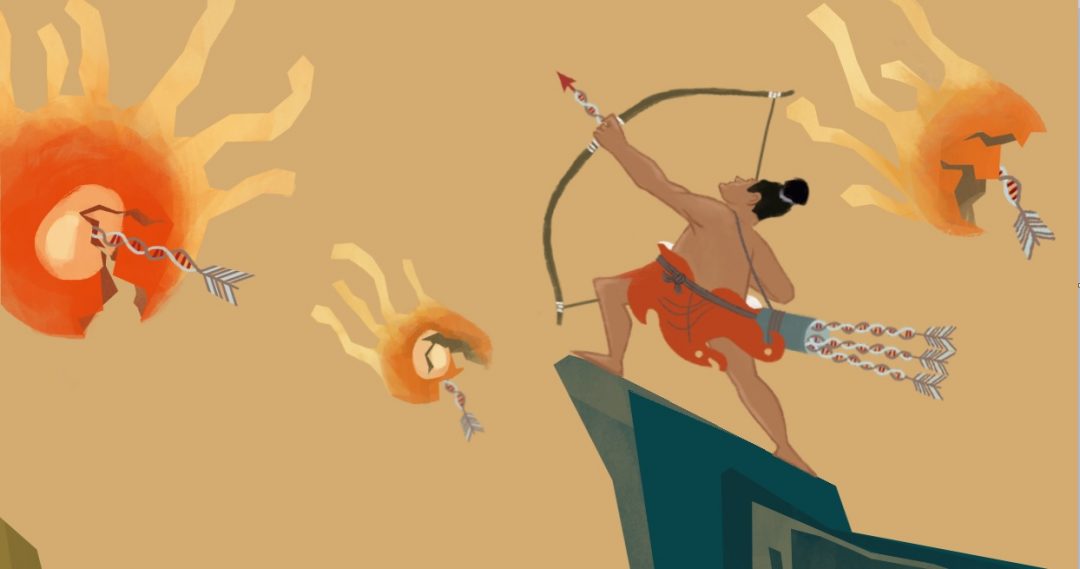 Targeted gene therapy is a promising route to treat certain cancers, but it comes with its own risks. To avoid problems, gene delivery must be controllable and precise, requirements that the current therapies have failed to deliver (pun intended).

One option under scrutiny is the use of an oncolytic virus – vesicular stomatitis virus (VSV) – which can replicate rapidly within different tumor types and suppress their growth. As with other viral gene delivery systems, however, the application of VSV in gene therapy for cancer is being held back by questions over its biosafety. 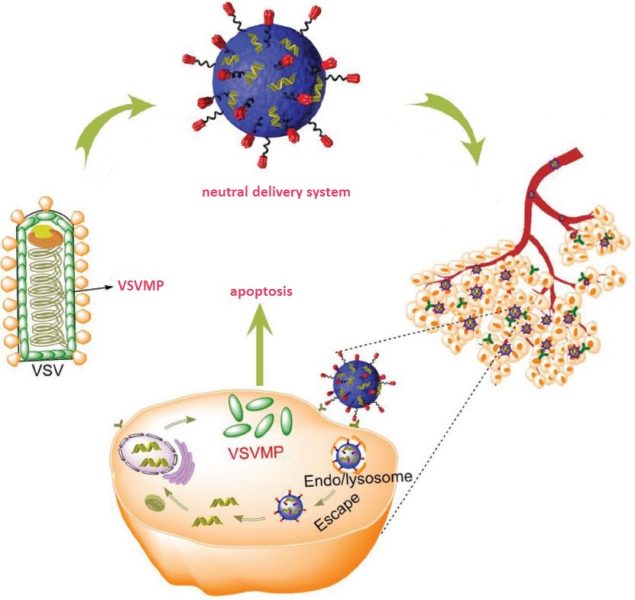 A blood-compatible alternative with minimal toxicity has been fabricated by researchers at the Sichuan and Wuhan University Hospitals, China, and at the University of Massachusetts Medical School, USA. Their new delivery system is based on biodegradable neutral nanoparticles, which are cleared less quickly from the body than their popular cationic counterparts. Cationic nanoparticles can also impair certain critical cell functions, leading to a damaging inflammatory response.

The new neutral delivery system uses particles of around 142 nm, administered intravenously. The system exploits one of the five structural proteins of the VSV, denoted VSVMP: the expression of this protein alone was previously found to induce apoptosis of a variety of different cancer types.

On the cover of Advanced Functional Materials, the researchers liken their targeted delivery system to the arrows of the mythical Chinese archer Hou Yi. One variation of his story tells that the ten sons of the Jade Emperor decided to have some fun by rising over the Earth as suns, suffocating the people with their heat, destroying crops and houses, and even bringing the rocks to their melting points. The great archer, Yi, was sent to shoot down nine of these suns using special arrows.

Excitingly, when the research team selected melanoma (an aggressive form of cancer often caused by exposure to UV radiation from the sun), they were able to demonstrate targeted delivery and a transfection efficiency of the genes which matched that of the virus itself.

See the details of their new gene delivery system here, and you can check out their beautiful front cover here.

Delivery systems are your thing? Have a look at these recent articles:

An antidiabetic drug in the fight against antibiotic resistance
Beyond Haber-Bosch: Non-Equilibrium Photocatalysis
No, the human brain did not shrink
Can Nanoparticles Boost Anticancer Photodynamic Therapy?