The odds were stacked against her, but inspired by her parents and love for science, Florence Bascom paved the way for women in geology. 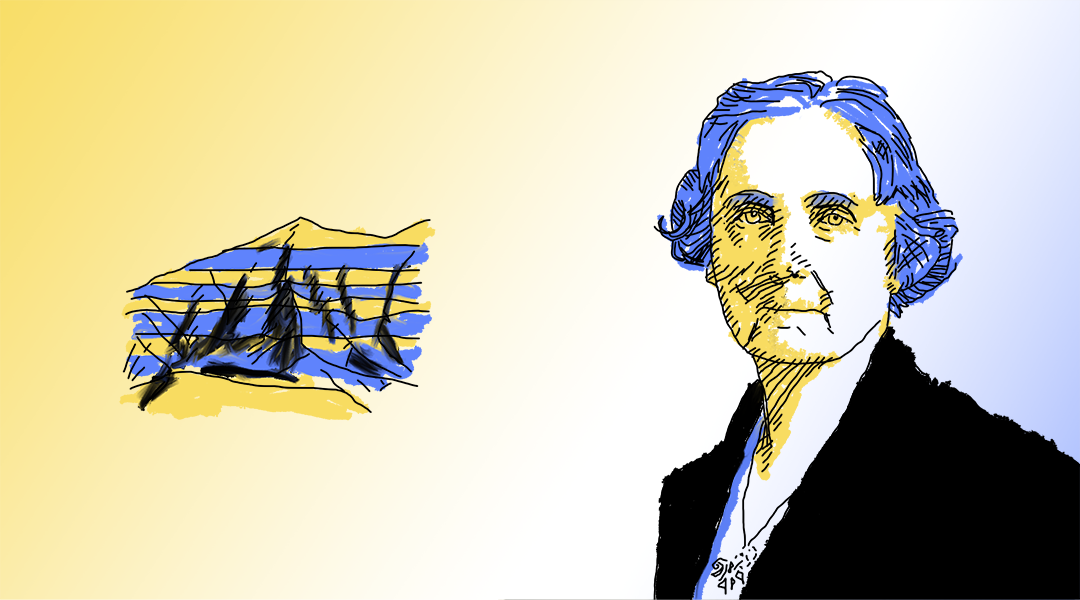 Geology feels like a man’s world. A survey by The American Geosciences Institute states that only 25% of working geoscientists identify as women. This statistic is shocking, and illustrates a very clear issue with the geoscience workforce; an issue that Florence Bascom was interested in solving.

Bascom was an American geologist known for her groundbreaking research and championing of women’s rights in the discipline. She realized from a young age her love for the natural world, and with support from her parents, became the first woman to be awarded a Ph.D. from Johns Hopkins University in 1893.

She excelled in her career, mentored female students in the geosciences, and held high-ranking positions in various geology professional societies. Her constant fight to be seen as a worthy member of her community paved the way for better representation of women in the field today.

Bascom was born in Massachusetts in 1862, the youngest of five children. Her mother, Emma Curtiss Bascom, was a schoolteacher and staunch advocate for women’s rights, and was heavily involved in the women’s suffrage movement. While her mother was pivotal in Bascom’s eventual decision to further her academic career through higher education, the influence of her father helped her realize her love of geology.

John Bascom was a rhetoric professor at Williams College, though he allegedly held many degrees in various fields. While a thriving educator, John suffered from mental illness, and, to combat it, would take his children on trips to the mountains with a colleague, Edward Orton, a professor of geology at Ohio State University. Here Bascom had frontline access to nature and local geology.

Given her mother’s feminism, her father’s scholarship, and her aptitude for natural science, it would seem that Bascom’s fate was sealed.

During this time, the school had not yet allowed women to enter Ph.D. programs, but Bascom successfully petitioned for her admission, no doubt inspired by her mother and father. Adding insult to injury, Bascom was expected to sit behind a screen during her classes at Johns Hopkins, out of view of the male students. Despite this discrimination, she was also able to conduct field work for the first time in her career to support her dissertation research.

After completing her coursework and dissertation requirements in 1893, Bascom was the first woman to receive a Ph.D. from Johns Hopkins, and the second woman to ever receive a Ph.D. in geology in the United States of America.

Bascom’s dissertation also contributed to the fledgling field of petrography, which she first became interested in during her Master’s studies. Petrography is a geologic discipline that is concerned with describing the composition of rocks, with a focus on their structure and mineralogic composition. Her research on South Mountain, Pennsylvania described how its rock layers changed over time. More specifically, her work revealed that layers previously identified as forming through the deposition of sediments were actually former lava flows.

Bascom further argued that the rocks had metamorphosed — the geologic process of changing a rock’s composition through heat and pressure — and developed new nomenclature and terminology for the field to describe them. These findings existed outside the existing framework of geology at the time, and, as such, Bascom helped move the field forward substantially.

A founder and a mentor

After obtaining her Ph.D., Bascom remained in higher education. After spending two years at Ohio State University teaching geology, she accepted a position at Bryn Mawr College in Pennsylvania, which at the time was a women’s college. Here, geology was overlooked in favor of the other, more established natural sciences. Geology was such an afterthought that Bascom’s office was a storage space in the building housing physics, chemistry, and biology research and classes.

Bascom’s passion for the science, however, prevailed in the face of these conditions as she took small (but steady) steps toward founding the college’s geology department in 1895. Over the course of two years, she collected an extensive collection of various rock, mineral, and fossil samples, as well as developed a curriculum that featured in-class lectures coupled with field work; a staple of modern geology education. Bascom further began to mentor female students in the department to continue pushing forward the acceptance of women in the discipline.

One of Bascom’s former students, Eleanora Knopf, stated in a memorial for Bascom that “[t]he success of Miss Bascom’s efforts at Bryn Mawr is shown by the number of her students who later attained prominent positions in university teaching, in State and Federal [Geologic] Surveys, and during World War II in confidential work of avowed military important in the Military Geology Unit of the United States Geological Survey.”

Later in her career, Bascom was elected to the Geological Society of America, being the second female geologist to ever do so. Later in 1896, she became the first woman to work for the United States Geological Survey, where she continued her petrographic work on the piedmont in Pennsylvania and New Jersey during the summer. She would collect samples from the region during the field season and return to Bryn Mawr College to teach and study those samples during the school year. Bascom’s work in this region involved mapping the rock layers that make up the Appalachian Mountains, which provided insight into this complex rock system.

After 30 years in academia and professional societies, Bascom showed no signs of slowing. She accepted the vice-presidency of the Geological Society of American in 1930, making her the only woman to hold such a high-ranking office in that organization at that time. She was involved in other, similar professional societies, like the American Geophysical Union and the National Research Council. Given these prestigious positions, Bascom was not only able to serve as an example of how women could succeed in geology, but also vouched on their behalf.

Bascom died in 1945, but her legacy did not. Her name has been forever immortalized in an asteroid, a glacial lake, and crater on Venus — reminders to geologists researching different parts of the natural world of her impact.