New research on Venus reveals how large impacts from rocky bodies may have altered its development during planetary infancy. 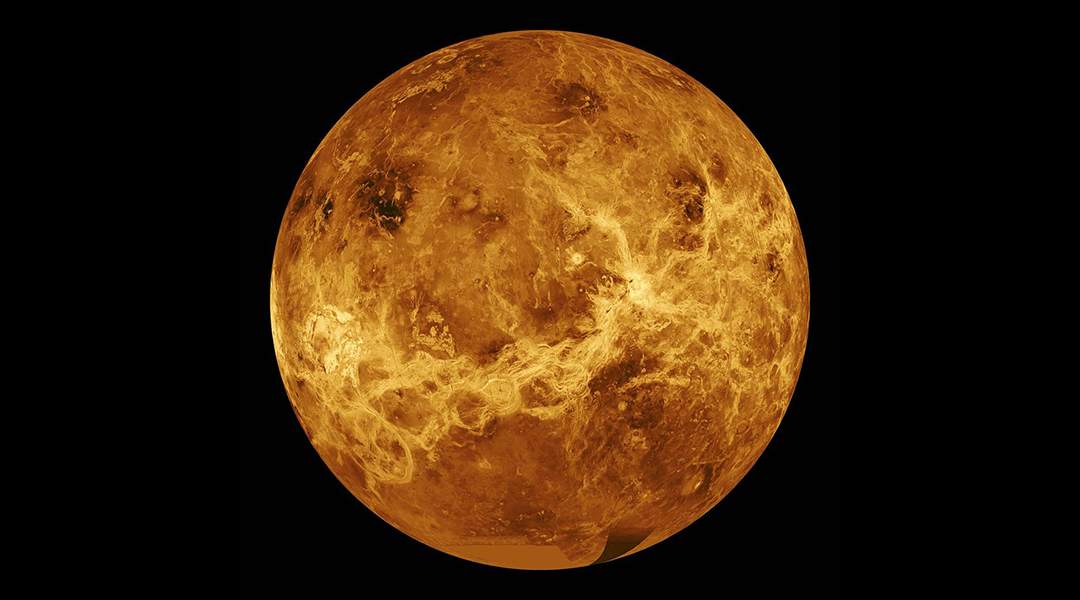 Earth and Venus are alike in many ways. The rocky planets — sometimes called “twins” — share a similar size and overall mass. They also share neighboring birthdays, as both formed relatively close in time to one another during the coalescence of the Solar System around 4.5 billion years ago. Earth and Venus also have comparable geologic structures, which feature a thick atmosphere, thin crust, rocky mantle, and a metallic core. However, the comparisons end there. Venus is an incredibly toxic planet, with an atmosphere that contains 96.5% carbon dioxide and is over 90 times the pressure of Earth’s, while its surface temperatures reach an average of 900 degrees Fahrenheit (roughly 480 degrees Celsius).

How a once Earth-like planet became wildly uninhabitable remains a mystery, but new science on Venus presented at the American Geophysical Union’s annual meeting last week may reveal some of its history.

Simone Marchi, a planetary scientist at the Southwest Research Institute who presented the study, explains how large impact events may have altered Venus’ development during its planetary infancy: “Early on, in the beginning of the Solar System, the impactors would have been immense. If an early impactor was larger than, say, a few hundred kilometers in diameter, it could have affected the deep interior of a planet, along with its surface and atmosphere. These colossal collisions would basically affect everything about a planet.”

Marchi and coworkers demonstrate through their computer models that these fast and large impacts caused mass melting events across the surface of Venus. Over the course of the barrage, Venus experienced twice as much melting of its mantle when compared to the melting Earth experienced at that time. This melting was so catastrophic that it hit Venus’ metaphorical reset button, destroying whatever atmosphere, mineralogy, or plate tectonics may have been in the process of forming, setting Venus and Earth on two different evolutionary pathways.

“These collisions were responsible for shaping the Solar System. It’s not a stretch of the imagination to say that lacking these processes, we would live in a completely different environment, and perhaps we wouldn’t be here,” Marchi said. “We need to ask how much of the planet we live on today was shaped by these early, violent events.”

Quotes adapted from a press release by the American Geophysical Union.