Volcanic arcs could help consume some of the world’s carbon

The weathering of the Earth's surface serves as a geological thermostat and new research says that the breakdown of rocks at volcanic sites could help consume some of the world's atmospheric carbon. 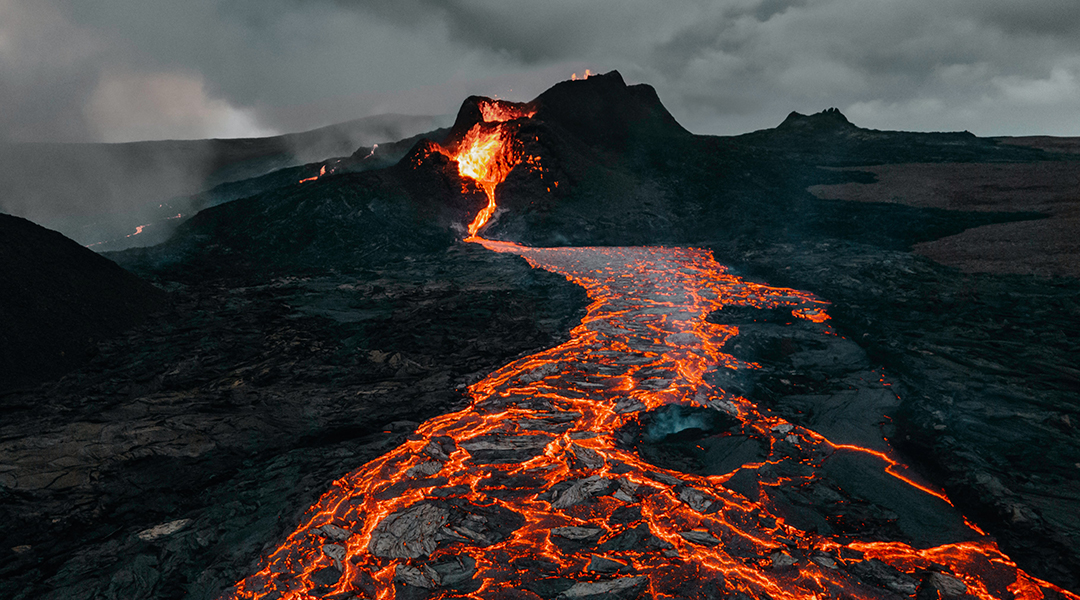 The Earth is made up of a seemingly infinite number of cycles, with matter and energy being transported through different sources and sinks. Arguably the most important of these is the carbon cycle, described as the “backbone of life on Earth.”

Carbon flows through this cycle via multiple pathways. For example, carbon can be emitted through human activities — such as burning coal — only to be removed by the photosynthesis of ocean-dwelling phytoplankton. While the flux through these more common pathways is well understood, researchers have recently characterized a previously overlooked carbon pathway: volcanoes.

Volcanic arcs are the fastest-eroding features on Earth. Weathering breaks these rocks into ions and dissolved silicate, which are carried into the ocean. There, marine organisms utilize these products, along with CO2, to build shells and skeletons through carbonate precipitation, effectively removing CO2 from the atmosphere. After these organisms die, their shells are deposited on the seafloor and, over time, will travel to the mantle. There, the CO2 will re-enter the atmosphere during a volcanic eruption.

“It’s a balancing act,” stated co-author Martin Palmer, a professor of geochemistry at the University of Southampton. “On one hand, these volcanoes pumped out large amounts of CO2 that increased atmospheric CO2 levels. On the other hand, these same volcanoes helped remove that carbon via rapid weathering reactions.”

The team found that volcanic arcs — such as the Andes in South America and the Cascades in the United States — are the largest driver of the carbon-silicate cycle over the last 400 million years. “In this respect, weathering of the Earth’s surface serves as a geological thermostat,” says Gernon, where the removal of CO2 via weathering of continental arcs offsets the outgassing of CO2 during eruptions.

If this process can remove CO2 from the atmosphere naturally, then it’s possible, the researchers argue, to reproduce it artificially in an effort to curb the climate crisis. Artificially enhanced rock weathering would involve mimicking Earth’s natural process of weathering by manually crushing up volcanic rocks. These particles would then be spread over swaths of land, and would eventually migrate to the ocean, pulling CO2 out of the atmosphere.

“This is by no means a silver bullet solution to the climate crisis — we urgently need to reduce CO2 emissions in line with IPCC mitigation pathways, full stop. Our assessment of weathering feedbacks over long timescales may help in designing and evaluating large-scale enhanced weathering schemes, which is just one of the steps needed to counteract global climate change,” Gernon stated.

Quotes adapted from a press release by the University of Southampton

Ahead of COP27, scientists are pushing back against growing defeatism
Facing the risks climate talks pose to meaningful change
Forest restoration benefits depend on location
Global heating may be fast and sudden—and current climate models don't predict it