Famous for his work on radioactive elements and the development of radiotracers, George de Hevesy made the first observations of biological processes in living organisms possible. 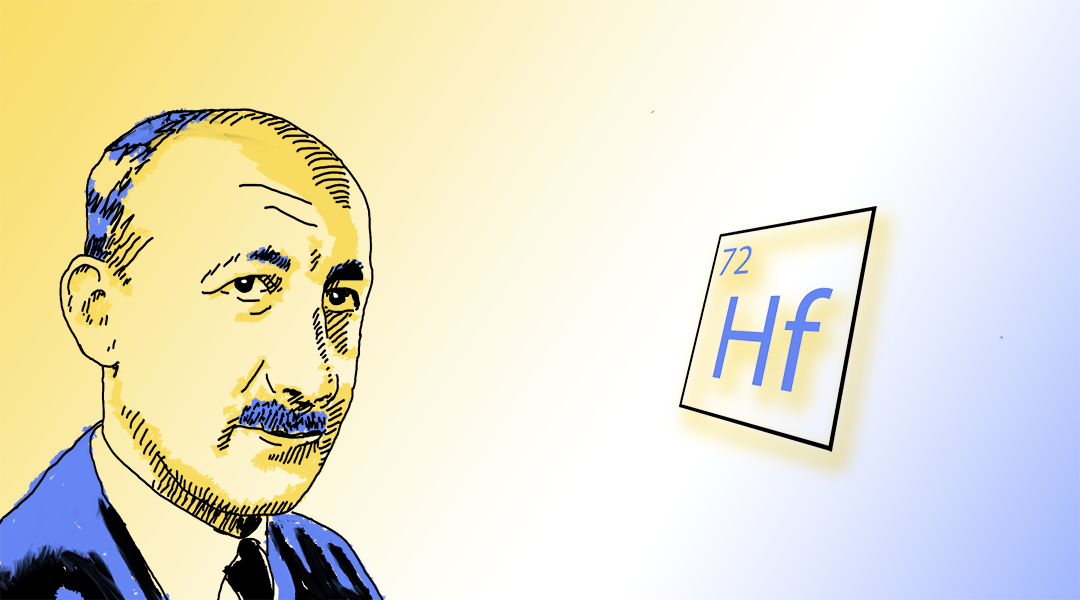 In the beginning of the 20th century, research into physiological and anatomical processes was in full swing. Basic questions about how the nervous system functions, the role bacteria play in disease, as well as our understanding of the immune system were being explored.

But scientists’ understanding of the inner workings of the body was still limited. Living organisms were only understood in basic terms and knowledge about anatomy and medicine was, for the most part, gained through posthumous dissection.

With the advent of the X-ray machine in 1895, our ability to look inside the body changed drastically. However, this technology was still in its infancy and only provided brief (albeit important) snapshots of what was going on. The ability to observe biological processes in real time without disrupting them or causing any damage was still not yet a reality.

But all this changed with the advent of radiotracers, developed in the 1920s by George de Hevesy. These are radioactive elements that can be tracked through various chemical and biological processes, allowing scientists to gain a deeper understanding of how organisms work.

de Hevesy was born in Budapest, Hungary on August 1, 1885, into a Jewish–Hungarian aristocratic family. Due to his family’s wealth and status, he had easy access to education and chose to study physics and mathematics in Budapest and Berlin before receiving his Ph.D. from the University of Freiburg in 1908.

After his graduation, de Hevesy spent time at a number of European institutions, working together with scientists such as Fritz Haber in Berlin, Earnest Rutherford in Manchester, and Kasimir Fajan in Karlsruhe before settling in Copenhagen in 1920.

During this time, he was delving into a new field of research called nuclear chemistry, which focused on the transformation of elements through radioactive decay and the basic properties that determine the stability and characteristics of different elements and their isotopes.

De Hevesy already had experience in this field; during a stay in Manchester in 1911 where he was working as a post-doctoral researcher for Rutherford, he was asked to extract radioactive lead (210Pb or radium D as it was known at the time) found in a mixture with non-radioactive lead. Rutherford is noted as saying, “If you are worth your salt, you separate radium D from all that nuisance of lead.”

After two years of trying and failing, de Hevesy remained unsuccessful in this task. He concluded that although the separation of 210Pb from stable lead was proving impossible, the ability to measure radioactivity in the mixture made 210Pb an excellent “tracer” useful for chemical analysis.

This theory was unofficially first put into practice to catch his landlady in a lie. De Hevesy believed her to be serving leftover meat at dinner and being a scientist, he set out to investigate using the tools at hand.

One evening, after finishing his dinner, he added a pinch of the unrelenting lead mixture to the leftovers on his plate, which were carried away and seemingly disposed of. When he was served a few days later, he brought his electroscope out to the table to analyze the “new” food and found the radioactive elements still present in the dish. This confirmed his suspicions, while his landlady accused him of performing “magic”.

After his stay in Manchester, de Hevesy journeyed to the Institute of Radium Research in Vienna where he found his friend Friedrich Adolf Paneth working (and despairing) independently on the same problem.

The pair jointly published their findings in 1923 on the inseparability of 210Pb from non-radioactive lead as well as the use of the mixture as a radioindicator tracer, which they used to analyze the solubility of lead sulfide and lead chromate. Over the next decade de Hevesy would publish numerous papers on radiotracer methods, often co-authored by Paneth.

Following World War I and the period of political revolution and counter-revolution in light of the collapse of the Austro–Hungarian Empire, the fascist government in newly-independent Hungary began to strip all Jewish citizens of their rights, removing them from their jobs and positions in society. At the time, de Hevesy was working at the University of Budapest and was subsequently removed.

In 1920, he moved to Copenhagen to work at the newly established Institute for Theoretical Physics at the invitation of Niels Bohr. It was here, in 1923, that together with Dutch physicist Dirk Coster, the duo discovered the missing radioactive “element 72”, which they named hafnium, using the Latin name for Copenhagen where the discovery was made.

In this same year, de Hevesy also began using his radioactive tracers to study metabolic processes in plants and animals, with the first experiments involving the transportation of 210Pb in bean plants. He found that the distribution of radioactive 210Pb could be followed and measured within the stem, roots, and leaves of the plant, allowing living biological processes to be observed in real time for the first time ever.

His findings on the “tracer principle” were published in 1923 and sparked much interest, especially within the medical community. However, it  had limited application in medicine at the time as the only available radioisotopes were highly toxic lead — not exactly compatible with living systems.

Lomholt had been working with bismuth as a treatment for syphilis but at the time it was unclear what its mode of action to treat the illness was and how it was absorbed in the body. de Hevesy and Christiansen carried out the first application of radioactive tracers in a living animal in 1924, which followed the circulation of 210Bi in a rabbit after intramuscular injection of antisyphilitic medications.

Over the following decades, the tracer principle became more refined as more isotopes were discovered, founding the field of nuclear medicine.

In 1926, de Hevesy took a professorship at the Albert Ludwig University in Freiburg, Germany. However, after another eight years, he began his second exodus in 1934, after the Nazis came to power. He fled again to Copenhagen and stayed with Bohr who helped a number of researchers in Europe seeking asylum from the growing threat. Bohr either gave them shelter or helped organize their passage to the United States and Great Britain.

When the Nazis took hold of Copenhagen in 1943, de Hevesy famously dissolved the Nobel Prizes of German physicists Max von Laue and James Franck in aqua regia to prevent them from being seized before fleeing to Stockholm himself. In the same year, he was awarded the 1943 Nobel Prize in Chemistry “for his work on the use of isotopes as tracers in the study of chemical processes.” As the ceremonies were put on hold, he formally received the honor in 1944.

After the end of World War II, de Hevesy briefly returned to Copenhagen and extracted the gold from the solution he had used to “hide” the Germans’ Nobel Prizes. He brought the precipitated gold back to the Royal Academy of Sweden, where the original material was used to craft two new medals for Laue and Franck.

Afterward, de Hevesy returned to Stockholm where he worked at the Institute for Organic Chemistry at the University of Stockholm for the remainder of his career. He died in Freiburg in 1961.

In addition to receiving the 1943 Nobel Prize, de Hevsey was endowed with numerous other awards, accolades, and honorary degrees — four of which were honorary doctorates of medicine, indicating the esteem with which the medical community held him.

The insights and seminal contributions that de Hevesy made were not just limited to the budding field of nuclear chemistry but straddled many fields and perhaps most importantly, provided a deeper inisght into the innerworkings of the body as well as a foundational means of diagnosing and treating diseases.

“The application of isotopic indicators opened the only way to determine the rate, place and sequence of formation of many molecular constituents of the living organism,” he said in lecture a given in 1950. “The very existence of such methods was instrumental in opening new trains of thought […] The indicator chemist is to some extent an historian, highly interested in the past of atoms, molecules and molecular aggregates. He has a great concern in the distinction of how far molecules present in the tissue are ‘old’ or ‘new’.”

For his trail blazing contribution, Hevesy is widely considered the father of nuclear medicine, and celebrated here as a true pioneer.