Bioinspired, biohybrid device design and fabrication strategy for investigating the ability of therapeutics to cross the blood brain barrier. 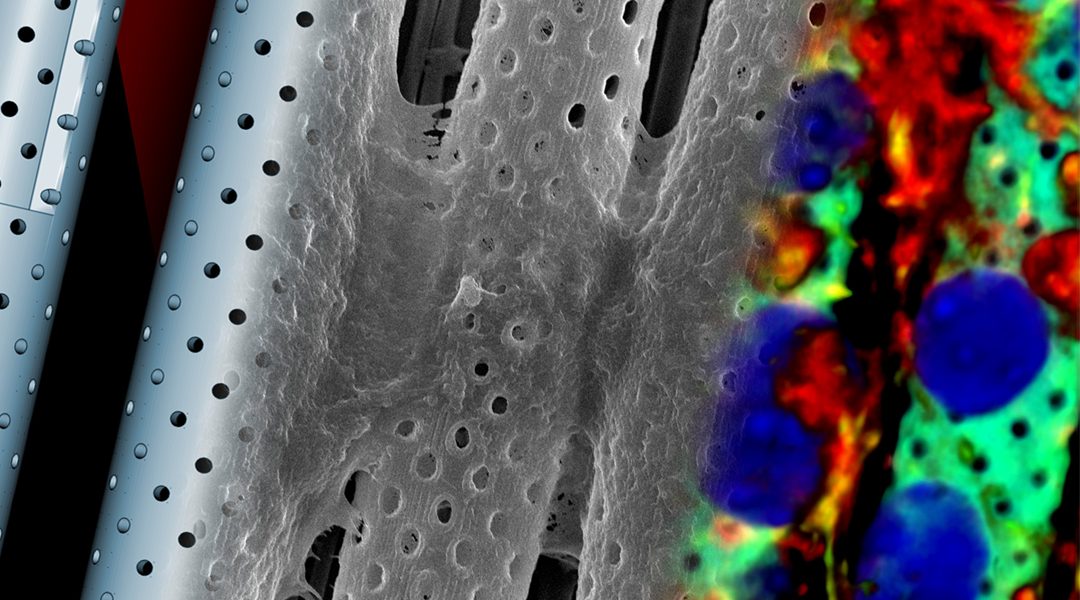 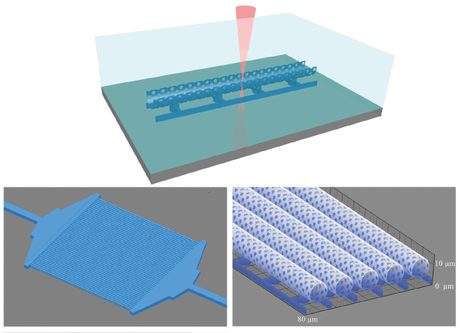 Several in vitro models based on the function and anatomic structure of the BBB with the goal of enabling high-throughput investigations have been developed. Two-dimensional and more complex three-dimensional (3D) systems have previously been developed; though they dramatically lack certain mimicry of the structure and function of the neurovascular system.

In vitro models that could more closely mimic the complex nature of the system would provide better information regarding the ability for drugs and drug-vehicles to cross the BBB without the need for in vivo testing. The ability to finely tune various environmental conditions and to easily quantify the physical effects of experimental treatments could be achieved with better in vitro models. The added bonus of in vitro models over in vivo models is an elimination of ethical concerns when undertaking experiments.

A 3D biomimetic model fabricated by two-photo lithography was presented by Professor Gianni Ciofani and co-workers in their paper published in Small. The model is a microfluidic device fabricated with the aim to faithfully represent the functionality of the BBB. 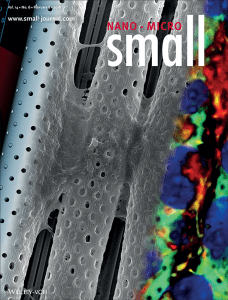 This original research appears in Issue 6, 2018 of Small.

By using two-photon lithography tubular, porous structures were achieved, as well as a device scale of 1:1. These pores mimic the microcapillaries of the blood vessels in the brain. Endothelial cells, the cells that cover blood vessels, were grown on the device creating a biohybrid system. The whole system mimicked the typical functions of the BBB.

Professor Ciofani states, “These results represent a step toward an extremely realistic in vitro BBB model, and will allow, in the close future, a high-throughput screening of drugs and drug-loaded nanomaterials targeting the central nervous system.”

This bioinspired, biohybrid design and fabrication strategy provides a good model for investigating the action of therapeutics that require the ability to cross the BBB.