What COVID-19 vaccine should I get? Whichever one you are offered, say experts

First and foremost, the goal is to keep people out of hospitals. The good news is all of the currently approved vaccines do just that. 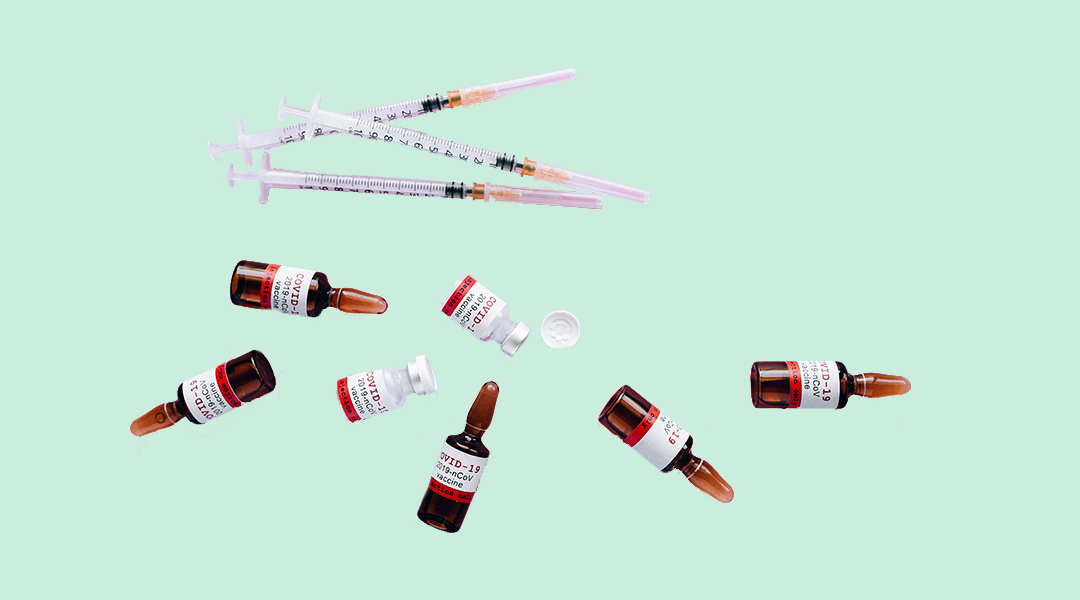 Just a year ago, as the SARS-CoV-2 virus began to take hold of the world, a vaccine to curb the pandemic seemed a far-off hope. Nevertheless, researchers around the world pulled up their socks and worked tirelessly to take on this daunting task.

Incredibly, in just 12 months we’ve gone from identifying a new pathogen to developing and testing not just one, but several safe and effective vaccines. Before this, the fastest ever vaccine development was for the mumps in the 1960s and took roughly four years. Given this timeline, a vaccine for 2021 seemed incredibly optimistic, and we were told to temper our expectations.

How did a vaccine for SARS-CoV-2 get developed so quickly?

By December of 2020, several clinical trials for SARS-CoV-2 vaccines were showing promising results in large, robust groups, and on December 2, the vaccine made by Pfizer in collaboration with BioNTech became the first to be approved for emergency use. This was quickly followed by vaccines made by Moderna, and Oxford-AstraZeneca. As of this article’s publication date, there are now nine vaccines approved for emergency use in different countries around the world.

While many are cynical about the speed with which these vaccines have become available — with sentiments about “corners cut” fueling vaccine skepticism — the groundwork had been laid for years as scientists built these vaccine platforms off of existing research for other viruses such as HIV, SARS, MERS, and Ebola.

“Corners weren’t cut but rather, [the trials] were moved to the front of the line,” said Dr. Otto Yang, a clinician and researcher of infectious diseases at the UCLA Santa Monica Medical Center. “RNA vaccines were already under development and through small clinical trials for 20 years, and various adenovirus vaccines had been tested in extensive clinical trials for other diseases, like HIV, before COVID-19. The platforms for these vaccines were already fully developed and there was plenty of existing safety data to allow big trials to move forward quickly.”

There is also the added advantage that mRNA, or messenger RNA vaccines, such as those developed by Pfizer and Moderna, are more versatile when it comes to tailoring them to a specific virus. Dr. Kizzmekia Corbett, lead scientist at the NIH who helped develop Moderna’s vaccine, has referred to mRNA vaccines as a “plug and play” approach, meaning it’s possible to replace one sequence of mRNA in the vaccine for another in a matter of weeks.

As soon as the novel coronavirus was identified and sequenced, its genetic information was plugged into existing vaccine platforms scientists had been developing. This approach is especially important as new variants of the SARS-CoV-2 virus pop up around the world because vaccines will be able to keep up with the virus as it mutates.

It’s also safe to say that the urgent need for a SARS-CoV-2 vaccine afforded this research priority, resources, and funding, which helped demonstrate that the vaccine development process can be accelerated without compromising safety.

“Huge amounts of resources were poured into these trials,” added Yang. “If less money were available, then trials would have occurred more slowly and in smaller stages.”

The hope is that now other desperately needed vaccines for diseases such as malaria, which accounts almost one million deaths every year, might be achievable on comparable timescales — though sadly, the impact a virus has on the economy seems to be an important factor in deciding which vaccines get prioritized.

Which COVID-19 vaccine is best for me?

When getting vaccinated against COVID-19, experts say there is no sense being picky. You should take the first authorized vaccine that’s offered. First and foremost, the goal is to keep people out of hospitals. The good news is that all of the currently approved vaccines do just that.

“All the vaccines that have been approved have remarkable efficacy, prevent death, and have excellent safety profiles,” said Yang. “The short term goal should be protecting yourself from serious illness and death. There is no reason to wait and choose.” However, what experts are calling vaccine shopping is hindering vaccination campaigns and our ability to get a hold on COVID-19.

The efficacy and safety data for each approved vaccine has demonstrated their ability to limit, if not completely prevent, hospitalization and death as result of infection with SARS-CoV-2. While the mRNA vaccines may appear to be front runners in terms of their efficacy (ability to protect an individual) and it is tempting to compare them based on this, experts say this can be like comparing apples and oranges.

This is because measures of efficacy may be dependent on a number of variable factors that differ from study to study. For example, how did the researchers define severe vs. moderate cases of COVID-19? What age groups or demographics were included in the study? At what point during the pandemic was the data collected? What variants were dominant in the testing locations?

Johnson & Johnson reported that their vaccine was 72% effective against moderate to severe COVID-19 in the U.S. but showed a drop to 57% in their tests done in South Africa, where the variant there, 501Y.V2, is dominant and more contagious. Another vaccine made by Novavax had 90% efficacy in the UK, but similarly its efficacy dropped to 50% in South Africa.

What this tells us is that each trial can only offer a snapshot of protection against the viral variants that were dominant in that time or place. It’s not certain if Moderna’s or Pfizer’s vaccines’ overall efficacy would read the same since they were tested earlier in the pandemic, but experts say this doesn’t matter; the priority at this point is getting as many people as possible vaccinated to stop the spread of COVID-19.

“In the long run, if certain vaccines are found to be better in terms of preventing virus spread or longer immunity, people can get re-vaccinated,” added Yang. He says this is a likely outcome anyway as COVID-19 will probably become a seasonal illness, much like the common flu, and annual vaccinations will become necessary as new variants arise and immunity wanes.

The main challenge in reaching this goal is limited vaccine supplies — which is understandable given the scale of the pandemic and the logistics of vaccinating, essentially, the whole world. We’re still a long way off from herd immunity and given the climbing number of infections and deaths this winter in the northern hemisphere, we cannot afford to wait.

“A person’s address — not their personal preference — may determine which vaccine they receive,” said E. John Wherry, director of the Institute for Immunology at the University of Pennsylvania’s Perelman School of Medicine in an interview.

“A vaccine doesn’t have to be 95% effective to be an incredible leap forward,” said Wherry. “When we get to the point where we have choices about which vaccine to give, it will be a luxury to have to struggle with that question.”

Pioneers in Science: Gertrude B. Elion
Building new reservoirs can have unexpected consequences on water security
Anti-aging drug could help turn back the clock
Sheets of carbon nanotubes come in a rainbow of colors