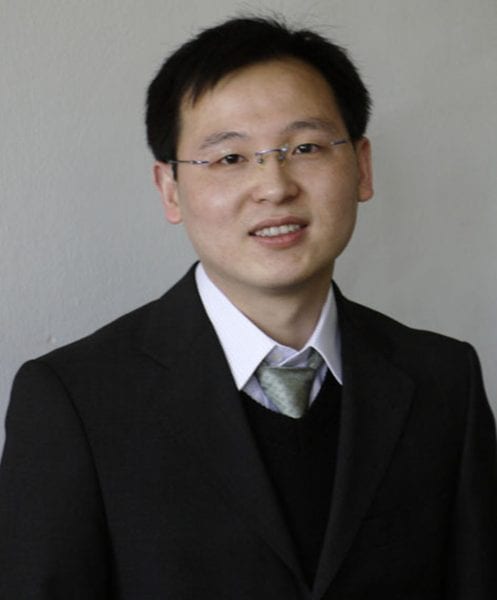 Xinliang Feng talks about his motivation to work in the field of graphene chemistry and the role of graphene in future developments. 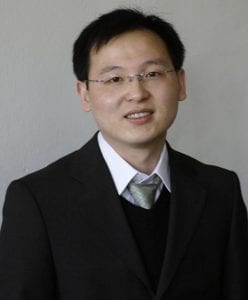 Following his Bachelor’s degree in analytic chemistry (2001) and Master’s degree in organic chemistry (2004), Xinliang Feng joined the group of Prof. Klaus Müllen at the Max Planck Institute for Polymer Research from where he received his PhD in 2008 and has been appointed as a group leader (2007). In June 2010, he was nominated as Distinguished Professor at the Shanghai Jiao Tong University and became the Director of the Institute of Advanced Organic Materials two years later. Since 2013, he works as a Professor at the Max-Planck-Institute for Polymer Research. His scientific interests include the synthesis and supramolecular chemistry of extended graphene molecules, novel heteroatom-containing conjugated oligomers and polymers, and testing for applications in organic electronic devices. Moreover, the fabrication of solution processable graphene sheets and 2D conjugated polymers for optoelectronics, 2D nanomaterials and low-dimensional nanostructured functional carbon-rich as well as hybrid materials for energy storage and conversion.

How do you feel about your role as a member of the Advanced Materials Editorial Advisory Board?

It is my great pleasure to be a member of the Advanced Materials Editorial Advisory Board. At the same time, I feel also strong responsibility for this commitment. In addition to my weekly duty to provide high-level referee justice of research articles, I also try my best to make constructive suggestions to improve the quality of AM and its sister journals. Moreover, I also try to promote the global interactions of AM with the research community and organizations.

What motivated you to specialize on the synthesis and supramolecular chemistry of extended graphene molecules, novel oligomers, and polymers as your main area of research?

We have long tradition in the design and synthesis of conjugated oligomers, polymers, and graphene molecules. This is an interdisciplinary research area requiring not only good knowledge and experience in organic and polymer synthesis, but also broad view in materials processing and prototype device fabrications. Such combination defines our speciality in the field of graphene chemistry and related areas.

In which area of materials science you expect considerable potential for future developments?

In my view, the controlled synthesis and supramolecular chemistry of graphene and other two-dimensional macromolecules and nanomaterials with exceptional performance in electronics, environmental and energy areas will be considerably developed in the next ten years.

In your recent Advanced Materials Communication “Vertically Oriented Graphene Bridging Active-Layer/Current-Collector Interface for Ultrahigh Rate Supercapacitors” you describe the beneficial role of vertically aligned graphene in facilitating electron transport during the charge/discharge process of supercapacitors. How do you estimate the potential of graphene to play a major role in view of emerging energy conversion and storage devices?

Graphene cannot solve all the problems occurred to graphite and other carbons in energy storage and conversion devices. However, graphene will still play an increasingly important role in developing high-performance energy devices by fully exploring the unique two-dimensional structural features and exceptional physical