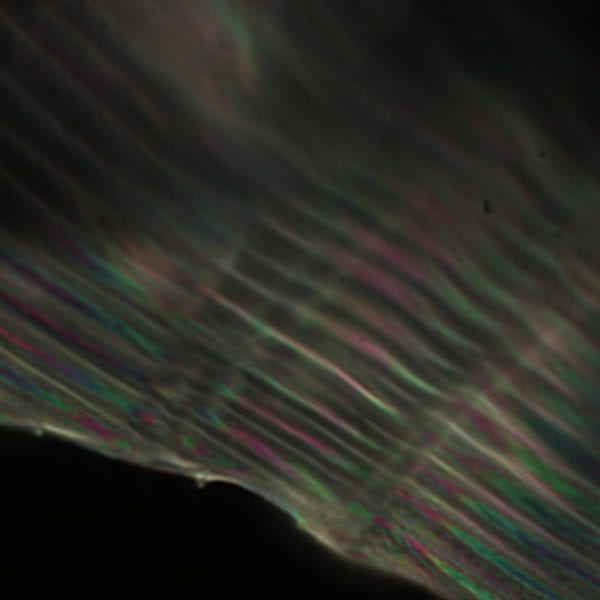 The Hawaiian bobtail squid. Now you see it…now you don’t. “The amazing ability of such animals to alter their coloration in response to environmental inputs” inspired David Kaplan and coworkers to create a material based on a family of proteins called reflectins, which enable the squid to modulate incident light. Writing now in the Journal of Polymer Science: Polymer Physics, Kaplan demonstrates how these unique biomaterials can be used for a variety of spectroscopic and optical applications.

Upon analysis of reflectin protein sequences, the authors discovered that certain repeating domains are highly conserved among all reflectin proteins. According to Kaplan, the finding that these core peptide repeats, which are genetically encoded and expressed, could be assembled into materials that provide useful optical patterns laid the groundwork for further approaches and insights into these systems. 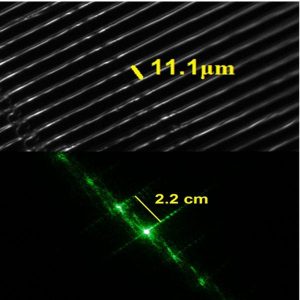 Thin films of refCBA, a recombinant peptide based on a specific reflectin sequence, were created with varying thicknesses and layers. Images revealed that this refCBA self-assembled to form striped patterns with uniform spacing, very much like diffraction gratings. In fact, shining light from a laser on it generated a diffraction pattern which satisfied the grating equation, verifying the spacing observed under the microscope. Additionally, changing thickness or interlayer spacing results in a dramatic spectral reflectance shift due to interferences.

In terms of applications, this color change suggests the potential of reflectin-based thin films as color-based biosensors. Mechanical factors may also play a role in color response; when tensile forces are applied, a change in the reflective spectrum could be observed. “Next steps would be to build in selective environmental triggers as a way to activate/cycle the optical responses,” Kaplan says. For example, the addition of functional compounds or other chemical modifications would impact coloration patterns in a more dynamic way, allowing for a new family of dynamic optical materials to be used in camouflage and related applications.

What Kaplan and coworkers have learned from these beautiful cephalopods has important implications for the community. “We hope the strategy shown in this work can serve as a template for approaching these systems; due to the detailed control of protein sequence chemistry and the protein chain lengths, they allow for tailorability of the structures to assess optical function.”