Dr. Stijn Mertens, Belgium, talks about his group's recent achievements in forming nanoparticles that consist of a core of pure gold surrounded by a solid solution of gold and mercury. 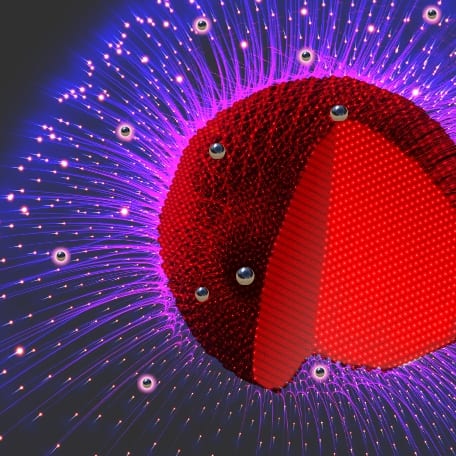 Welcome to another guest article: Dr. Stijn Mertens from the Katholieke Universiteit Leuven 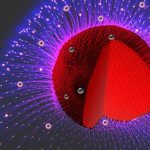 , Belgium, talks about the recent achievements of his team in forming gold-mercury nanoparticles.

Nanoparticles made of two different metals are fascinating objects, as their properties do not only depend on their composition, but also on how the elements are distributed within. Very often, their behavior depends critically on this nanostructure, for example in heterogeneous catalysis, where atoms at the surface will play the major role.

In our recent work presented in the journal Advanced Functional Materials, we have prepared nanoparticles of gold and mercury, two metals with a very large difference in cohesive energy—one of them is even liquid at room temperature. We have discovered that stirring gold nanoparticles in water with liquid mercury leads to alloy particles in which the amount of mercury simply depends on the reaction time. The reaction works because mercury actually slightly dissolves in water, after which the atoms are scooped up by the nanoparticles, which see their mercury content increase as the stirring goes on.

The challenging part was to find out where in the particles the gold and the mercury are sitting, as no contrast is seen in electron microscopy. By combining the expertise of several groups and using complementary techniques, we have been able to determine that the mercury is adsorbed on the surface of the gold particles in the beginning, but then slowly makes its way inward. After a few days, the particles consist of a core of pure gold surrounded by a solid solution of the two elements.