Sensors that are promising for motion capture, and the development of health monitoring devices, surgical instruments, and human–machine interaction devices. 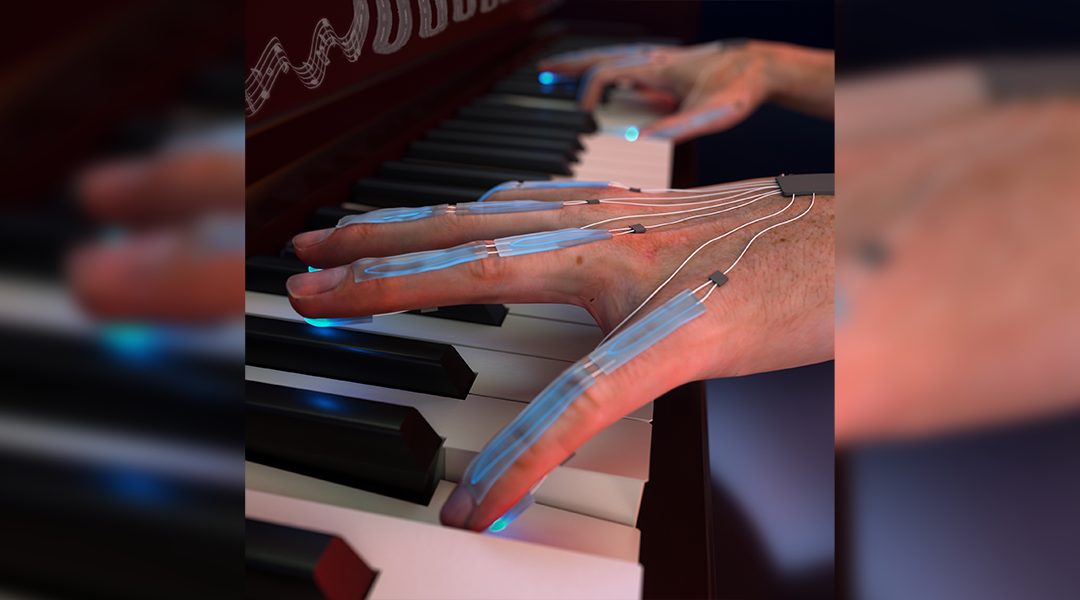 Soft electronic devices such as those found in wearable devices, soft robotics and medical devices, require soft sensors as a component. Devices that offer high compliance, long-life, low weight, low cost are more appealing than rigid electronic sensors and actuators for many applications for direct use with humans. 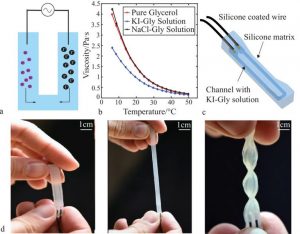 A more biocompatible conductor based on an electrolyte–glycerol solution was demonstrated for surgical tools; however, the conductivity of the solution is relatively low.

Harvard researchers develop a novel, biocompatible, conductive liquid composed of potassium iodide and glycerol (KI–Gly), which is safe for human-based use. In comparison to existing biocompatible solutions, this conductor improves the four-fold.

Figure 8. Demonstration of the functionalities of the strain and force sensors as wearable devices for human motion detection. a) Strain sensors placed at the PIP and the MCP of the index finger. d) Force sensor attached to index fingertip. More information here.

The KI­–Gly solution was used to fabricate strain sensors composed of a multilayer architecture. This novel architecture produces sensors with high resolution, high linearity, and low hysteresis. The researchers demonstrate that this fluidic sensor can precisely track human motion and measure interactions forces.

The researchers state that due to the high biocompatibility, stability and sensing accuracy, these “sensors [are] not only promising for motion capture, but also for future development of health monitoring devices, surgical instruments, and human–machine interaction devices.” 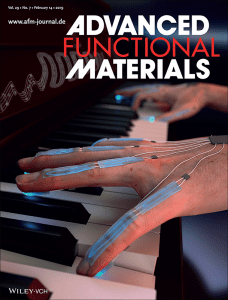 This research is highlighted with a cover feature in Issue 7, 2019.