Are single-walled carbon nanotubes derived from a zigzag graphene ribbon?

Researchers report that SWCNTs are tubular graphene in a unique armchair configuration, resulting from the growth of a zigzag graphene ribbon. 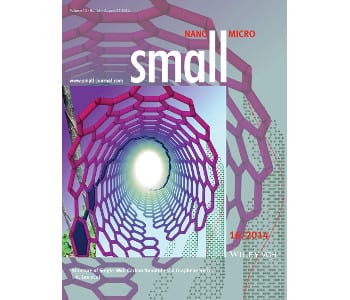 A single-walled carbon nanotube (SWCNT) is usually described as a seamless concentric graphene tube, derived from circular growth at the tube edges. Is this structure model really true?

To answer this question, Jae-Kap Lee and his co-workers from Dongguk University, Korea Basic Science Institute, Yeungnam University, Korea Research Institute of Standards and Science, Jeonju Machinery Research Center, Korea and Heriot-Watt University, UK reported that SWCNTs are in fact tubular graphene in a unique armchair configuration, resulting from the diagonal (30o to the tubule axis) growth of a zigzag graphene ribbon.

The purified SWCNTs were synthesized by an arc-discharge technique (Hanwha nanotech). When the CNTs were characterized by high-resolution transmission electron microscopy with aberration corrector and a monochromater operating at 80 kV, wavy and disconnected atomic lattice fringes, which correspond to the nodal tubules, were evident. The line scans along the tubule axis on the image recorded by the atomic force microscopy revealed the trace of the nodal morphology. The analysis of previous reported experimental data collected by diverse electron diffraction patterns, high resolution transmission electron microscopy, scanning tunneling microscopy morphologies, and the inconsistencies in the measured mechanical and electrical properties of SWCNTs also support this novel model.

Based on the novel SWCNT structure model, a two-step helical growth process in which produced the unique “back and belly” nodal morphology was proposed. Firstly, as the top of the graphene ribbon rises from the nucleation site, the edges of the helix become wider to minimize surface energy by lateral growth. After that, the secondary lateral growth of the zigzag graphene helix fills the gaps between the nodes preformed by the primary helical growth, and completes the tubular shape in the armchair configuration. The armchair configuration is the preferred structure of SWCNTs. The chirality may be not a necessary condition for the growth of carbon nanotubes.

This work proposed an impressive model of SWCNT structural formation, which offered new insights on the reported experimental data of SWCNT morphologies and their growth mechanism. These new insights shed a new light on the structure of SWCNTs and their controllable formation for electronics and other potential applications.