Scientists have developed a polymer-coated glass that can change from transparent to opaque when exposed to sunlight and heat. 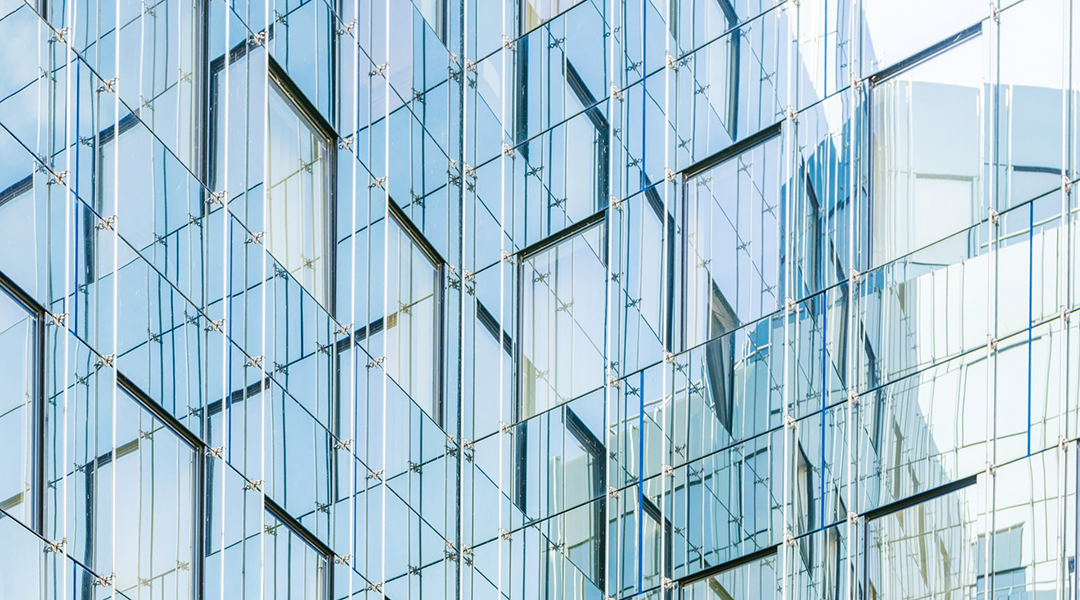 As the effects of climate breakdown become more apparent, our responses to extreme weather can sometimes exacerbate the problem in the long term. One example is with air-conditioning; with the ever-increasing frequency of extreme heatwaves, air-conditioning units will be used more often in homes, offices, and public buildings. But whilst these might help us in the short term, the extra energy used puts increased strain on our energy infrastructure, leading to more CO2 emissions, and therefore causing more global heating. This can of course be mitigated if energy infrastructures rely on renewables rather than fossil fuels, but what if no energy is needed at all?

Researchers at the State Key Laboratory of Tribology at Tsinghua University, China have developed a “smart” glass which can change from transparent to frosted upon heating or when in direct sunlight, which they hope can be used for cost-effective and sustainable temperature regulation in buildings.

Smart windows are a relatively new field of research for future architecture and engineering, and “smart” coatings on other building surfaces apart from windows is also a burgeoning area of interest. What the researchers at Tsinghua wanted to do was take all the positive attributes of smart glass and tackle a common drawback: slow response time.

Tian’s glass responds to light, heat, and even the touch of a hand in mere seconds, compared to several minutes for most smart glass materials to-date.

“[It] has faster responsive time due to suitable water content,” said Liran Ma, co-corresponding author of the research. “The responsive time of previous works is several minutes and even hours.” The water content Ma refers to is that within the film that makes this glass “smart”; hydrated poly(N-isopropyacrylamide) (PNIPAM). Sandwiched between two panes of glass, this polymer changes from transparent to opaque, and vice versa, after photo-thermal stimuli, and the degree to which this change happens and when is down to the water content in the PNIPAM film.

Curiously, this polymer was never originally intended for use in glass. As Ma explained, “Initially, we wanted to use the hydrated PNIPAM film to achieve photo-induced adhesion and desorption. […] We found that the hydrated film could reversibly change from the transparency to opacity by hand touch occasionally. In addition, the film could return to transparency by cooling down to room temperature. At that time, we [therefore] thought that the film may be useful in the smart window and temperature sensor.”

The ultimate goal for the researchers is for this smart glass technology to completely eradicate the need for energy-consuming temperature controls indoors, but obstacles remain. These include tweaking the responsive temperature as mentioned above, but also production costs and improving the long-term stability of the smart glass over time.

Ma and the team are optimistic that this technology can be eventually mass-produced. “Here, we are trying some [common] preparation methods such as printing, painting, rolling and so on. Therefore, it is easy to achieve the mass-production of smart glass because of [these] many methods to prepare thin films.”

The authors envisage other advantages of this glass such as for privacy and security, but the potential for your window to do all the work of an air-conditioner without the carbon emissions is certainly an avenue that this research opens up.

Molecules convert visible light into ultraviolet light with record efficiency
Frogs: Poisoned dart or silver bullet?
A Kirigami-Based Sensor: When Art and Technology Stand Shoulder to Shoulder
A Bioplastic Made From Fish Waste