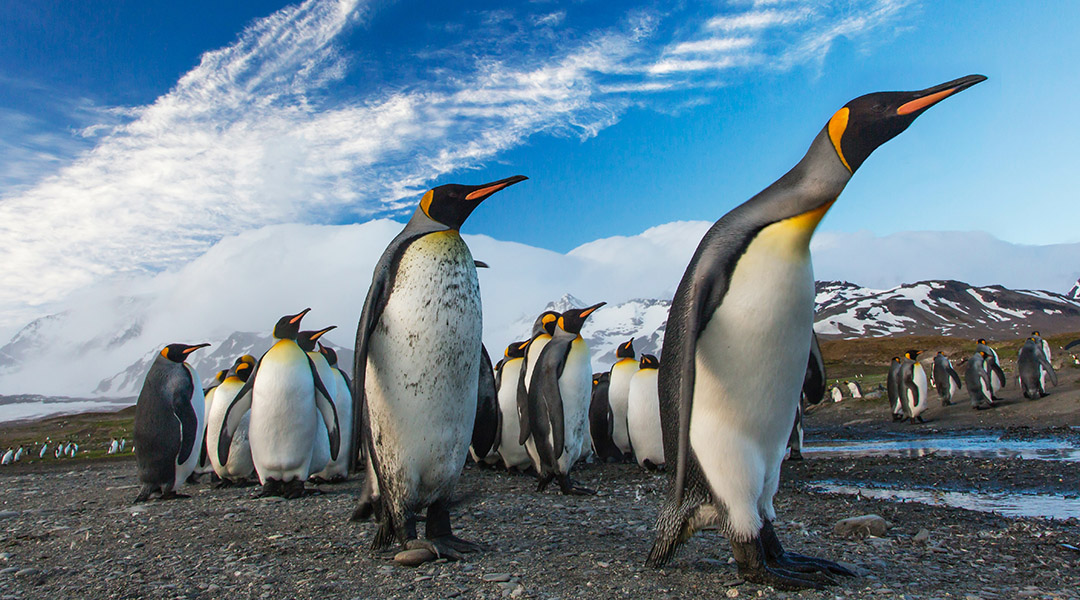 Like the polar bear, emperor penguins depend on sea ice for survival. They are the only species of penguin that breed offshore, and with the decline of sea ice as a result of climate change, the future of these species is at stake.

According to the team, emperor penguins are difficult to study as their colonies are often found in remote and inaccessible locations, which can see temperatures as low as -50°C (-58 degrees Fahrenheit). Over the last 10 years, the BAS team have been searching for new colonies using guano stains on the ice.

“This is an exciting discovery,” said Dr. Peter Fretwell, lead author of the study and a geographer at BAS, in a statement. “The new satellite images of Antarctica’s coastline have enabled us to find these new colonies. And whilst this is good news, the colonies are small and so only take the overall population count up by 5-10% to just over half a million penguins or around 265,500 – 278,500 breeding pairs.”

Interestingly, the researchers identified a number of colonies located far offshore, situated on sea ice that has formed around icebergs that had grounded in shallow water. These colonies, up to 180 km offshore, are a surprising new finding.

Dr. Phil Trathan, Head of Conservation Biology at BAS, has been studying penguins for the last three decades. “Whilst it’s good news that we’ve found these new colonies, the breeding sites are all in locations where recent model projections suggest emperors will decline,” he said in a statement. “Birds in these sites are therefore probably the ‘canaries in the coalmine’ – we need to watch these sites carefully as climate change will affect this region.”