Researchers have created stiff, recyclable hydrogels that can be broken down into their base components and reshaped on demand. 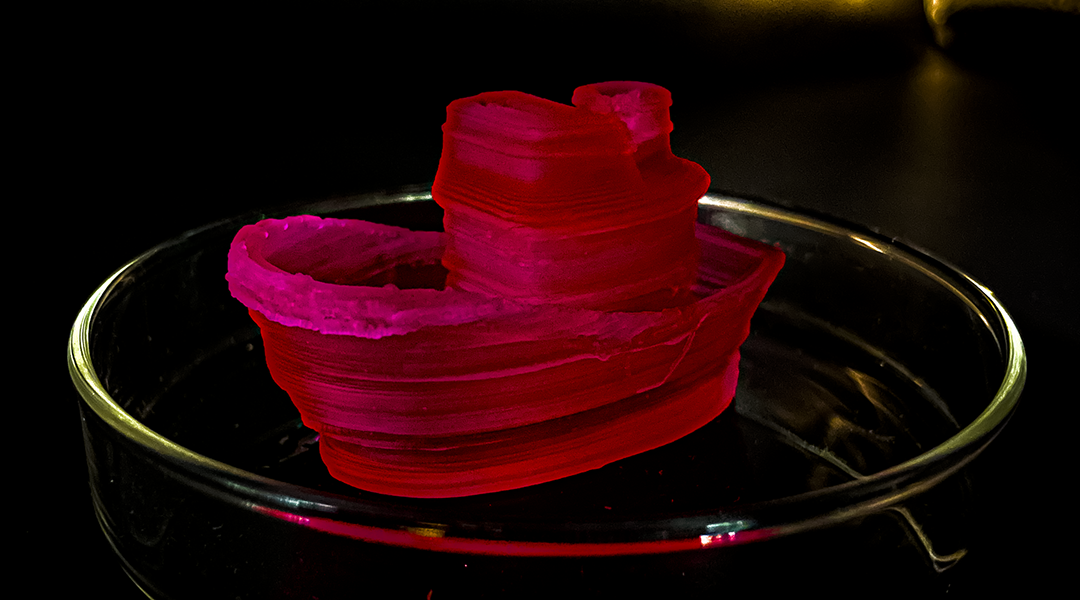 Hydrogels have found extensive use in materials, biomedicine, and tissue engineering. Made from interlocking networks of water-absorbing polymers, hydrogels have afforded scientists the ability to treat diseases, create flexible robots, and even purify water, among many other applications. However, like other polymer-based materials, hydrogels are not recyclable, do not always breakdown easily, and in some cases persist in the environment after being discarded, contributing to a significant global plastic pollution problem.

Recyclable polymers are becoming increasingly important to reduce the ecological impact of plastic and hydrogel waste, say researchers from the École Polytechnique Fédérale de Lausanne (EPFL). Led by Professor Esther Amstad, this team has recently published a study in Small in which they report a recyclable, 3D-printed hydrogel that could be a game changer for exploratory studies requiring these materials.

In addition to contributing to plastic waste, a shortcoming of hydrogels is their soft nature, which makes them difficult to mold into stable 3D shapes, limiting their application outside of biomedicine. To get around this challenge, Amstad and her team produced a stiff double network granular hydrogel made up of poly(2-acrylamido-2-methylpropane sulfonic acid) microparticles that can be broken down into its base components and reused as a 3D printing ink when required.

Double network granular hydrogels are not a new technology; however, in previous examples reported in the literature, these hydrogels remain soft as the connection between polymers and particles within the hydrogel network remain weak and flexible. Amstad’s team created an alternative in which the microparticles are strongly linked through reversible covalent bonds which form a percolating network. “The resulting double network granular hydrogel displays the highest stiffness that has been reported for 3D-printed hydrogels,” said Amstad.

The microparticles used in the study also have an added advantage: “These materials are composed of particles with diameters the size of a human hair,” Amstad explained. “They can be densely packed and are ideal for 3D printing [because when] pushed through a nozzle, they become fluid-like. As soon as they exit the nozzle, they become solid-like, retaining the 3D-printed or extruded shape.”

Once printed, the hydrogel structure is stabilized through a polymerization reaction to form a crosslinked network. The result is a tough and stiff hydrogel that can then be degraded by dissolving it in a solution of tris(2-carboxyethyl)phosphine (TCEP), which breaks up the covalent bonds. The components can then be reused for the preparation of a new ink, which renders this process thrifty and sustainable, wrote the authors in their paper.

The team was able to demonstrate their technology’s utility by 3D printing a face, a boat (article’s feature image), and a working wrench that could be used, dissolved, and recreated to better suit its task. This approach is not limited to the hydrogel components described in the study either. “I think this is one of the strengths of our paper, that the method is generally applicable,” said Amstad.

This work demonstrates the ability to combine strong mechanical properties with recyclability. The team hopes their recyclable hydrogel will serve as a source of inspiration for the fabrication of next generation 3D-printed sustainable hydrogels, and maybe even for more sustainable plastic replacements.