Graphene sensors with high-resolution features are produced on flexible tapes for wearable electronics via a simplified drop-cast-and-transfer process. 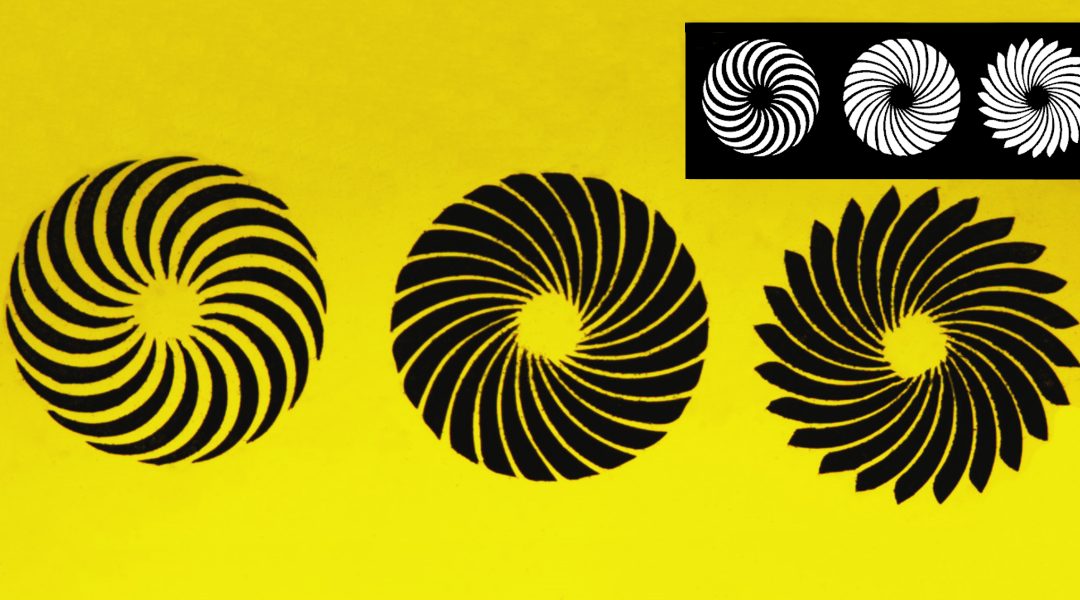 Many types of wearable sensors are already commercially available. They have come far from the simple but chunky blood-pressure monitors and step counters of the recent past toward more discreet, skin-based sensors that can provide real-time data on a greater variety of health indicators. These sensors can be attached to almost any part of the body and can either feed data wirelessly into health-monitoring apps on mobile devices or, in some cases, provide a direct visual readout.

The variety and use of such sensors seems virtually unlimited—what remains is to make them commercially viable by designing their easy, large-scale manufacture. To this end, researchers from Iowa State University, USA, have developed a method for the production of graphene-based sensors that allows them to be printed at high volume on flexible, wearable tapes.

The new method simplifies the patterning and transfer of graphene features onto a variety of flexible tapes for the production of graphene sensors.

Graphene is conductive, but unlike many other conductive materials, it is atomically thin and highly flexible, making it an ideal candidate for the formation of small-scale circuitry in all sorts of wearable devices. For such applications, it needs to be combined with a flexible substrate material, often plastic. Here, polydimethylsiloxane (PDMS) is used as a substrate, and graphene ink is drop-cast into patterns prepared on the PDMS surface. 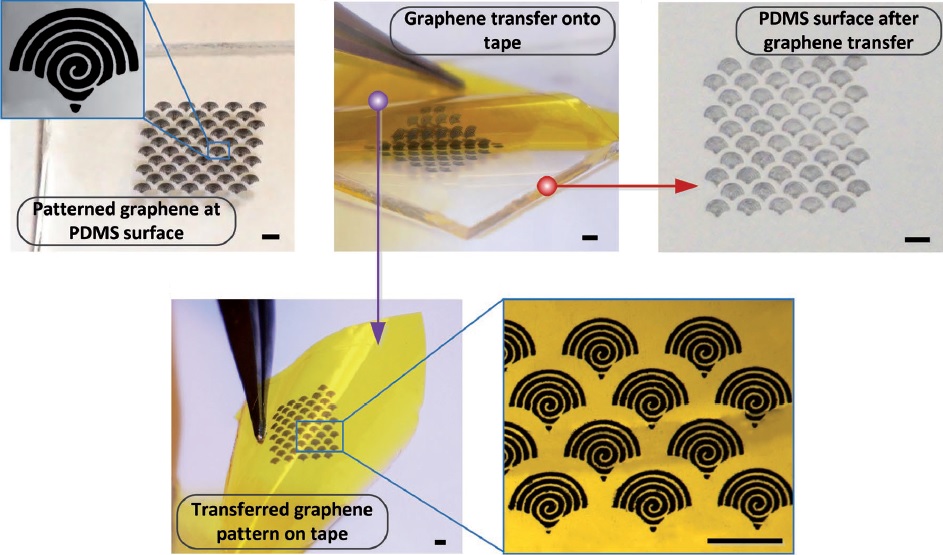 This process allows the reproducible transfer of high-resolution graphene features onto flexible substrates.

The graphene structures were then transferred onto a variety of flexible tape substrates via what the researchers call a ‘Stick-and-Transfer’ process. This technique can provide reproducibility in terms of the number of graphene layers transferred, and therefore the thickness of the circuits—an advantage which the Scotch tape method (mechanical exfoliation) is unable to offer. It also trumps the feature resolution of other currently used transfer techniques, while requiring few steps with minimal complexity. 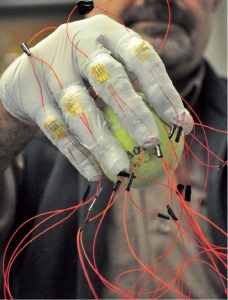 A smart glove uses graphene sensors to track the pressure and strain on finger joints as the subject catches a tennis ball.

Two different sensing applications were demonstrated for the tape-based graphene sensors: a relative humidity sensor attached to a maize leaf allowed the estimation of the rate of water movement from the roots of the plant to its leaves, and a set of sensors were used to form a ‘smart glove’ that could monitor strain and pressure in the finger joints as the subject wearing the glove caught a tennis ball.

See the results of the demonstrations and further fabrication details in the Full Paper in Advanced Materials Technologies.

Interested in wearable electronics or in graphene specifically? Try this further reading: