A cryo-transmission electron micrograph of a new gene delivery system called exo-AAV. The adeno-associated virus vector (AAV) is packaged within a lipid bubble called an exosome. Multiple AAV vectors can be observed as dark structures inside the larger spherical exosome structure. 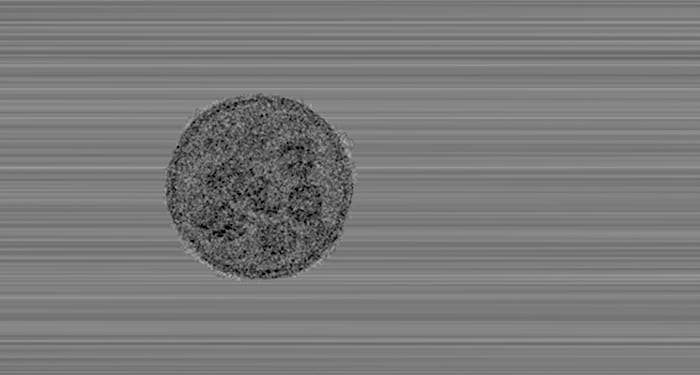 Gene therapy is a field of medical research which aims to correct a disease at the level of DNA. This entails delivery of corrective DNA to the particular organ or cell type affected by the disease. Currently the most efficient way to achieve delivery of nucleic acid to cells is using what is called a “virus vector”. A virus vector is based on a naturally occurring virus that has been rendered harmless through genetic engineering. As viruses have evolved to efficiently deliver their genetic payload to humans cells, virus vectors can be engineered to deliver corrective human DNA/genes to treat disease.  In the past 15 years, major progress in clinical trials of gene therapy in patients have been made for diseases such as severe combined immunodeficiency disorder, blindness, and hemophilia.

Basic research as well as clinical trials have revealed barriers to efficient gene delivery for some patient populations and certain cell types. A major barrier to efficient gene transfer is the patient’s own immune response, which can recognize the virus vector as foreign and render it inactive before it can perform its function. We have developed a gene delivery system using tiny, naturally produced cellular “bubbles” called exosomes to help overcome some of these obstacles. The virus vector, adeno-associated virus, or AAV for short, is “packaged” within these exosomes. In pre-clinical models of human disease, we have found that exosomes act to increase the delivery of AAV to particular cell types as well as shield the vector from components of the immune response. This gene delivery system, called exo-AAV, is currently being developed as a next-generation platform for gene therapy. Read more in our recent review article in WIREs Nanomedicine and Nanobiotechnology, “Extracellular vesicles: nature’s nanoparticles for improving gene transfer with adeno-associated virus vectors.”

Contributed by the authors (text and image).