Nanotetrapods Give Lasers a Boost 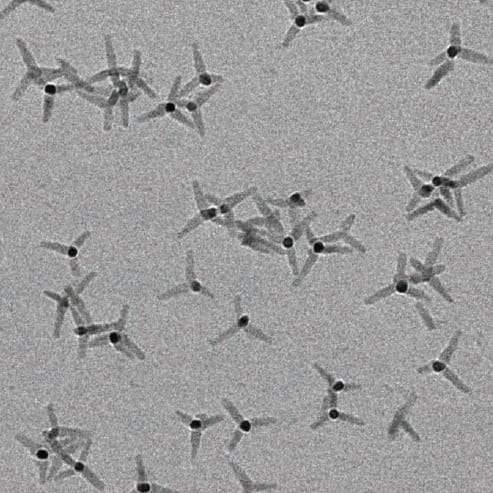 Optical gain media are materials applied in optical amplifiers or in lasers to compensate for optical losses. Colloidal semiconducting nanocrystals are being investigated for use as optical gain media due to ease of fabrication and adaptable surface chemistry.  So far, however, limitations intrinsic to nanocrystals have been an obstacle to practical applications.  In particular, Auger recombination due to the intrisic properties of nanocrystals mean that high excitation pump intensities and high volume fraction of nanocrystals are required to achieve amplified stimulated emissions (ASE) and lasing.  Now researchers from the National University of Singapore and Nanyang Technological University have reported in Advanced Optical Materials an optical gain media based on CdSe-seeded CdS tetrapod nanocrystals. 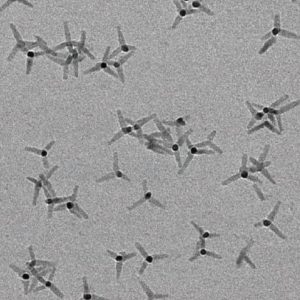 The tetrapod geometry allows more photons to be capture and also supresses Auger recombination, such that ASE has been achieved in a device with a relatively low volume fraction of optical gain media (about 6 %) and without high excitation pump intensities.  These results not only bring semiconductor nanocrystals closer to application as optical gain media, but the author believe this is the first report of ASE using such a material.