New silica microsphere films mimic the striking color display of the Morpho butterfly, with the added advantage of material flexibility. 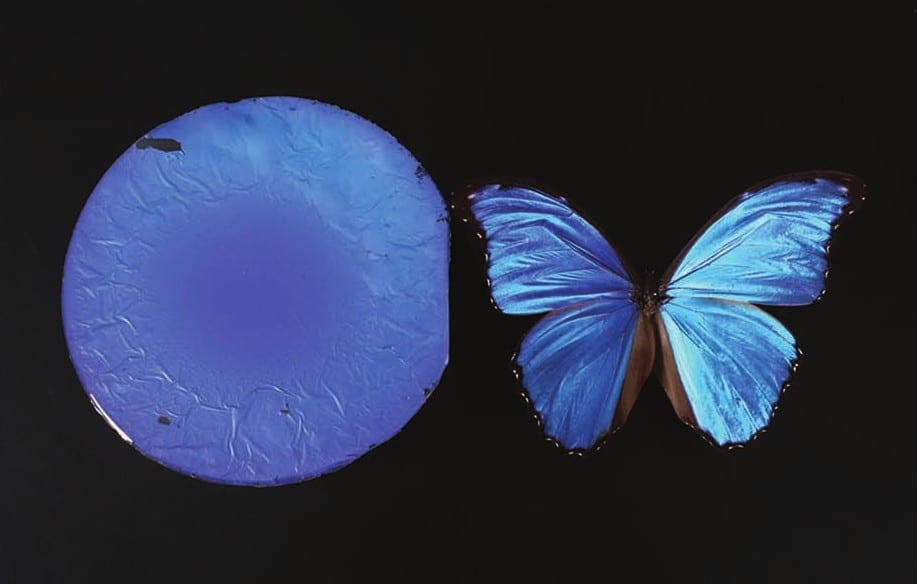 The beauty of butterflies has fascinated humanity over centuries. Perhaps one of the best known is the Morpho butterflies, whose bright, metallic blue wings have been reported to be visible even from low-flying aircrafts. This striking appearance arises from a complex interaction between order and disorder that is played out across many lengths scales, from tens of nanometers to hundreds of micrometers. 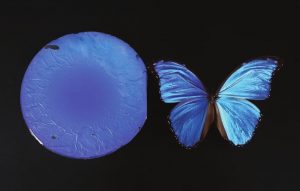 A comparison of color: the researchers' film next to a Morpho butterfly.

While fascinating, such complexity has, until now, been difficult to reproduce in a man-made structure. In new work, a group has reported a breakthrough: they have used a combination of a silica microsphere baselayer and a dielectric multilayer to induce self-assembly of thin films that not only reproduce, but actually outperform the Morpho butterflies in providing stable color and brightness  over a wide range of viewing angles and directions. Expanding on this structure, they moved beyond the limits of natural butterfly wings by creating a flexible thin-film color reflector that, unlike real Morpho wings, can be bent and folded freely, and yet retains its Morpho-mimetic photonic properties.