Researchers made a simple and straightforward modification to the conventional method of thin film deposition to establish an easier procedure for the production of micron size wedge thin films. 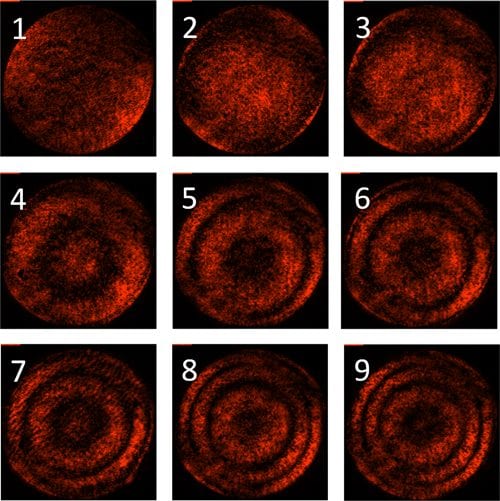 Wedge structures have been traditionally utilized for different kinds of applications, either at macro-, micro-, or even nano-scales. In optics, a macroscopic wedge structure formed by two optically transparent plates is the basis of a classical optical device that yields interference patterns where the separation between individual fringes relates to the slope of the wedge. It is also in this field – optics and photonics – where nano-/micro wedge or tip structures are having a major scientific and technological impact. For example, interference fringes associated to the wedge/convex surfaces of water microdroplets have been used to unravel the nature of microparticle/surface interactions. Similarly, hybrid plasmonic wedge structures have been recently proposed for THz wave guiding. 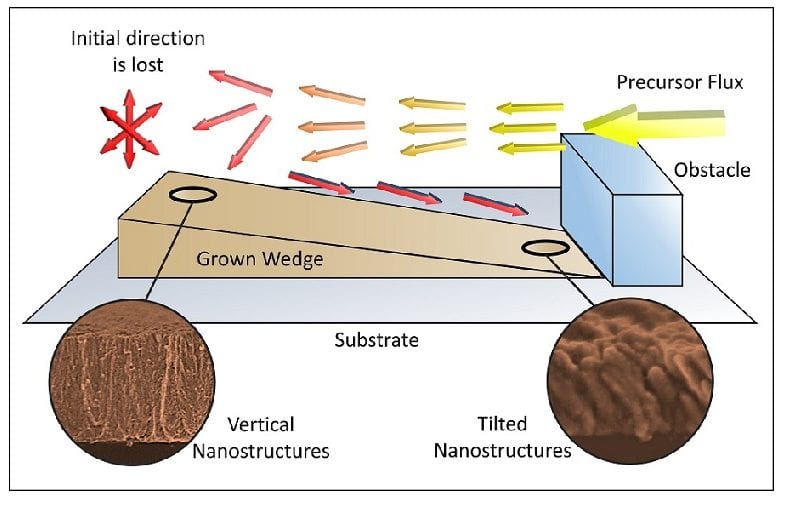 Although micron scale wedge thin films with a controlled variation of optical properties are of interest for metrology and other optical and photonic applications at the microscale, the preparation of such kind of devices is not straightforward: neither by conventional thin film deposition techniques nor by patterning or similar procedures intended for homogeneous deposition or lateral repetition of well-defined features, respectively. The majority of these photonic structures are fabricated using complex lithography or similar procedures that are very demanding in terms of instrumental capabilities and operating conditions. 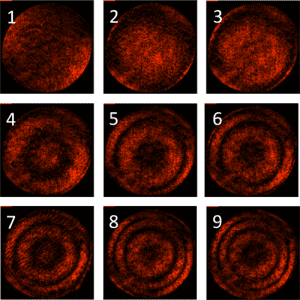 Series of interference patterns for the S2 thin film with t/L = 0.022 along the wedge and after-wedge zones. Distance step along the wedge zone between images from 1 to 7 is 30 μm and 300 μm for images 8, 9 in the constant thickness zone

In a new study conducted by multiple researchers from the National Research Council in Seville and The Polytechnic University in Madrid, Spain a simple procedure leading to the formation of micron size wedge thin films has been developed. It relies on a conventional method of thin film deposition, the so called Plasma Enhanced Chemical Vapour Deposition, in which a volatile precursor of a metal element is dosed in a low pressure plasma of oxygen to induce its decomposition and the deposition in the form of an oxide thin film.

A simple, but straightforward modification of this procedure applied to the deposition of ZnO, has been used to grow wedge thin films of different lengths and slopes according to requirements. The outstanding optical properties shown in the study, published in Plasma Processes and Polymers, support the use of wedge films as references or standards for optical metrology with micron size lateral resolution to test ellipsometry and reflectometry optical tools.

The researchers also believe that the developed plasma procedure could be extended for the bottom-up fabrication of more complex optical structures by the incorporation of a set of properly designed obstacles and suitable precursor dispensers during PECVD of films. These structures should provide a precise control over optical properties of materials in micro/nano devices for a large number of applications where PECVD methodologies based on controlling the laminar flow of precursor molecules would be a straightforward alternative for the bottom-up fabrication of optical micro-devices.